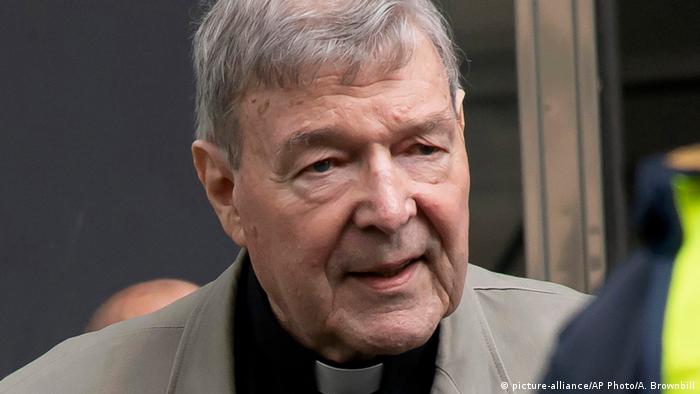 A total of 30 Australian editors, reporters and news organizations will likely stand trial this year for contempt of court, said a judge at a pre-trial hearing on Tuesday. The defendants allegedly broke a gag order intended to stop them from publishing details of Cardinal George Pell's 2018 child sex abuse conviction, which was later quashed on appeal.

The case was getting "long in the tooth" and so should go to trial this year if possible, said Victorian Supreme Court justice John Dixon. He put forward November 9 as a "tentative" date.

A court issued a suppression order to Australian media in 2018, banning it from reporting details of Cardinal Pell's 2018 conviction for sexual abuse of two boys in Melbourne in the 1990s. It was issued in order to stop information from prior proceedings from influencing a second trial – which was later dropped.

Local media refrained from mentioning Pell or his previous convictions, but ran articles complaining they were being prevented from reporting on a story of major public interest. They were then accused of breaching the order and "scandalizing the court" with those reports.

Barrister Matt Collins, representing the media, told the court Tuesday that the journalists "are very anxious for these matters to be resolved finally."

"They have had these matters hanging over their heads for far too long," he said.

Collins also argued against the case being held as a single trial, which is what prosecutors are calling for. It would be an "injustice" for journalists from rival firms to face trial at the same time as such allegations "would never be heard together" ordinarily.

Is press freedom being constrained?

The targeted news organizations, including Media mogul Rupert Murdoch's news outlets, have continuously disputed the contempt of court charges. Some of the defendants were dropped from the case earlier this year.

Press freedom and civil liberties groups say so-called suppression orders are over-used by Australian courts. They argue that they have failed to take into account changes in the way news is disseminated online and via social media.

The case is scheduled to return to court on July 23 for another pre-trial hearing.

Several Australian media outlets have been accused of breaching a gag order related to the sex abuse trial of Cardinal Pell. A lawyer told a first hearing the charges were unprecedented in Australian legal history. (15.04.2019)

The former archbishop of Melbourne is seeking to overturn a six-year sentence for molesting two teenagers. Pell is the highest-ranking Catholic Church official ever convicted of child sex abuse. (10.03.2020)