Dozens of journalists in Australia who reported on Cardinal George Pell's trial could face jail time. Pell's trial was subject to a gag order due to another trial in which he faced more sexual abuse allegations. 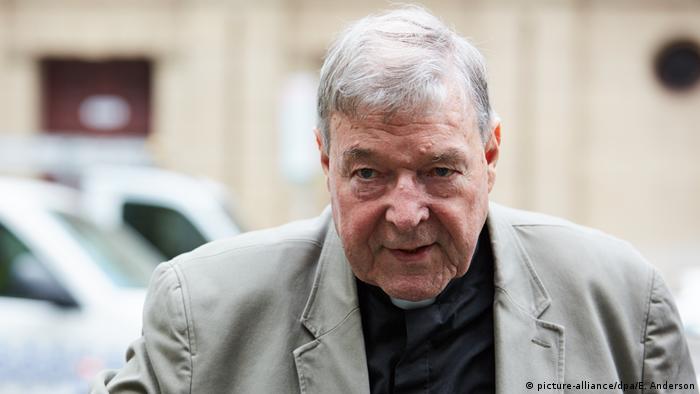 Up to 100 journalists in Australia could face jail time for their coverage of the trial of Cardinal George Pell. Local media reported they received letters from Victoria state's director of public prosecutions, Kerri Judd, threatening them with contempt of court charges.

On December 11, a jury found Pell guilty of molesting two 13-year-old boys, but a suppression order meant publishing details of the Pell trial was banned "within all states and territories of Australia and on any website or other electronic or broadcast format accessible within Australia," according to the suppression order document.

Some major international news websites such as that of The Washington Post and the New York-based Daily Beast did publish news of the guilty verdict, but many of these articles were taken down once the suppression order became apparent.

Other international organizations, including DW, made the decision not to report on the verdict due to the gag order, but Andrew Kenyon, a law professor at the University of Melbourne, told DW that "the international reach of suppression orders is a difficult issue."

"It is not likely that the order would be enforceable against an international media entity," Kenyon said. "But one that had an office in Australia might be made subject to the order more easily."

Kenyon said that action may be taken against journalists who were in court and provided stories to international media, but this was not yet clear.

He added that media companies outside of Australia may follow suppression orders in a show of "good citizenship" rather than a clear legal obligation.

Why there was a suppression order: The suppression order was put in place because Pell was facing a second trial in relation to separate alleged sexual offences involving the indecent assault of two boys in a swimming pool when Pell was a priest in Ballarat in the 1970s. "The order was intended to protect that trial, so the jury in the later trial would not know Pell had already been found guilty of other charges," Kenyon explained.

On Tuesday, the suppression order was lifted after the charges in the Ballarat case were dropped, and media were able to openly report on the December 11 verdict.

The role of suppression orders and the media: Following backlash from the media and commentators, Victoria's Director of Public Prosecutions Kerri Judd released a statement defending gag orders in June last year. "Sometimes the unrestricted reporting of a case by the media will compromise the right to a fair trial, lead to national or international security concerns or lead to the inappropriate identification or location of vulnerable members of our society."

Kenyon told DW that there was "a long-term trend towards more judges expressing the view that jurors can be directed to decide the case before them [based] on the evidence in court and ignore other material," but that it was still a controversial issue. He added that the role of the internet meant gag orders were much less likely to be effective.

The Vatican will launch an internal probe into Cardinal George Pell after he was found guilty of abusing two boys. The inquiry could see the top cleric and former adviser to Pope Francis expelled from the priesthood. (27.02.2019)