An Australian lobby group for Facebook and Google has said its members would move to label and remove false content. Lawmakers have said they would not change a proposal to make the companies pay news outlets. 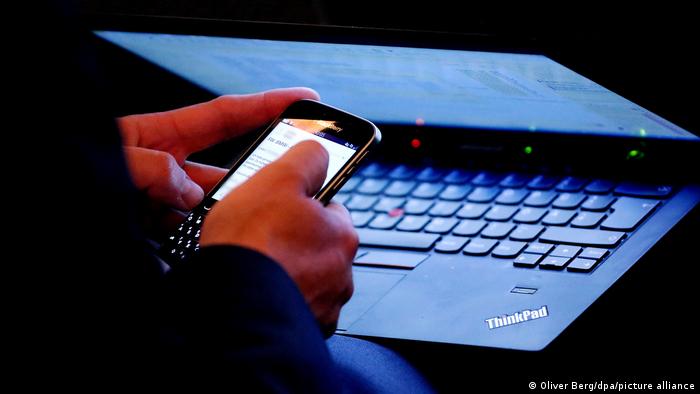 Big Tech firms in Australia have unveiled a host of new regulations to curb the spread of disinformation online, following pressure from lawmakers.

The lobby group DIGI, which represents Facebook, Google, Twitter, Microsoft, TikTok and Redbubble, said Monday that its members had agreed to adopt the code which includes labeling false content on their platforms, removing fake content and prioritizing credible sources of information.

Why did companies agree?

Online advocates across the globe have called for greater regulations regarding disinformation in recent years, particularly as the amount of false content increased substantially during the coronavirus pandemic.

Under the voluntary code, the companies have also committed to identifying and stopping unidentified accounts, or "bots," disseminating content, as well as informing users of the origins of content and publishing an annual transparency report.

The measures are aimed at targeting paid and political advertising, as well as content shared by users.

"All signatories commit to safeguards to protect Australians against harm from online disinformation and misinformation, and adopting a range of scalable measures that reduce its spread and visibility," DIGI said in a statement.

False, misleading content has 'potential to cause serious harm'

Australia's Communication and Media Authority (ACMA), which will supervise the code's implementation, said that in 2020, more than two-thirds of Australians expressed concern over the prevalence of online misinformation.

"False and misleading news and information online — like that spread through the 2020 bushfires and the COVID-19 pandemic — has the potential to cause serious harm to individuals, communities and society," ACMA said.

ACMA chair Nerida O'Loughlin called the code a "flexible and proportionate approach" to the risk of harm posed by misinformation.

Signatories agreed to report to the government on initial compliance with the code by the end of June, and then issue annual reports after that.

The new regulations come as Australia said it would not change proposed laws that would make Alphabet Inc's Google and Facebook pay news outlets for content. Big Tech firms have largely protested the move.

In response, Facebook has abruptly blocked all news content and several state government and emergency department accounts. However, Australia's most senior lawmaker in the upper house said there would be no further amendments to the law.