The United Kingdom is among the countries leading the world in the COVID-19 vaccine rollout. But it's also facing a disinformation pandemic of its own. What will it take to stop the spread? 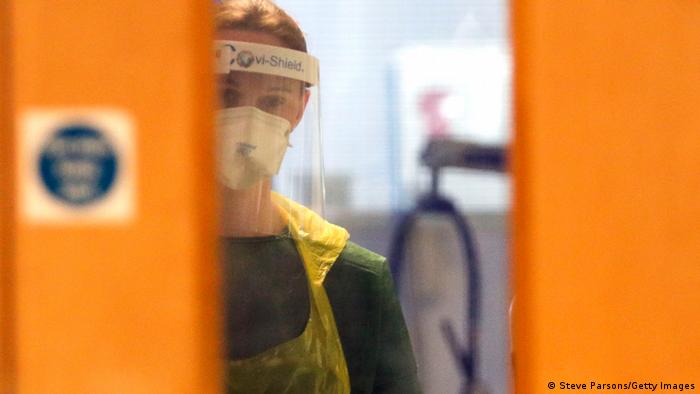 In a bid to protect millions of people, the UK launched its largest-ever mass-vaccination program

Over the past month, more than 4.6 million people across the United Kingdom have received their first dose of either the Oxford-AstraZeneca or the BioNTech-Pfizer vaccine against COVID-19. The plan is to be vaccinating at least 2 million people per week by the end of January.

Still, many people — as much a third of the population — are still unsure of whether or not they will take the vaccine, citing everything from concerns over side effects to distrust of government authorities.

"Our government's response to the pandemic was always about the vaccine," said Sophie Harman, an international politics professor at Queen Mary University in East London with a specific interest in global health.

The UK government's Cabinet Office Rapid Response Unit's top priority is now scouring the internet to identify coronavirus anti-vaccine content, and either remove it or counter it with correct information.

While a distrust of vaccines is often associated with elaborate conspiracy theories, Harman told DW that it's important to distinguish between the highly politicized anti-vaxxer movement, which is pushing alarmist narratives, and ordinary members of the public who have legitimate questions or concerns about the vaccine. 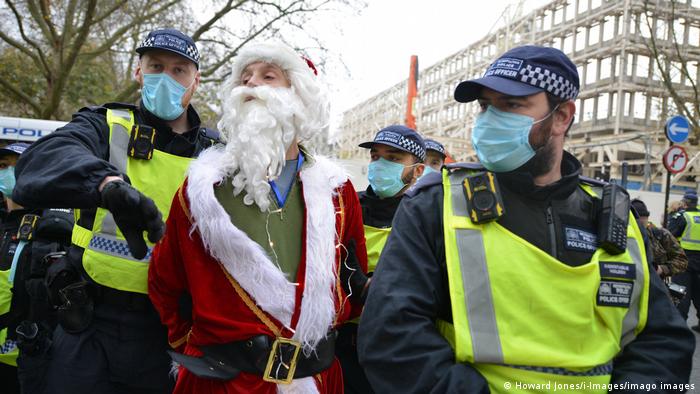 "The anti-vaxxer movement is a coordinated campaign that is trying to make this into a political issue," she said, referencing the decades-old movement known for discouraging mothers from taking their children for routine vaccinations to, more recently, using online platforms to spread theories that COVID-19 is a deep state conspiracy.

"Most people who are vaccine hesitant do not think that Bill Gates is trying to kill them," said Harman. Adding that most people who fall into this category have been swayed by misleading news sources, or mistrust authorities due to past discrimination.

"It is important not to stigmatize people who are vaccine hesitant," she stressed. "If we stigmatize them, they will go to people who don't judge them — who are often the extreme anti-vaxxers."

A recent report from the London and Washington-based Center for Countering Digital Hate (CCDH) revealed that over the past year, the anti-vaxxer movement has doubled down on its social media efforts. The campaign has capitalized on some of the most common concerns to spread disinformation, while sowing fear and distrust among vulnerable groups.

"Our core finding is that the anti-vaxxer movement will tailor their messaging to different communities," said Imran Ahmed, CEO of the center.

In the United States, many of these messages specifically target the Black community, drawing on examples such as the Tuskegee experiment to support the narrative that vaccines and other medical treatments come with a racist agenda. The infamous study, which ran from the 1930s into the 1970s, saw Black men in Alabama left untreated for syphilis so researchers could learn about the disease. In the UK, these messages have targeted Muslim and other ethnic and religious minorities.

"Now we are seeing language questioning whether or not the vaccine is halal," said Ahmed, pointing out how UK-based anti-vaxxers have tailored their language to fit the concerns of the targeted community.

"But it is everyone — for moms, they make it about their children's health. For people who care about health and wellness, they use the language of pseudoscience that is so common in the wellness industry," he said.

Experts say that if the UK government is going to reach its goal of vaccinating 70% of the population to achieve herd immunity against COVID-19, everyone from health professionals to community leaders will need to address these concerns with reliable, trustworthy information.

"We need to have a presence in ad hoc spaces that people are taking advantage of," said Ahmed, speaking to the need for health professionals to engage with people in local Facebook groups and residence associations, where this kind of misinformation is most common.

Now, people from doctors to celebrities and influencers are using the same social media spaces to make sure they reach people with the right information.

"Lots of people have questions," said Dr. Will Budd, a research doctor who has recently taken to TikTok under the handle @dr_will6 as a part of the UN-sponsored TeamHalo project to connect vaccine experts with the public over social media. Given its success, UK government officials are working with other influencers to try to reach more people.

While Dr. Will Budd focuses on answering questions of "vaccine hesitant" people living in the United Kingdom, TeamHalo is a global initiative with ambassadors tailoring their messages for audiences around the world.

Some TeamHalo ambassadors show themselves getting the vaccine and update their followers on any side effects. Others describe how vaccines are shipped and distributed, letting ordinary social media users in on every detail of the inoculation.

"Of course, there are a few anti-vaxxers and they're almost impossible to engage with," he continued. "But most of the time, people tell me that they learned something."

Fact-checking meets its greatest challenge to date: The COVID-19 infodemic

The COVID-19 pandemic has changed the nature of fact-checking from a primarily journalistic tool to a weapon in the fight against dangerous information-sharing practices and disinformation campaigns.