The memorial is the latest organization to pull out of the fair over the presence of publisher Altaforte. Altaforte publishes work supporting neo-fascist party CasaPound and the upcoming book of Deputy PM Matteo Salvini. 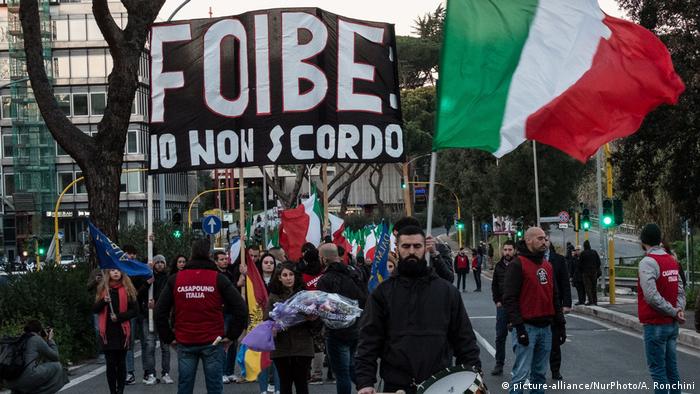 The Auschwitz-Birkenau Memorial and Museum said on Tuesday that it will boycott the upcoming Turin Book Fair in Italy after the fair refused to cut ties to a publisher with close links to Italy's neo-fascist CasaPound party.

Halina Birenbaum, an Auschwitz survivor and writer, was due to appear at the Salone Libro Torino event scheduled for May 9 to 13 in association with the museum.

"We cannot ask the survivors to share the space with those who question the historical facts that led to the Holocaust, with those who re-propose a fascist idea of society," the museum wrote on Twitter.

Publisher: 'Anti-fascism is the real ill'

The publisher in question is Altaforte, whose director Francesco Polacchi told Italian news agency ANSA: "I am a fascist. Anti-fascism is the real ill of this country."

ANSA reported that the city government of Turin and the regional government of Piedmont have asked prosecutors to charge Altaforete and Polacchi with promoting fascism, which is a crime in Italy.

In response, the fair wrote on Twitter that if the event "has become an opportunity to address this issue"  then it will have served an important purpose in Italian culture.

CasaPound is named for Ezra Pound, the American poet who lived for a long period of his life in Italy and was an avowed supporter of fascism.

Protesters have gathered to denounce racism after an Italian man opened fire on African migrants in Macerata. Immigration has become one of the most important political issues in the run-up to parliamentary elections. (10.02.2018)

To general consternation, educational courses are to be held at a secluded monastery to create a populist political vanguard capable of "launching an assault on Europe." Megan Williams reports from Collepardo. (15.03.2019)