Attacks against Muslims on the rise after Paris strikes | Europe | News and current affairs from around the continent | DW | 26.11.2015

Hatemongers in several European countries have been targeting Muslims after the Paris attacks. Advocates say people need to develop strategies for reconciliation rather than demonize Muslims en masse. 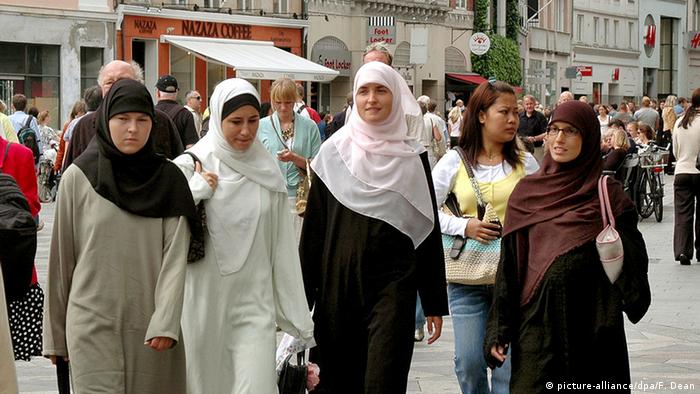 "Attacks against Muslims began the very same night of the Paris attacks," Yasser Louati of the Collectif Contre l'Islamophobie en France (Collective Against Islamophobia in France) told DW. The CCIF has received several reports and pictures of vandalized mosques and restaurants owned by Muslims since November 13, when militants killed 130 people in Paris, Louati said.

Louati cited several examples of hate crimes against Muslims in the past few days alone. In Nanterre, a woman with a 5-month-old baby was pushed and cursed at by an old man. "In Marseille, in the south of France, a young girl was punched in the face and hit with a box cutter blade on her chest," Louati said. Most female victims were wearing some form of religious attire at the time of the attacks, making them easy targets, he said, adding that the government of France had done little to condemn attacks against Muslims.

Tell MAMA, a Britain-based NGO that tracks hate crimes against Muslims, has reported that such attacks have increased threefold in the UK since November 13. One hundred fifteen incidents were registered in the week following the attacks alone.

Aiman A. Mazyek, head of the Central Council of Muslims (ZDM), said that attacks were on the rise in Germany, as well, mentioning hate words scrawled on an Islamic community center in the western city of Saarbrücken on November 17. "The vandals wrote 'murderers and pigs' at the entry of the mosque," he told DW.

A case of rising insecurity? 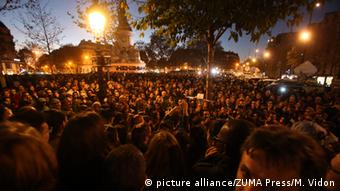 Muslim organizations always have their work cut out for them combating prejudice. After attacks like the one in Paris, Louati finds himself releasing a string of statements to help his fellow residents of France distinguish between extremism and religion.

Mazyek said it was not the responsibility of the roughly 4 million Muslims in Germany to prove their loyalty every time a rogue member of the faith commited a violent act. "Stop asking us to distance ourselves from these attacks," he said. "I use the example of the Muslims who died in the Paris violence: Do they also need to distance themselves from their killers?"

He said that blaming the actions of individuals on broad swaths of society had an alienating effect. "Especially for young people, this feeling can be dangerous, because if they have prejudices against a society they live in and if they generalize these prejudices, then they tend towards radicalization," Mazyek says.

No danger of 'Islamization'

"At this time, many people are reacting badly to Islam and to Muslims because of different reasons," said Yasemin El-Menouar, project manager at Germany's Bertelsmann foundation, which works toward social reform. "We have the PEGIDA movement, which meets every Monday and demonstrates against the Islamization of the West and naturally, after such terror attacks, things like these increase," she said. "That is a fact. People feel very insecure and they think, 'Will something like this happen to us tomorrow?' And a minority uses this as a reason to react." 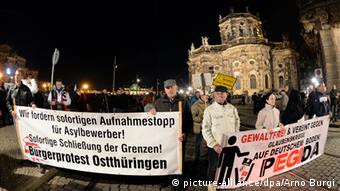 Members of PEGIDA demonstrate against Muslims and migrants in Dresden

The difficulty is in convincing people to not draw imaginary lines between adherents of a faith and extremists who commit acts of terror in the name of religion - not to connect attacks in Paris to refugees in Germany or the long-running question of integration. When these connections are made, "every Muslim is then suspected to be a potential terrorist," El-Menouar said.

Another good idea, she said, would be to define terror as such and not label it as Islamic terror or right-wing terror: "Extremism is one phenomenon and should also be treated that way. And the profiles of right-wing extremists are not very different from Islamists."

French Prime Minister Manuel Valls has warned that extremists could use chemical and biological weapons. The lower house of parliament has approved extending the state of emergency through February 26. (19.11.2015)

In the heart of Europe, Molenbeek's lost generation

The majority of Muslims in the Molenbeek district of Brussels are peaceful citizens. But DW's Jaafar Abdul-Karim worries about a small number of them. How should we deal with it? (24.11.2015)