African states dream of emulating the Asian tigers and become industrialized nations as soon as possible. But experts say that the so-called "African lions" need more than high growth rates to achieve their goal. 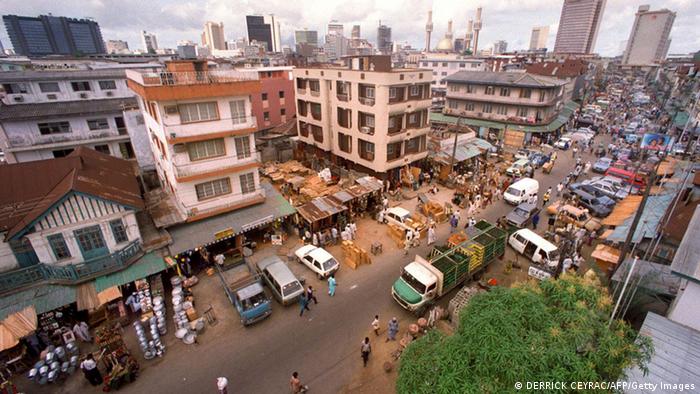 The economies of Sub-Saharan Africa are booming. The World Economic Forum estimates the economic growth rate of the region to be more than 5 percent in 2014; growth in some countries, such as Nigeria and Ghana, is expected to be even higher.Nigeria is now Africa's biggest economy.

Affluent and consumer-oriented upper classes have emerged in many big cities, where glass office towers dot the landscape.

The term "African lions" has long taken hold. It is similar to the term "Asian tiger economies," which refers to countries such as Taiwan, South Korea and Singapore. These economies transformed themselves from "developing" to "industrialized" in just a few decades.

But according to David Owiro, economist at the Kenya-based Institute for Economic Affairs, it is not appropriate to compare "Asian tigers" and "African lions." "Africa's economic growth over the past 10 to 15 years has nothing in common with the development in Asia," said Owiro, pointing out that the Asian countries largely succeeded due to their governments' strict economic policies.

For instance, large state-owned enterprises were created in South Korea, which occupied market dominant positions, Owiro told DW. The expert, however, added that such centralized structures are frowned upon in Europe and as a result, Western states instead stress democratization, good governance and the principles of a free market economy in their development policies towards Africa.

In many of the "African lions," economic growth is largely based on exports of natural resources such as oil and rare earths. For instance, crude oil accounts for 95 percent of Nigeria's exports and the revenues generated are considerable. But the money has so far failed to bring prosperity to the oil-rich nation's general population. 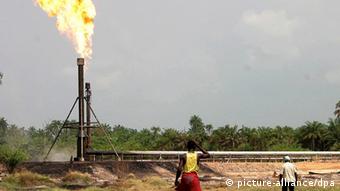 The country's per capita income is 15 times lower than in Germany. However, establishing a solid middle class - with purchasing power and social stability - is a prerequisite for achieving sustainable economic development similar to that in Asian nations. But this development is still too weak in the "African lion" states.

"If Africa does not manage to move away from its reliance on commodity exports, this middle class will simply not form and that will have long-lasting implications for the continent's economic growth," says Judith Helfmann Hundack from the German-African Business Association.

Economist Owiro is also of the view that "growth must have an impact on employment." He says that more industrialization is needed to create jobs. For instance, Owiro explained that instead of exporting cotton and importing goods, textiles could be produced directly in Africa. Likewise, instead of importing pineapple juice from Brazil, juice factories could be built in Africa, thus creating more jobs.

Many well-qualified Africans emigrate to either Europe or the US due to the lack of good job opportunities in their home countries. Furthermore, African elites have little confidence in their governments.

"Instead of investing in their own countries, people save money in bank accounts in either Europe or North America," said German parliamentarian Volkmar Klein, who has been involved in various development activities. In Asia, however, public confidence in their nations' governance structures is "much more firmly anchored," he added.

German writer Ilija Trojanov, who grew up in Kenya and focuses on African issues, says the peculiarity of the Asia model is that "many intellectuals revive their own traditions with high self-esteem, but at the same time make use of Western thought and actions."

This combination has allowed Asian nations to become competitive and develop their own identity, Trojanov told DW, adding that African elites lack this mindset, as they still think in colonial terms. 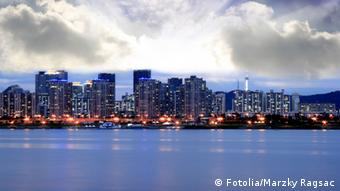 Trojanow believes the African lions still have a long way to go before they can emulate the Asian tigers' success.

Hundack also downplays the current euphoria surrounding African economies, a trend that's evident at the summit of the World Economic Forum on Africa, which began on May 7 in Nigeria's capital Abuja.

"Europe needed a hundred years to become an industrial power and in Asia that process took a few decades. A completely different leap is now required in Africa," Hundack says.

US media are increasingly reporting on and debating their country's presence in Africa. How strong should it be? Is its purpose to bring stability to crisis regions or rather to counter Chinese activity? (09.04.2014)