US media are increasingly reporting on and debating their country's presence in Africa. How strong should it be? Is its purpose to bring stability to crisis regions or rather to counter Chinese activity? 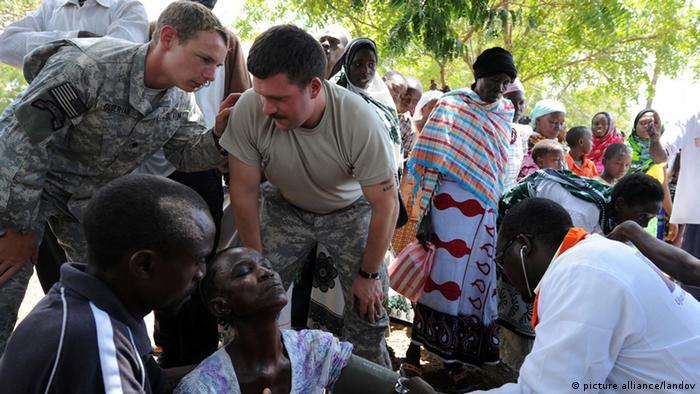 In mid-March 2014 President Obama gave orders for a remarkable expansion of the US military presence in Uganda. The 100 soldiers of a special unit would be joined by a further 150. For the first time, planes would also be dispatched. The troops would be used to help Uganda's government to track down warlord Joseph Kony, leader of the Lord's Resistance Army (LRA). The soldiers wear battledress but may only fight in self-defense.

Is this beefing up just the latest step in a massive expansion of the US military presence in Africa as US media are speculating? Online magazine "Mother Jones" sees a general increase in US operations in Africa. It reports there were 546 examples of military ‘activity' in 2013, attributing this information to General David Rodriguez, commander of the United States Africa Command (AFRICOM) based in the German city of Stuttgart.

Rudy deLeon of the Washington-based American Center for Progress confirms that US activity in Africa has been stepped up. "We are seeing a more aggressive effort in what we call building partnership capacity," he said in an interview with DW. 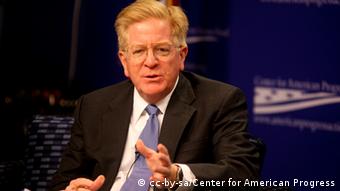 The purpose of this, he said, is to "help local militaries to build up their capabilities for self defense, respect for democratic institutions and respect for the rule of law."

According to the Los Angeles Times, more than 5,000 US soldiers are currently deployed in 38 African states, including Somalia, Libya and Democratic Republic of Congo (DRC).

There is no doubt that Africa is attracting greater interest in US politics. For a long time the continent was seen only as a source of armed conflicts, disasters and famines. The political class recalls the 1994 genocide in Rwanda. Former president Bill Clinton has described his failure to act then as his greatest mistake.

Both the administration and experts have now developed a sense for the strategic value of the African continent, says Jennifer Cooke from the Center for Strategic and International Studies (CSIS), a Washington-based think tank. Among the factors which led to the rethink are security concerns. Cooke says Africa "is one of the most promising environments for extremist groups and transnational criminal networks who are getting pushed out of other areas of the world and may find a haven in Africa."

Somalia, DRC, Mali, Sudan, Libya und Nigeria: the list of African crisis countries is long. In some, such as Mali, the French are active militarily, There is also NATO which leads the military operation in Libya. Units of the African Union (AU) are helping to maintain at least a minimum of law and order. One example here is Somalia.

Shift of emphasis towards Africa

The use of small US units, which operate more in the background, is apparently intentional, not least to avoid any flare-up of anti-American feeling. It is also a consequence of AFRICOM's small budget which Jennifer Cooke describes as "peanuts," compared with the amount allocated to the US operations in Afghanistan or the Pacific. 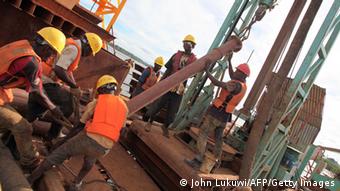 Cooke also warns against overrating the changes in US policy towards Africa. "It's a shift but it's not a pivot. Africa at present doesn't rise to the level of most other regions of the world in terms of our direct interest."

One can argue about the success of the American strategy. "It is still at a very early stage," says Rudy deLeon. He believes that China's interest in oil in South Sudan came as a surprise to many. And he says the dynamic expansion of China's presence in Africa represents a challenge to the US, primarily in the economic sector. As in other parts of the world, the Chinese have massively expanded their economic activities in Africa. Like the Americans and Europeans, they have a great interest in the continent's natural resources. In the last five years the volume of trade between China and Africa doubled from 100 to 200 billion dollars. In comparison: US trade volume with the states of sub-Saharan Africa alone was some 72 billion dollars in 2012.

"Building infrastructure is a big thing that Chinese companies are doing there," says Deborah Brautigam, professor at the Johns Hopkins School of Advanced International Studies. "They are actually rebuilding Africa, with roads, bridges, railroads, airports. You name it, you can see a Chinese company building it."

Rudy deLeon agrees that Chinese interest is focused primarily on economic ties. "The China model is to bring in workers from China. As one official told us recently, the Chinese don't buy so much as a bowl of rice from the local economy." 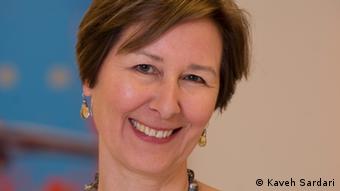 When it comes to securing a return on investment in Africa, China has the reputation of not paying too much attention to human rights, and also of supporting "harsh regimes," says deLeon. Deborah Brautigam says on this point the US is "a little hypocritical. We invest in Equatorial Guinea which isn't a great protector of human rights. We do that for business reasons."

Rudy deLeon believes that in the long term the US strategy will pay off. "The idea behind AFRICOM is less about American investment or even European investment but more about building healthy governance in the region which will ultimately want to control its own resources and its own fate."

US attempts to strike balance in ties with Uganda

The US has agreed to bolster its military presence in Uganda to help hunt down fugitive warlord Joseph Kony, despite Washington’s tense relations with Kampala over the East African nation’s draconian anti-gay law. (27.03.2014)

The US has agreed to deploy additional military assets to help African forces hunt down fugitive warlord Joseph Kony. He is wanted by the International Criminal Court (ICC) in The Hague for crimes against humanity. (24.03.2014)

European and African leaders from some 70 nations are seeking to improve political and economic cooperation between their two continents at a two-day Brussels summit. (02.04.2014)