The US has agreed to deploy additional military assets to help African forces hunt down fugitive warlord Joseph Kony. He is wanted by the International Criminal Court (ICC) in The Hague for crimes against humanity. 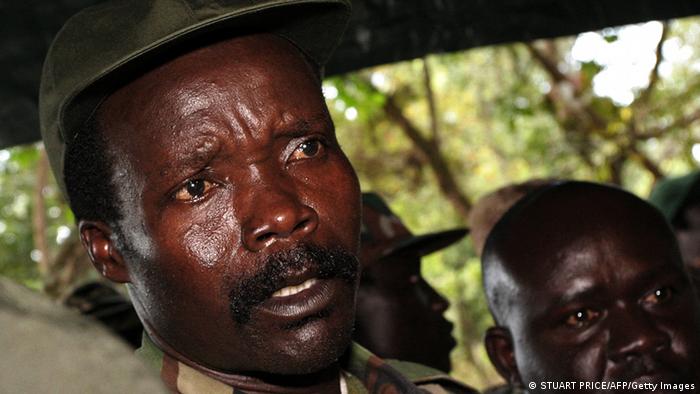 The US has already stationed 100 special forces troops in Uganda to support the hunt for Kony. According to National Security Council (NSC) spokeswoman Caitlin Hayden, African countries requested the additional US assistance.

Ugandan rebel leader Joseph Kony, is said to be in contact with the president of the Central African Republic to discuss his surrender. His LRA rebel group has terrorised the region for decades. (21.11.2013)

"Our African partners have consistently identified airlift as one of their greatest limiting factors as they search for and pursue the remaining LRA leaders across a wide swath of one of the world's poorest, least governed and most remote regions," Hayden said.

African forces in the lead

She added that the additional forces would not change mandate of the US mission. American forces are officially acting in a support role. Although they are combat equipped, they are only allowed to engage the LRA in self-defense.

"African-Union-led regional forces remain in the lead, with US forces supporting and advising their efforts," Hayden said.

Kony is wanted by the ICC for crimes that include rape, mutilation and murder, kidnapping boys and turning them into child soldiers, and using girls as sex slaves. His militant group, the LRA, combines indigenous African beliefs and Christian extremism.

Kony is believed to be holed up with a core of fighters somewhere in the remote jungles of the Central African Republic, northeast Democratic Republic of Congo, or South Sudan.