As mainstream parties flounder, why aren′t the Greens cashing in? | Environment | All topics from climate change to conservation | DW | 24.05.2017

A recent victory for the Dutch Greens belies a wider trend. Ahead of elections In Austria, France, Germany and the UK, the Greens are struggling to woo disaffected voters who have turned away from the center. 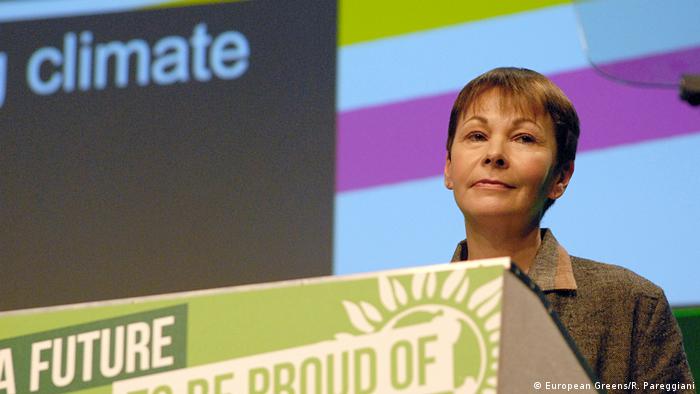 When the British Green Party unveiled its manifesto in London this week ahead of the UK's general election on June 8, it did so with a somewhat defensive tone.

Caroline Lucas, the party's co-leader and only elected MP, acknowledged there were similarities between the "Green Guarantee" she was unveiling and the manifesto presented by UK Labour leader Jeremy Corbyn a week earlier. The UK center-left party "has very clearly been looking at our 2015 general election manifesto," she said.

Lucas had reason to be frustrated. According to polls, the Greens are on course to fall short of their performance in the last election in 2015, when the party scored nearly 4 percent of the vote and got its first seat in the British Parliament.

It is a trend seen across Europe, where Green parties are struggling to attract voters ahead of pivotal elections coming up in the UK, France, Germany and Austria.

At a time when voters are deserting established centrist parties in droves, the Greens should be raking up support. But as these elections loom closer, polls suggest that isn't happening. In fact, they are actually losing voters in many countries.

While Greens are experiencing gains in some countries like Switzerland, Finland and the Netherlands, the Green parties in Europe's biggest countries are seeing a worrying loss of support and could be about to lose seats. 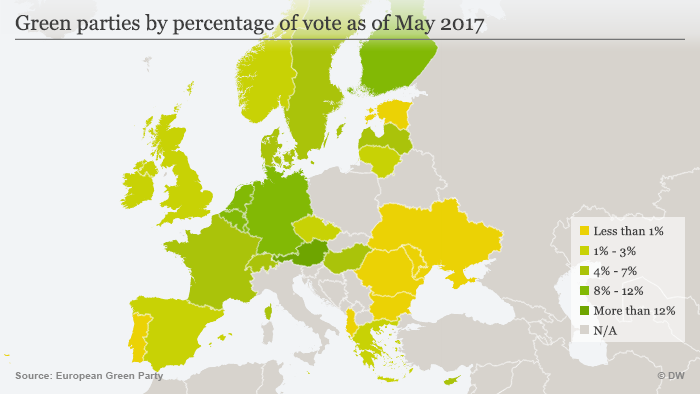 The success of Green parties has varied widely across Europe, with a core of support in Germanic countries

As recently as late March, the Greens were feeling confident. A week before the world's Green parties held their annual congress in Liverpool in the UK, the Netherlands' Greens Party scored a monumental victory in the Dutch general election, going from four to 14 parliamentary seats and taking 9 percent of the vote.

Their charismatic young leader Jesse Klaver was being called the "Dutch Justin Trudeau." Perhaps more importantly, the Greens were credited with stopping an electoral success for Geert Wilders and his far-right Freedom Party.

"Today is a battle over a value set," Mar Garcia, secretary-general of the European Greens, an umbrella group for the national parties, told delegates. "It is Green values that are best placed to win. We have the responsibility to push our societies to take responsibility for the future."

But in the weeks since, things haven't looked so hopeful.

British Prime Minister Theresa May called a snap election at a time when the UK's Greens were low in the polls. France's Greens are polling at around 3 percent ahead of the country's June 11 legislative election first round, compared to the 5.5 percent they scored in the last election in 2012. The French Greens lost nearly half their seats in local elections in 2015, and did not field a presidential candidate this year, for the first time since the 1980s.

Even in the Greens' Germanic power base, upcoming elections threaten to dent their considerable influence. 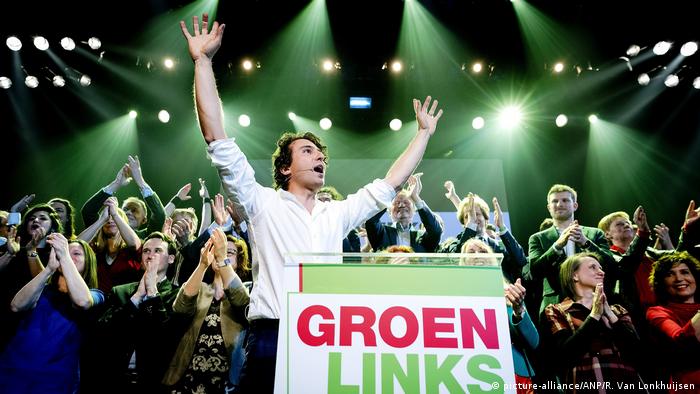 In Austria, last year's victory by Green-backed Alexander Van der Bellen (himself an independent) in the country's presidential election seemed to signal Green success. Austria currently has the highest percentage of elected Green MPs in Europe. But some recent polls ahead of the country's legislative election in October put the Greens at 9 percent, down from the 12 percent they scored in the last election in 2013.

In Germany, the Green heartland where the party has been influential for many years, polls put the Greens at around 7 percent ahead of the country's election in September. They currently make up 10 percent of the German parliament. Recent local elections in Germany saw the Greens lose two seats in the state of Saarland and an astonishing 15 seats in North Rhine-Westphalia.

The result in this state, Germany's largest, gives some clues as to why the Greens are failing to grab disaffected voters. The Greens were part of the governing coalition, which implemented some hugely unpopular cuts to the education budget. For voters, the Greens perhaps didn't represent an insurgency, but rather the status quo.

"The big green issues which have been the raison d'etre for Green parties are now very mainstream," says Maria Demertzis, deputy director of the Brussels-based think tank Bruegel. "Recycling, sustainable development - it's all become part of the program for all parties. It's impossible for a serious party to not have a green agenda."

The Greens have become a victim of their own success, Demertzis says. Even if other parties only pay lip service to environmental issues in their manifestos, voters see don't see the Greens standing for anything that isn't offered elsewhere. Even the manifesto of French far-right presidential candidate Marine Le Pen promised new environmental measures. Many of her statements against free trade and globalization seemed to be stolen directly from Green party platforms from years past. 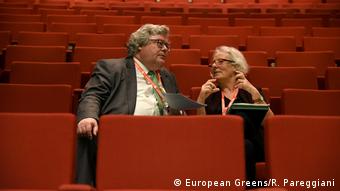 It is a reality that was recognized in Liverpool, where discussion of environmental topics at the congress was minimized in favor of issues like economics, trade and populism.

But for parties formed out of an environmental protest movement in the 1970s, finding common ground on these non-environment issues has been difficult.

Elected Green politicians from the Germanic countries, where the parties have significant influence, have outlined a much more market-friendly, pro-trade approach than those from countries where the Green party is less powerful, such as the US and UK.

Reinhard Bütikofer, a German green MEP who co-chairs the European Green Party, points out there is still time before the German and Austrian elections, and that the Greens managed to hold on to their seats in a regional election in Schleswig-Holstein earlier this year.

But he says the party must find a clearer message of change. "The Greens are successful when they offer themselves as change agents," he says. "In the past Greens have been viewed as a kind of eco-add to other parties, not as a source for orientation but as a junior partner. I think that has to change."

Bütikofer acknowledges that finding consensus within the party on non-environmental issues has been difficult. But he says that's the sign of a healthy party.

"I've never seen the Greens having a completely unified position on almost anything, that's just who we are," he says. "We're a party where the statutes say you're entitled to publicly voice a dissenting opinion. But I don't think that having dissent has ever kept us from being successful. The issue is - are we capable of convincing people that we are having the kinds of discussions that are relevant?"

Demertzis believes that given the Greens' core mission, it will be difficult for them to broaden their appeal to something that can tap into the current wave of populist anger against establishment parties. But even if they were to suffer severe losses this year, the Greens aren't going anywhere.

"Green parties have always been small parties - solid but small," she says. "There will always be a segment of society that votes for that Green label. I find it difficult to believe that they would be eliminated."

A lack of hot-button issues and charisma have been dragging the Greens down ahead of national elections. Nonetheless, they may win a share of power - whether the grassroots like it or not. (15.05.2017)

In German elections it happens frequently that no party emerges with an absolute majority. Coalition negotiations get underway. Here's an overview of which coalitions can be formed in German politics. (15.05.2017)

The party of Trudeau look-alike Jesse Klaver is trying to woo undecided voters two weeks ahead of the elections. Right-wing populist Wilders dominates the debate while Premier Rutte keeps fighting for political survival. (02.03.2017)