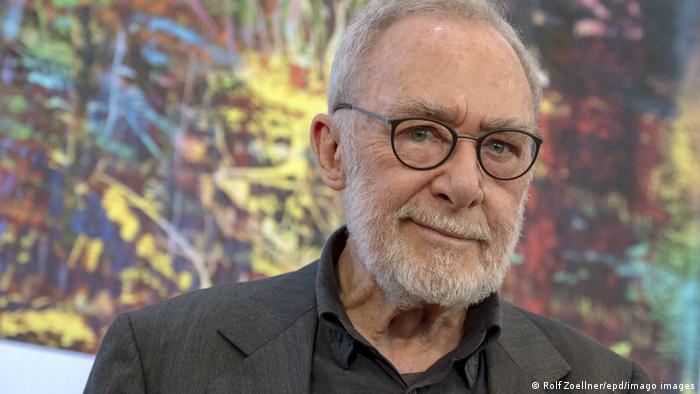 Gerhard Richter could easily walk unrecognized through his adopted hometown of Cologne. Few would gawk at the modest bearded man with glasses. Yet, Richter, who turns 90 on February 9, has been dubbed the "Picasso of the 21st century" and is one of the most successful living artists. His works hang in the world's most important museums and fetch record sums on the art market.

He rarely gives interviews and makes himself scarce in the glamorous art world. "The entire art scene is a huge theater of poverty, lies, deceit, depravity, misery, stupidity, nonsense, impudence," he once said in an interview with German newspaper Die Zeit.

Unlike Picasso, Richter did not use his life story as the subject of his artworks. Quite the opposite, according to Richter biographer Dietmar Elger: "Gerhard Richter always denied painting his private life," he told DW. 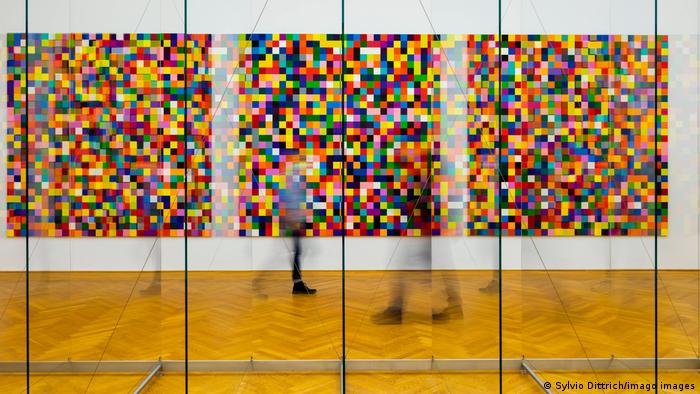 Yet Richter did have something in common with Picasso: stylistic evolution. His desire to experiment with methods and styles is seen in his early Pop Art paintings and his first attempts at abstract expressionism in the early 1960s, which he called "capitalist realism."

Capitalist realism referenced mass media and the banal. It was an ironic response to the official art doctrine of the German Democratic Republic of East Germany at the time, called "socialist realism."

Richter was born in Dresden and left his East German homeland for West Germany in 1961, two months before the Berlin Wall was built.

Soon after, the artist started working on his "Atlas," a multimedia collection consisting of newspaper clippings, photographs, sketches, landscapes and fabrics, among other elements.

It was exhibited at the Documenta in 1997, the international art show that takes places every five years in Kassel, Germany. It has also been used repeatedly in his work over the decades.

He painted landscapes in the Romantic tradition, including seascapes and clouds. He also did still lifes and portraits, carried representational painting into the age of photography. 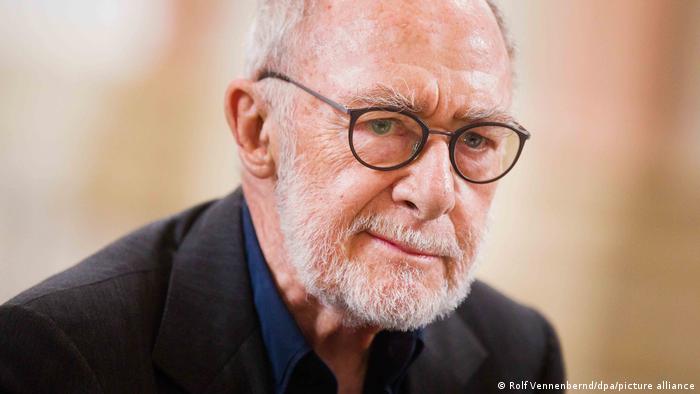 Despite his fame, Richter prefers to stay out of the spotlight and rarely gives interviews

Throughout the process Richter reinvented himself repeatedly — sometimes with photorealistic depictions of nature, installations or with objects like glass and mirrors. Permanent stylistic disruption became the hallmark of his art: "I pursue no intentions, no system, no direction," he said in 1966. "I have no program, no style, no concern."

Yet it's hard to believe — few have explored the possibilities of painting as precisely as Gerhard Richter.

And in the end, he succeeded in doing something many in the art world believed was impossible: "Richter rescued painting in the 21st century," says his biographer Dietmar Elger, head of the Gerhard Richter Archive of the Dresden State Art Collections.

A start in East Germany

Richter was born in Dresden on February 9, 1932, the son of a bookseller and a school teacher. He attended commercial college, took an evening course in painting, and then trained as a sign painter in Zittau. He occasionally helped out as a stage painter at the municipal theater.

When he decided to pursue a career as a professional artist in 1949, the German Democratic Republic was only two years old.

Richter's first attempt at applying to the Hochschule für Bildende Künste, the art university, failed. He had to first prove himself by working for an advertising company before he could begin his studies in Dresden.

These were "formative years" for him, Richter notes on his website: "The great tradition of German painting was only conveyed to me in a very broken form, on the one hand through the ideologizing view of art that we were taught, and on the other hand through the current views of modern art that reached us more or less deformed from the West."

Richter concluded his studies in 1956 with a mural in the German Hygiene Museum in Dresden. It has since been painted over.

In 1961, Richter left East Germany for Düsseldorf, where he enrolled at the State Academy of Art under painter Karl-Otto Götz. Less than 10 years later, he was appointed professor there. 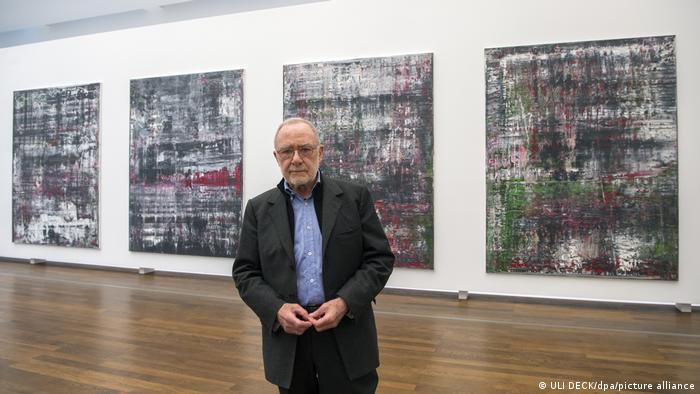 He then moved to Cologne and was successively awarded numerous prizes, including the Golden Lion at the Venice Biennale in 1997.

Richter's works regularly fetch top prices at auction. In fact, he has been at the top of the German ranking "Kunstkompass" as the most sought-after artist for almost 20 years already.

Yet the artist is uneasy about his material success: "There is a complete discrepancy between the value and relevance of art and the insane prices that are paid for it," he told German weekly Der Spiegel in 2005. Germany's Manager Magazin estimates Richter's assets to total around €700 million ($800 million) as of 2019.

When director Florian Henckel von Donnersmarck based his 2018 film "Never Look Away" ("Werk ohne Autor") on Richter's life, the artist distanced himself from the production, saying the movie misused his biography. Nevertheless, the film became a box office hit in Germany.

In 2007, he left the design of his much-discussed window for the Cologne Cathedral to a computer. The computer generated a motif of over 11,000 colored squares filling a glass-stained window which now hangs in the prestigious church. 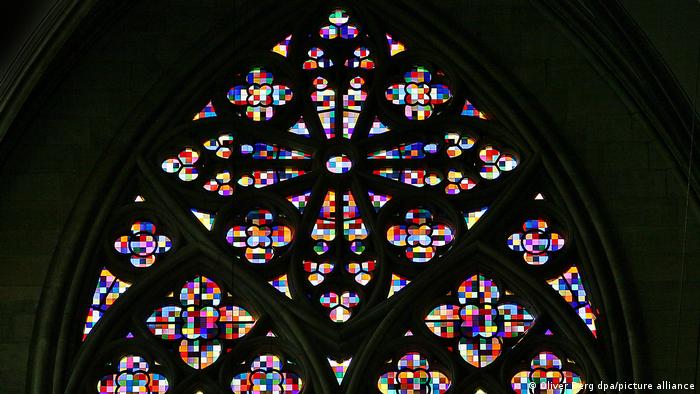 In Dresden and Cologne, several prominent museums are vying for his material legacy.

It seems the Alte Nationalgalerie in Berlin has the best chances: In 2021, Richter gave the museum around 100 works on permanent loan, including his four-part Birkenau cycle, which was based on photographs secretly taken by a Jewish prisoner in the Auschwitz-Birkenau concentration camp.

On the occasion of Richter's 90th birthday on February 9, 2022, Berlin's New National Gallery is showing the artist's books for the first time in a major exhibition. Even if his unassuming appearance does not suggest he's a star, Gerhard Richter remains one of Germany's top artists.