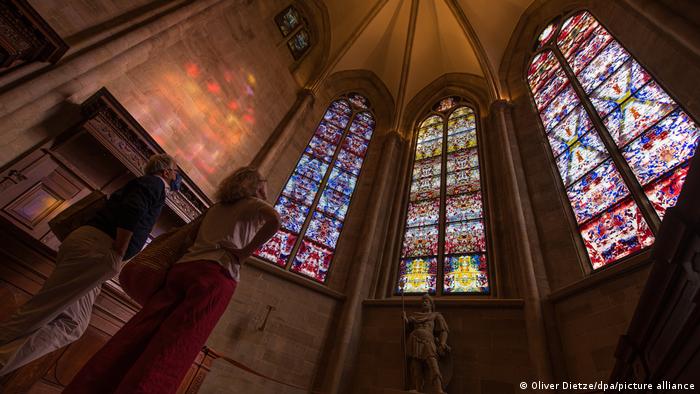 At first Gerhard Richter was a little hesitant. At 88, he felt he was too old and didn't think he could do it. But the renowned German artist changed his mind and accepted the Tholey Abbey monks' offer to design three windows for their church.

After all, this type of assignment is exceptional, even for one of the world's most expensive living artists: Tholey Abbey, located in the village of the same name in Saarland, is the oldest monastery in Germany. Documents dating back to 634 AD already mention its existence.

Shortly before their inauguration on Thursday, Gerhard Richter said that the large new church windows would probably be his last major work, adding that he was "very satisfied" with the implementation: "I would never have dreamed that it would work so well."

The 88-year-old artist however did not personally travel to Tholey in Saarland — which is just under 250 kilometers (155 miles) from his home in Cologne — for the inauguration of his work.

Richter therefore didn't get to hear first-hand the reaction of Abbot Mauritius Choriol: "That's fantastic," he exclaimed when the windows were revealed to the public for the first time. "We are very happy about the incredible gift we received from Gerhard Richter." 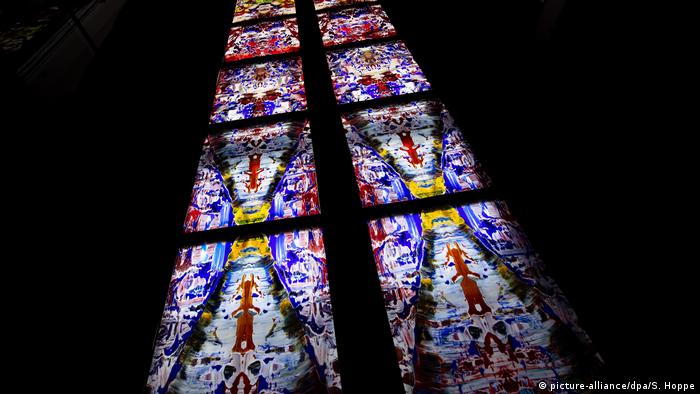 As a template, Richter used an abstract painting from 1990, titled Patterns. He kept dividing the large-format work into smaller units until they formed purely abstract shapes and lines. The pattern was then transposed to the new stained glass windows in Tholey.

This is not Gerhard Richter's first work for a church. Thirteen years ago, he also transformed the Cologne Cathedral into a popular pilgrimage destination for art lovers. The south transept window consists of 11,500 small squares in 72 bright colors, and when the sun shines through them, small rays of colorful light dance through the cathedral. 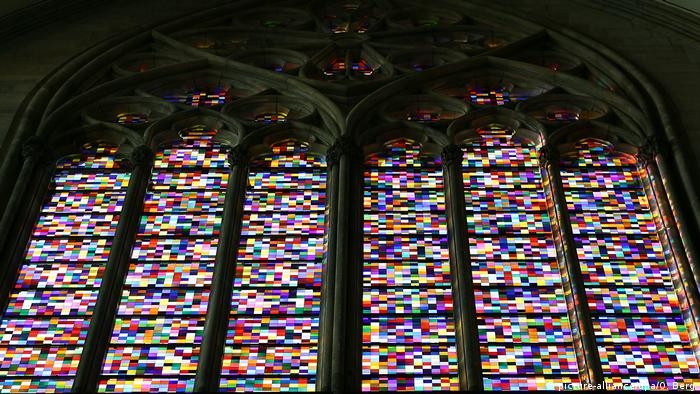 It was former cathedral master builder Barbara Schock-Werner who asked the Cologne-based artist Gerhard Richter for a design to replace the original window, which had been destroyed during World War II.

Not everyone was enthusiastic about the decision. Archbishop Meissner, the former Cardinal of Cologne, protested against Gerhard Richter's pixelated concept. He felt it was more suitable for a mosque than a cathedral. Others criticized it for not being "spiritual" enough. The artist himself realized right from the start that there would be resistance to his decision to avoid figurative representation.

Contemporary artists in the church

Churches in London, Cologne, Düsseldorf, but also in small towns like Naumburg or Köthen have commissioned artists to design their stained glass windows. 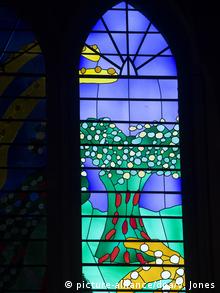 For centuries, it was natural for artists to be hired by the Church to design their stained glass windows, which symbolize the transition from the material to the immaterial world. The glow of these windows was also seen as an emanation of the divine light itself.

Already in the 6th century there were glowing glass windows in churches. The first descriptions of "pictures painted in the windows" date back to the late 9th century.

Georg Meistermann — one of the artists who designed the most church windows in Germany after the Second World War — became famous for his works featuring an interaction of color, form and lines. Born in Solingen in 1911, he was first a painter whose works were labeled "degenerate art" by the Nazis. After World War II, like many of his colleagues, Meistermann rejected the realistic visual language that had been promoted under the Third Reich; he rather devoted himself to abstraction. 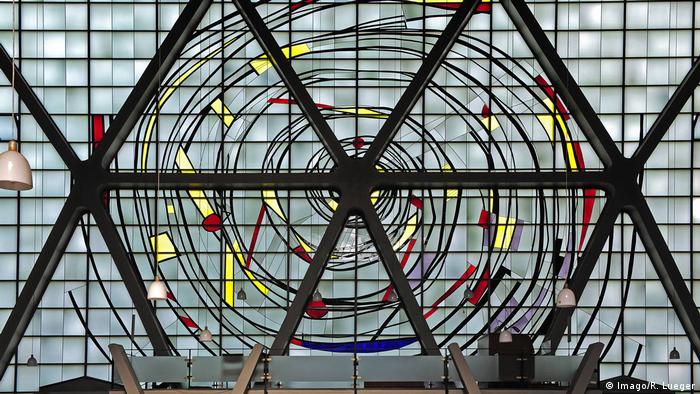 After the Second World War, many cities, including churches, were in ruins. The artist was hired to design church windows all over Germany, including for the reconstruction of the St. Columba church in Cologne, which was built directly on the ruins of the former church destroyed in World War II. Meistermann also designed new windows for the Romanesque church of St. Apostles.

Like Meistermann in Germany, Marc Chagall became the most renowned artist called to create various stained glass windows in France.

In 1958, Chagall met glass art masters Charles Marq and Brigitte Simon, who would become his longtime collaborators. The French painter of Russian-Jewish origin's first stained glass window project with them was for the Metz Cathedral, one of the largest and most beautiful Gothic churches in France. Many more would follow. 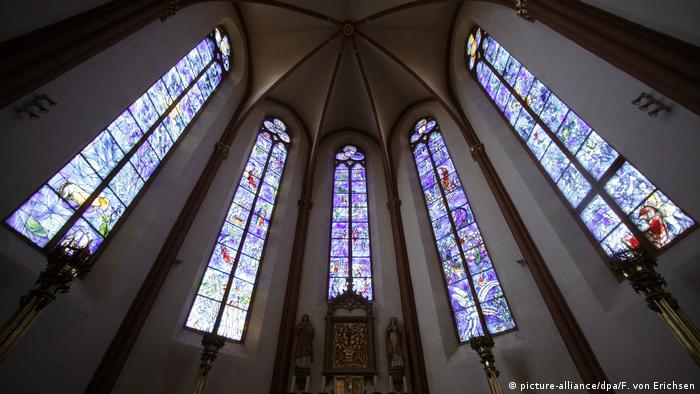 The Chagall windows at the Church of St. Stephan in Mainz

Georg Meistermann and Marc Chagall's work remains influential for the artists designing new church windows. Fifty years ago, most churches had new windows designed out of necessity. Today, as religion is losing its social relevance and many places of worship are empty, the traditional pact between art and church is renewed. Both parties benefit from the collaboration.

Most contemporary stained glass windows do not illustrate Bible stories, but have their own visual language. They bear the personal signature of their designers and are simply "artists' windows." Also, the church windows designed by contemporary artists consciously avoid the price hikes and irrational hype of the art market — another way of turning the works into something sacred.

This is an updated version of an article first published in March 2020.

Up for two Oscars, the film Never Look Away is officially about an artist of another name, but the German painter feels it's still too close to his life story and that it "grossly distorts" it, he told The New Yorker. (22.01.2019)

A German court has fined a Cologne man for taking four sketches from the artist's recycling bin and trying to sell them at auction. Richter's works are among the most expensive in the world. (24.04.2019)