The exhibition Gerhard Richter: Abstraction, held at the Museum Barberini in Potsdam, focuses on works by the renowned German painter which reveal his abstract strategies and techniques.

The exhibition Gerhard Richter: Abstraction is held from June 30 through October 21 at the Museum Barberini, a new space that opened last year in a rebuilt palace in the historical center of Potsdam.

The show presents 90 of the German artist's works, spanning from the 1960s to this day.

The focus of the exhibition is abstraction — a leitmotiv in Richter's oeuvre, explains museum director Ortrud Westheider.

While the artist leaped through different phases over the decades, abstraction remained a constant element of his exploration. "Richter consciously steers the painting process through a calculated integration of coincidence in his work," said Westheider, mentioning for example his works with raster structures or his large-scale paintings in which he adds texture to layers of paint with a squeegee or a scraper. 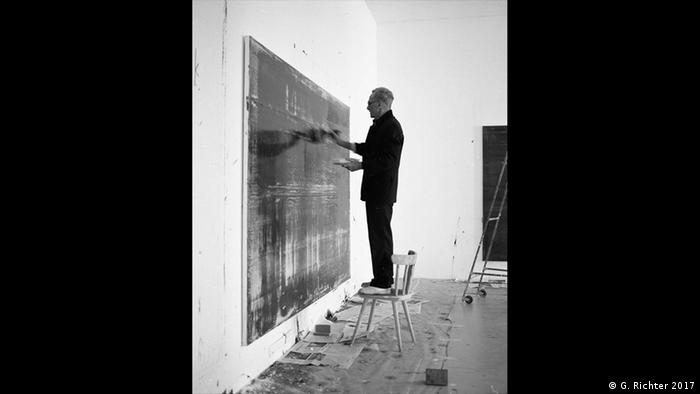 The painter at work: a picture taken of Gerhard Richter in 1995

Borrowed from international museums and private collections, some of the works on show are exhibited publicly for the first time. Among them are black-and-white photographic pictures, color boards, as well as his grey paintings and abstract paintings from the late 1970s. 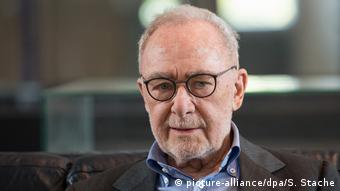 Gerhard Richter's works have been shown in important retrospectives all over the world. New York's Museum of Modern Art had already featured him in a solo show in 2002.

To underline his 80th birthday, the Tate Modern in London, Berlin's New National Gallery and the Centre Pompidou in Paris celebrated the work of the German artist, and now the latest exhibition at the Museum Barberini can be added to this prestigious list.

Gerhard Richter commands some of the highest prices of any living artist. Now the Museum Folkwang in Essen is exhibiting all the 173 editions Richter has produced since 1965.  (19.04.2017)

Gerhard Richter, one of the world's most important contemporary artists, allows us into his studio and gives us a unique insight into the personal and intense creative processes behind his art. (14.02.2015)

After years in the making, Potsdam's Barberini Museum - spearheaded by patron and billionaire Hasso Plattner - is opening its doors. The first shows feature works by, among others, Monet, Renoir and Caillebotte. (20.01.2017)

The exhibition at the Museum Barberini in Potsdam features some works by the famous German artist that have never been publically displayed. The show focuses on one of the celebrated artist's key themes: abstraction. (28.06.2018)