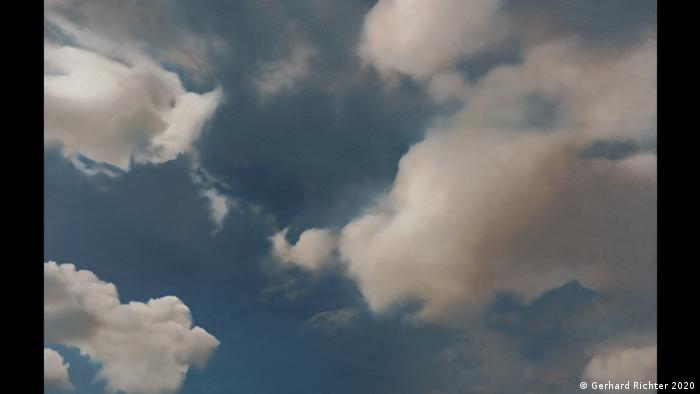 Landscapes have always fascinated Gerhard Richter in his work. No other motif appears to have enthralled the artist quite as much throughout his career.

Born in Dresden in 1932, he has drawn inspiration for his landscape paintings from magazines or amateur photographs, using broad brush strokes to create mountain views in black and white and views of lakes full of subtle color.

Together, these landscapes are all part of a panorama of landscapes that have long come to form a particular group of works in Richter's oeuvre.

The Vienna Kunstforum museum now presents a retrospective of Richter's landscapes from October 1 through February 14, 2021.

Almost 2,500 years have passed since the panel and fresco painters of Greek antiquity placed plant and animal motifs in front of hinted terrain lines and structured spaces. One might argue that these were early attempts at creating representational art. But for Gerhard Richter, landscape depiction was always rather a field of artistic experimentation.

The 88-year-old is considered a chameleon among painters — an artist caught between abstraction and concrete representation, who has constantly shifted between new styles of painting.

And auction records prove that this is a recipe for success: Gerhard Richter's paintings are among those that fetch the highest records on the contemporary art market.

His works have been honored in major retrospectives at the Museum of Modern Art in New York, the Tate Modern in London, the New National Gallery in Berlin, and the Centre Pompidou in Paris. His works even traveled all the way to Australia and back.

The Barberini Museum in Potsdam recently showed his abstract works — and it is highly unlikely to have been the last such show of the versatile  artist who is considered to be one of the greatest of the 20th and the 21st century.

Richter even recently completed a series of abstract stained glass windows for Germany's oldest monastery —  according to his biographer Dietmar Elger, this was his 957th work in his gigantic catalog compiled over the decades.

Will he make it to 1,000 pieces? It’s hard to tell, however, Richter also recently announced he was going to put the brush down for good, adding there always is a time to quit.

An extensive landscape show in Vienna

The Vienna show presents about 130 paintings, drawings, prints, photographic works, artist books and objects by Gerhard Richter, which are on loan from about 50 venues around the globe.

It is, as the Vienna Kunstforum proudly points out, "the first exhibition worldwide that focuses so extensively and intensively on this genre."

Indeed, some of these works have never before been shown publicly.

Those who might be tempted to believe that Richter's landscapes were created in nature are mistaken: "The works are mostly based on photographic models," explains curator Lisa Ortner-Kreil. Thus, they’re actually "second-hand landscapes," she adds.

This can be seen even by the untrained eye: many of the motifs are cropped in unfamiliar ways, there often is a lot of blur, and sometimes there even is some writing in the painting. There are landscapes with deeply drawn horizons, and an evocative atmosphere that brings Richter’s work close to the artistic values of German Romanticism. 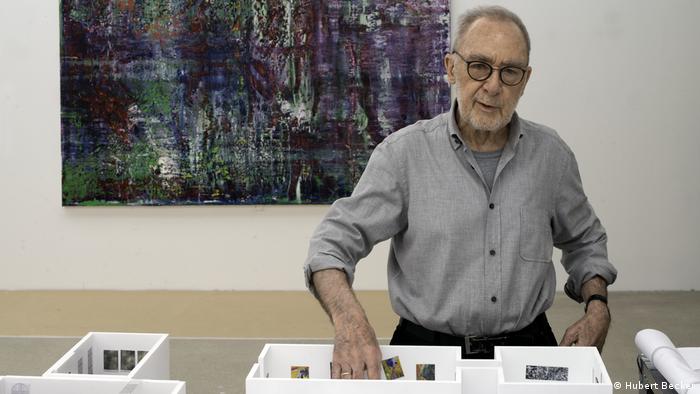 Gerhard Richter's gallery is based in Cologne

Yet he remains true to himself: "To paint like Caspar David Friedrich is indeed possible, but only without being able to refer to the intellectual tradition of the Romantic," the organizers of the exhibition in Vienna quote him as saying.

Richter himself has referred to such works of art as "cuckoo's eggs” — just like the "second-hand" ideas mentioned earlier by exhibition curator Ortner-Kreil.

Despite the Corona pandemic, the Kunstforum Vienna has decided to stick to its exhibition program. Thus, the exhibition will allows visitors to have an encounter with the artist through his most important works.

It is a retrospective view of a genre that Richter described in 1981 as follows: "If the 'abstract pictures' show my reality, then the landscapes or still lifes show my longing."