Argentina's parliament has approved a pension reform bill following violent protests in the capital, Buenos Aires. More than 150 people were injured in the clashes. 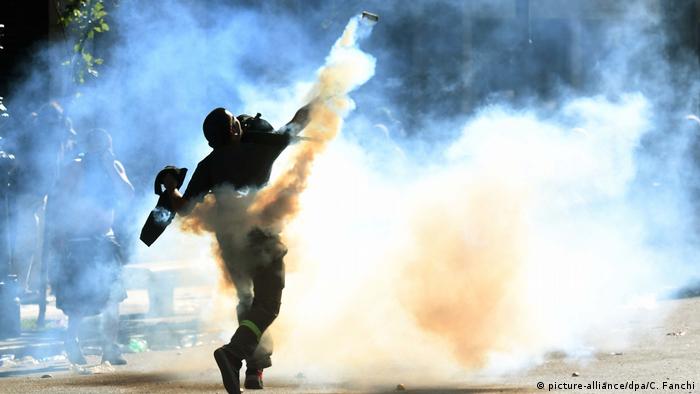 Argentine lawmakers passed the controversial pension legislation Tuesday in a 128 to 116 vote after debating for more than 12 hours.

The bill, which had already passed the Senate, angered many retirees and sparked huge protests on the streets of Buenos Aires on Monday night. Masked demonstrators hurled firecrackers, bottles and gasoline bombs at police officers guarding the Congress building.

Security forces in the Argentine capital responded with water canons and fired rubber bullets at demonstrators. According to reports, as many as 150 people were injured in the ensuing clashes, including many bystanders and peaceful protesters. Around 60 people were arrested.

Argentina's largest union, CGT, began a 24-hour general strikegeneral strike at 12:00 p.m. local time (1500 GMT) on Monday in protest of the bill. Hundreds of airline flights were grounded and large areas of Buenos Aires ground to a halt.

"We have no one to defend us," said 70-year-old retiree Cristina Sanmero, who found herself caught in the violence. "At my age, I have to come here and defend my contributions of 30 years. We're governed by inept people who think that it's easier to take away from the old."

Demonstrators in several Buenos Aires neighborhoods also took to the streets banging pots and pans. The gesture holds a deep symbolic meaning for Argentinians who marched during the 2002 economic crisis with pots and pans, before eventually forcing then President Fernando de la Rua to resign.

The pension plan is part of Argentinian President Mauricio Macri's push to reduce the government's deficit, which currently stands at 3.2 percent of gross domestic product (GDP).

The legislation will change the way pension increases are calculated, with payments adjusted every quarter based on inflation, rather than twice-yearly based on wage hikes and tax revenue. 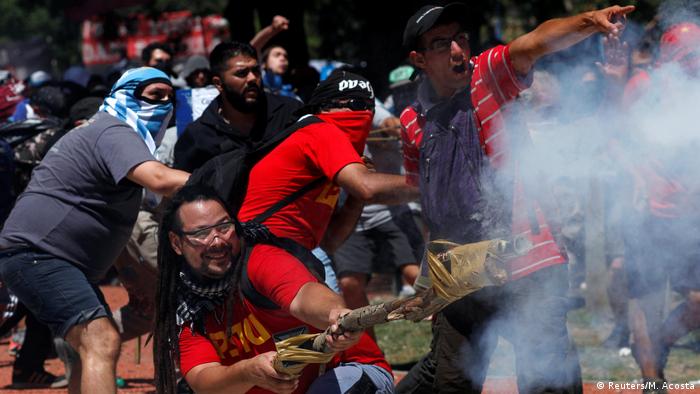 Pockets of protesters tried to storm the Congress building in Buenos Aires, as lawmakers debate a pension reform package.

The government claims this would save around 100 billion pesos ($5.7 billion, €4.7 billion) next year. However, opponents and union leaders argue the change would cut pensions and retirement for some 17 million Argentinians, as well as reduce aid and welfare for poor families.

"This bill will put millions of retirees at risk. It changes the whole pension system," Laura Rivas, a 34-year-old teacher, told the Reuters news agency. "We are going to have to work more years before we can retire, and then the pension payments we get will be minimal, so it hurts us as workers," she added.

Macri was elected in 2015 with a mandate to rein in government spending and rejuvenate Argentina's lagging economy. Despite scoring a resounding victory in October's congressional elections, his reform packages, such as the cutting of utility subsidies, has sparked labor unrest.

Argentina and Mexico are important trading partners for Germany - all the more so as Chancellor Angela Merkel heads to Latin America in search of allies against US President Donald Trump's protectionist leanings. (08.06.2017)