To what extent does a general strike in Argentina feel different from labor action in, say, Germany? DW's Manuela Kasper-Claridge, who's currently in Buenos Aires for the World Economic Forum, shares her impressions. 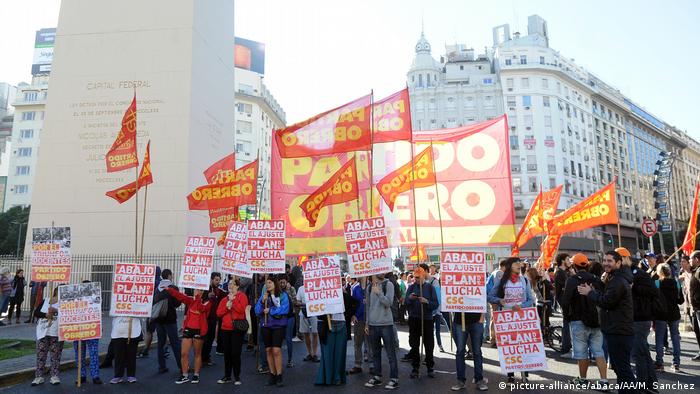 The note is discreetly passed under our door. "Due to the national strike the hotel will have fewer workers, therefore the cleaning service will only change towels." That's something the many tourists and visitors currently in Buenos Aires can easily live with. In the streets, the first heaps of garbage are starting to pile up. Normally they would be collected in the early morning.

It feels like Sunday in Argentina's capital. Some bicyclists and skateboarders are out and about, a few bored police officers stand outside the closed entrances to the subway stations. We had been warned. The Argentinian unions could be quite aggressive and if we were to go out into the streets we should try to be inconspicuous. Make sure nobody feels provoked. "What might be provocative?" we ask intimidated. "If you visibly wore your accreditation for the World Economic Forum," says a representative of the WEF.

Where are the protesters?

Bashfully, we put our accreditations into our jacket pockets and start to walk toward the presidential palace, expecting to run into violent protesters at any moment. But there aren't any. There aren't a lot of barricades either. Traffic is moving better than most weekdays. Obviously many residents of the capital simply stayed home. Mass gatherings or huge protest events are nowhere to be found. 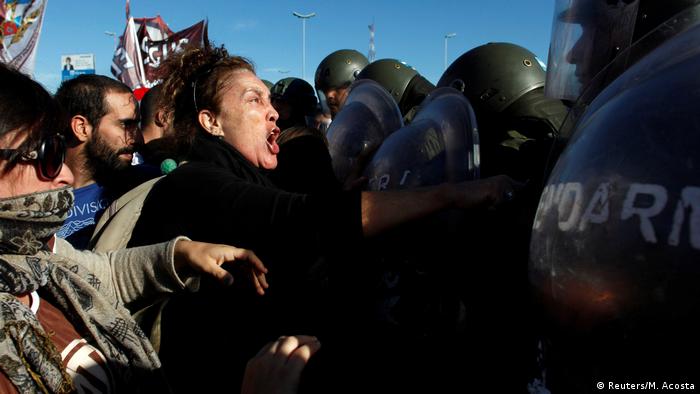 Hastily posted signs on some walls in the city center read "paro general" - "general strike." Julio Cesar sits on the floor and calmly reads his newspaper. The 65-year-old works as a day laborer. His clothes have seen better days. We ask him how he feels about the general strike and expect a passionate response. He just shrugs and says "the people who have a lot of money, they still make more money, they profit from the inflation as well, they are carpetbaggers that drive prices up" and yes, of course the strike is necessary, he adds, but in the end, it won't change anything.

Plenty of sunshine and few protests

We walk towards Puerto Madero, the affluent neighborhood where the 1,100 attendees of the World Economic Forum meet at the Hilton Hotel. Business leaders, leading politicians, representatives of society and the bosses of big multinational companies. Ideal targets for enraged protesters, we suspect. But outside the conference location, several attendees are relaxing in the sunshine. Police and security personnel are there as well but any pedestrian can walk past the Hilton unchecked and that's how it stays throughout the day. Protests? Nope. Later we find out that protesters clashed with the police on one of the radial roads outside of the city center. Conflicting reports suggest it could have been hundreds or thousands of protesters.

German Parliament Vice President Thomas Oppermann has died suddenly after collapsing shortly before a TV broadcast. Colleagues from across the political spectrum have expressed their shock.