The new Argentine government has offered $6.5 billion to creditors holding its defaulted bonds from 2002. If accepted, the deal should allow the South American nation to raise capital on world markets again. 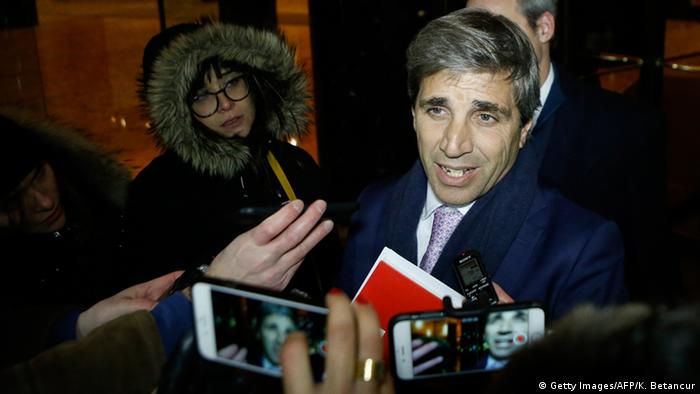 Argentina's finance ministry said that two out of six leading bondholders had accepted the $6.5 billion (5.8 billion-euro) offer of a cash payment. "This litigation has gone on for nearly 15 years since the original Argentine default of 2001, and the proposal by Argentina is an historic breakthrough," said US court-appointed mediator Daniel Pollack.

Pollack added that if Congress approves the deal and the conditions are met, it "will allow Argentina to return to the global financial markets to raise much-needed capital."

The offer represents a 25 percent haircut on the claims of about $9.9 billion made by the creditors who hold the defaulted bonds.

Argentina defaulted on around $100 billion of bonds in 2002, a move which has blocked the country's access to capital on international markets for more than a decade.

New President Mauricio Macri took over leadership of the nation less than two months ago. He had committed to a deal over the debt during his electoral campaign.

Last week, an agreement was reached with 50,000 Italian creditors, who had not sued Argentina, for payment of the principal value of their bonds, plus 50 percent. They are to be paid $1.35 billion to settle their $2.5 billion in claims dating back to the default. A similar offer was made to the bondholders in New York together with a second proposal for creditors who have sued Argentina through US courts for a 30 percent reduction of total claims from creditors.

"This is a big step in the right direction but this is not the end of it. Until the main holdouts accept a deal, it is not over," according to Diego Ferro, co-chief investment officer at Greylock Capital Management in New York. "The good news is this shows a commitment by the government to resolve the issues."

Macri's predecessor, Cristina Fernandez Kirchner, had refused to pay the bondholders, whom she called "vultures." She said the bond holders should have joined with the 93 percent of the country's creditors who accepted a significant reduction in what they were owed to help the country restructure its finances.

The president's next challenge is to get approval from Congress, where no party holds a lower house majority. The main opposition party showed signs of a split on Wednesday, which may make it an easier proposition for Macri to get the debt proposal through.

For a long time, Argentina blocked expansion of the South American free trade association. But the country now has a new president who is intent on pushing free trade. Brazil, however, is likely to step on the brakes. (20.12.2015)

Argentina's national currency has plunged after a government move to scrap foreign exchange restrictions in place since 2011. The devaluation came as a shock to many, but analysts hoped for long-term benefits. (17.12.2015)