In the West, many people are wondering if mass brawls among fans will mark the World Cup in Russia. Russian fans have a negative image in Europe, with many remembering the riots in Marseille during the 2016 European Cup. 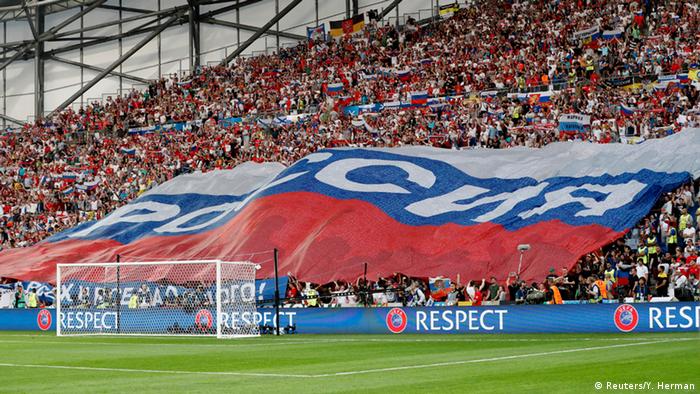 After Russia was chosen to host the 2018 World Cup, Russian fans quickly came under pressure from authorities. That is something the founder of one such fan group remembers well: "I could have stayed home," he tells DW via the Russian message service Telegram. Speaking with DW, he uses the name Vlad MDS.

When Russian and English fans clashed on the streets of Marseille during the European Cup in 2016, authorities promptly ended all dialogue between the state and fan groups. From then on, it was an issue for the country's security services, as Aleksandr Shprygin, the director of the Union of Russian Fans, tells DW. The first criminal proceedings had already been initiated after a mass brawl broke out between fans from the Moscow clubs Spartak and CSKA in late January 2016. In earlier days, fans participating in such brawls were often just fined.

From the city center to the outskirts 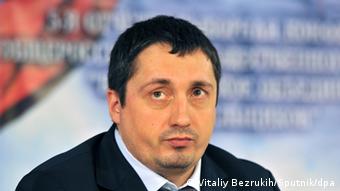 Shprygin: Marseille was a turning point

The phenomenon of soccer hooliganism in Russia began in the 1970s. Things intensified after the collapse of the Soviet Union. In the late 1990s, it was common for hundreds of fans to participate in massive fights in Russia's city centers. "The fan movement reached its high point around the turn of the new century," recalls Shprygin. Around the same time, Russia founded its anti-extremism authority to tackle the issue of hooliganism, he says.

Vlad MDS emphasizes that it was also around that time that the Kremlin began a different pursuit. "Authorities wanted to establish good relations with fan groups from a number of clubs in order to instrumentalize their loyalty." In his book "All the Kremlin's Men," Russian journalist Mikhail Zygar describes the link between that fact and the founding of the Kremlin-friendly youth movement Nashi by Vladislav Surkov, who was first deputy chief of the presidential administration at the time.

After about 2005, fan groups quite literally avoided the eyes of security forces by withdrawing into the woods on city peripheries. Fewer and fewer fans joined the brawls, mostly 10 to 30 men to a side. That was also the time at which the fan associations – including the Union of Russian Fans – were formed. "The minister of sport was constantly in touch with us and the Union of Russian Fans was incorporated into the Russian Football Federation. Putin met with us twice and even the presidents of UEFA and FIFA [the European and world football federations] came to see us. I was part of the organizing committee for the 2018 World Cup in Moscow," says Shprygin. But then everything changed.

Preparing for the 2018 World Cup

According to Shprygin, the events that took place in Marseille in the summer of 2016 were a turning point. He says, "The Union of Russian Fans was held responsible for the behavior of fans in France and thrown out of the Russian Football Federation." The organization was forced to end its work, and the anti-extremism authority and Russia's FSB security services met with other fan groups to discuss prevention measures. 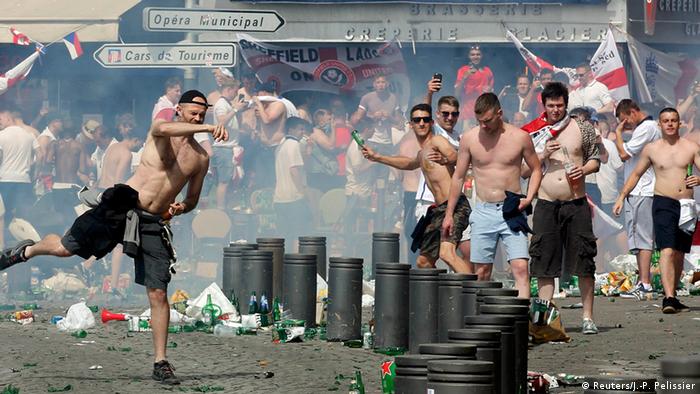 The riots in Marseille shocked the sporting world

When trouble broke out inside or near stadiums, authorities conducted searches, arrests were made, interviews were conducted and charges were brought. "That was all prevention ahead of the World Cup," says Vlad MDS. He suspects that people cooperating with the security services have intentionally been placed inside of radical fan groups. "A lot of people dropped out of the fan movements and secluded themselves" as a result of pressure from authorities. Many regional fan groups have also put a temporary stop to their activities. Vlad MDS thinks such groups are operating under the assumption that "authorities will relax a bit after the World Cup has ended."

Traveling abroad to have an alibi

All of those whom DW spoke with share the belief that dangerous violence is definitely not to be expected during the tournament. "Of course, wherever soccer, sports, emotions and masses of people come together, individual fights can break out," says Shprygin. But mass brawls like those that took place in Marseille will be impossible under current security conditions. "Russian police won't just stand back and watch like the police in Marseille. They will make sure that large groups don't even congregate," Shprygin tells DW.

It is also quite possible that many representatives from Russian fan groups will travel out of the country during the 2018 World Cup. "Many Russian fans were advised to vacation abroad during the 2018 tournament so that they will have an alibi if there is trouble," as Vlad MDS reports.

But Shprygin thinks the poor image that Russian fans have gained of late in Europe may actually coincide with another trend: That of "heading to Europe to brawl." He says that many fans feel they can behave badly and then simply disappear into the crowd, thus remaining anonymous. Vlad MDS says there is an attitude of "relative impunity," adding: "It is a lot easier for fans to beat each other up in quiet and peaceful Europe than to deal with the reality of the situation in Russia – where everyone knows what they can expect if they get caught."