Over a century of women in architecture | Culture | Arts, music and lifestyle reporting from Germany | DW | 12.08.2020

"It still takes a lot of self-confidence to make your way as a woman in architecture," said renowned English architect Alison Brooks recently. "We grow up with heroes and gods, and they're all male." Brooks is the only British architect to date to have won the RIBA Stirling Prize, the Manser Medal and the Stephen Lawrence Prize. The 58-year-old is considered the leading voice of her generation. And yet she says she has suffered from the lack of equality in her field.

The late Iraqi-British architect Zaha Hadid, who was the first woman to receive the Pritzker Prize in 2004, repeatedly emphasized how difficult it was for her to assert herself in the male-dominated world of architecture. In a typical demonstration of ongoing sexism, some critics mocked her design for the 2022 Qatar World Cup for resembling a vagina. It seems more than outdated that women would still have to justify their buildings especially in times when countries are led by female chancellors and defense ministries are run by women. 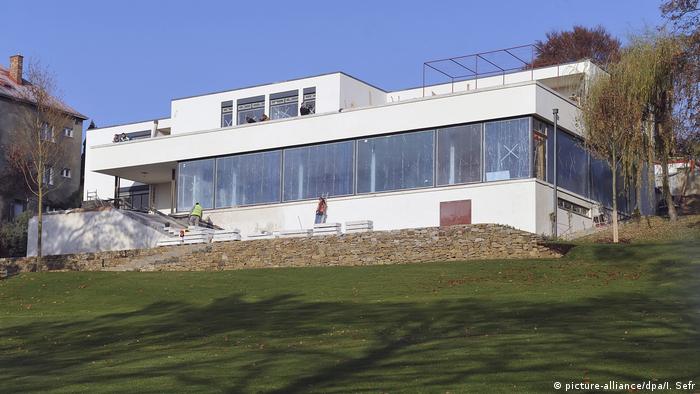 Lilly Reich's name is not as famous as Mies van der Rohe's, but they designed together the Villa Tugendhat in Brno, an icon of modernism

Has nothing changed, then? It certainly would seem that way, as prejudice runs deep, and it has done so for more than a hundred years. Among the clichés that have long kept women away from working in architecture were sexist beliefs such as women can't do math; they can't manage budgets; they can't think in three dimensions; or construction sites are not for women.

But today in Germany, more women than men chose to study architecture, and in 2018, 60% of those who obtained their Master of Architecture degree were female.

Still, female architects remain invisible or give up because of the difficulty of reconciling work and family life. A 2016 survey by Germany's Federal Chamber of Architects was sobering: the proportion of women in the field of freelance structural engineering architects was just shy of 22%, and the figure is even lower among commercial urban planners: 9%. In addition, women earn considerably less than their male colleagues — wages are lower on average by 20%. 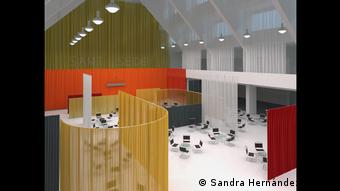 A digital reconstruction of the Café Samt und Seide in Berlin, also designed by Lilly Reich in 1927

Before women were first allowed to study architecture in Germany more than 100 years ago, there were warnings about what women would do if allowed to build. But that did not deter them — even before 1919, when women were granted the right to vote. Elisabeth von Knobelsdorff was the first woman in Germany to get a degree in architecture at the Royal Technical College in Berlin in 1911. Princess Viktoria zu Bentheim und Steinfurt designed a large number of buildings on her family's estates, and Emilie Winkelmann was the first woman in Germany to open an architectural office in Berlin in 1907.

The exhibition "Frau Architekt. Women in architecture for over 100 years" at the Chamber of Architects in Düsseldorf as well as a book by the same name present women architects who, despite all the odds, wrote architectural history.

Women in architecture before 1945

Women had to muster more commitment than men as they had many more obstacles to overcome.

At the turn of the century, there was a debate about the clothes women architects should wear for work. A smock, the kind sculptors wore, was deemed appropriate. Pants were unthinkable.

The US took a more liberal approach to women architects. Boston architect Lois L. Howe remarked in 1902 that, based on her own pioneering experience, there is no obstacle women who are interested in a subject matter can't overcome. German female architect pioneers like Emilie Winkelmann, Therese Mogger and Elisabeth von Knobelsdorff would also one day benefit from what women in the United States had already achieved. Under the Nazis, however, building activity was strictly controlled by the state. About 100 Jewish women architects died during the Holocaust, including Bauhaus students Friedl Dicker-Brandeis and Zsuzsanna Banki. 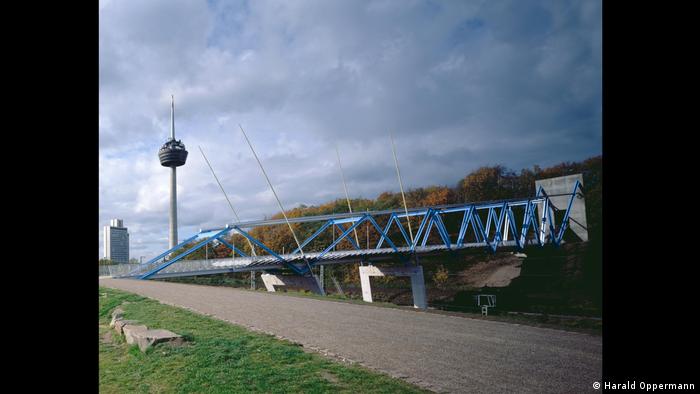 Verena Dietrich started as a freelancer in 1982; she won a 1993-94 competition to design this pedestrian bridge in Cologne

In the 1950s and 1960s, women in Germany were expected to take on the role of housewife. In architecture, that translated to women retreating into areas with female connotations, like designing housing projects and facilities for young people and children, and interior design. Very few women planned public buildings.

In East Germany, Iris Dullin-Grund designed the House of Culture and Education in Neubrandenburg in 1965, and in the 1970s and 1980s Gertrud Schille drafted the plans for the VEB Carl Zeiss-Jena planetariums for international export.

In West Germany, Sigrid Kressmann-Zschach designed commercial buildings in West Berlin and Ingeborg Kuhler had made a name for herself by 1990 with the Museum for Work and Technology in Mannheim.

And today? "Women architects do need some support from others who have made that journey," said Zaha Hadid when she was awarded the Jane Drew Prize, an award for outstanding female architects, in 2012. Even if there are more established and respected women architects today than ever before, that does not mean that it has become easy, she said in her acceptance speech. 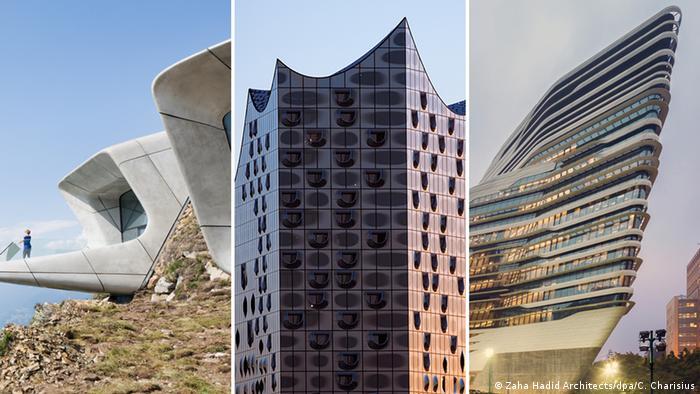 Before her death in 2016, Zaha Hadid was one the world's star architects

Women architects who run their own business are still a rarity, which is also due to the incompatibility of this time-consuming profession and family needs. In popular perception, architects who design entire cities wear black suits, dark glasses and hard hats — and they are male.

Of the many women who enrolled at the Bauhaus school in Weimar in 1919, few went on to become famous, unlike the men. Different works and exhibitions now pay tribute to their innovative artistic contributions.