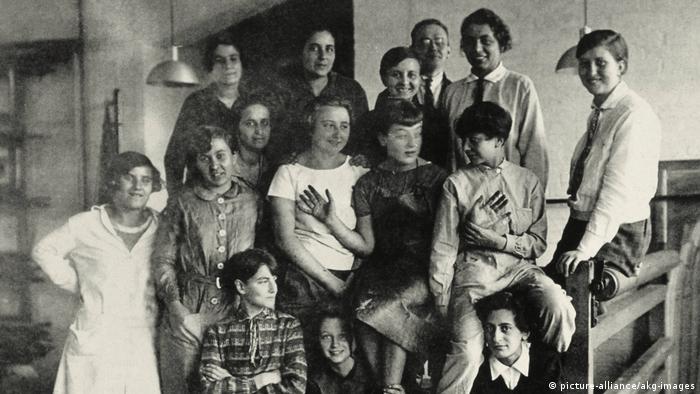 Male artists have long condescended to women in the arts. "Where there's wool, there's also a woman who will spin it, even if it is just to pass the time," wrote German painter Oskar Schlemmer of female artistry. He was a key member of the Bauhaus school in the 1920s, an organization dominated by men and that was often disparaging of women.

A century later, star German painterGeorg Baselitz claimed in 2013 that "it's a fact" that "women don't paint very well," meaning they fetched lower prices for their work that failed to pass the "value test."

In an interview with The Guardian in 2015, he also said that women artists did not succeed to the same extent as men because they lacked ambition — though he failed to mention the structural inequalities that women continue to face, including a huge gender pay gap. 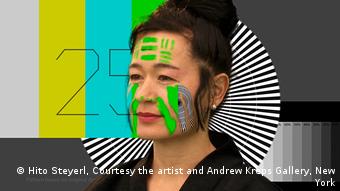 Is among the top 100 in the international art scene: Hito Steyerl

Despite the reality that 60% of all graduates from German art academies are women, the fact that such prejudices have persisted for so long indicates entrenched gender inequality in the German arts.

In response, artists Bianca Kennedy and Janine Mackenroth have published I Love Women in Arts on the occasion of the 100th anniversary of the first admission of women to art academies. The artists asked 100 female curators, art historians, museum directors and art critics to present a German female artist of their choice. 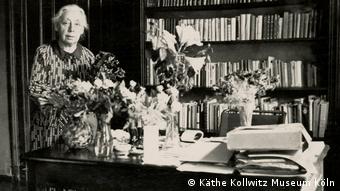 In the late 19th century, it was still a real challenge for women like sculptor Käthe Kollwitz to train as a professional artist, though her father encouraged her talent and sent her to a private painting school in Königsberg.

Often, however, such private institutions did not provide adequate instruction. But when the Weimar Constitution of 1919 granted equal rights to men and women, including the right to vote, new opportunities arose for women, including admittance to state art schools.

In 1919, the renowned Bauhaus in Weimar also opened its doors to female applicants, and from 1920, admission to most German art academies was then possible for women. Käthe Kollwitz was the first woman to be admitted to the Prussian Academy of Arts.

Yet in the century since, inequalities have persisted, including in art books themselves, with Kennedy and Mackenroth wanting to redress the lack of visibility for women artists in art publications.

Selected by women working in the art and culture industry, I Love Women in Arts presents well-known, forgotten and yet to be discovered female artists, including two 15th century  Dominican nuns who wove their likenesses into the border of a prayer rug.

"This is unusual not only for the age, but also for women of a religious order," says Mackenroth and Kennedy of a rug that is the oldest example of a work created by women in the book.

Another featured woman artist is painter Gabriele Münter, a member of the Expressionist Der Blaue Reiter (The Blue Rider) artists' group founded in 1912 in Munich, albeit one that is predominantly associated with male artists like Franz Marc and Wassily Kandinsky — with whom Münter had a relationship. 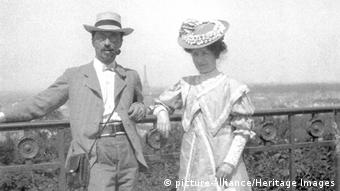 Gabriele Münter and her partner Wassili Kandinsky in Paris

Münter needed her father's permission to attend art school in Munich, which was common for other artists featured in the book such as Anni Albers, who was married to Bauhaus "crafts master" Josef Albers. When Albers attended the Bauhaus school, the textile artist was limited to a weaving class like almost all female art students in the Weimar Bauhaus at the time. All other courses were reserved for men.

Women who also devoted time to motherhood were frowned upon by the male-dominated art establishment. "Imagine men giving birth, art history would be a different story," said Mackenroth and Kennedy.

But even today, only 25% of new acquisitions in art museums are works by female artists, say the editors.

In the 20th century, many women have been at the forefront of the artistic avant-garde.

Mary Bauermeister, born in 1934, rented a loft apartment in Cologne in 1959 that became a hub for artistic experimentation. Known as the Atelier Bauermeister, it is where Fluxus artists including Wolf Vostell, Nam June Paik and Christo performed or exhibited their works, and avante-garde sound artists like John Cage, David Tudor and La Monte Young performed early concerts.

As an artist, Bauermeister first began her own career in the US and exhibited in renowned American museums and galleries in the 1960s. In 1972, she returned to Germany, where her work was less known for a long time. In 1988, she participated in the group exhibition "Return to the Object: American and European Art from the Fifties and Sixties" at the Guggenheim Museum in New York. In recent years, her unconventional works have been rediscovered in Europe as well.

20th century German artist Chris Reinecke is largely unknown because as a woman her art was regarded as too political, and radical. With her husband, the Fluxus artist Jörg Immendorff, she founded the Dada-inspired LIDL Academy in Düsseldorf in 1968 and fought for gender equality while also initiating "disturbance actions" at the documenta 4 by invading a press conference and famously kissing artistic director Arnold Bode.

But while the name of her late ex-husband Jörg Immendorff is known internationally, Chris Reinecke's work is absent from German museums, a stark omission that I Love Women in Arts seeks to change.

Only white and male? Questioning the Pop Art canon

Interview with Georg Baselitz in The Guardian

Despite its reputation as a party city, the US resort town has something for everyone. Its historic buildings hold clues about its popularity even during the pandemic.