Arab Spring changes migration to Europe | World | Breaking news and perspectives from around the globe | DW | 18.10.2013

The uprisings in North Africa and the Middle East have done more than topple dictatorships; the unrest has also altered migration patterns. And the journey to Europe has become more precarious. 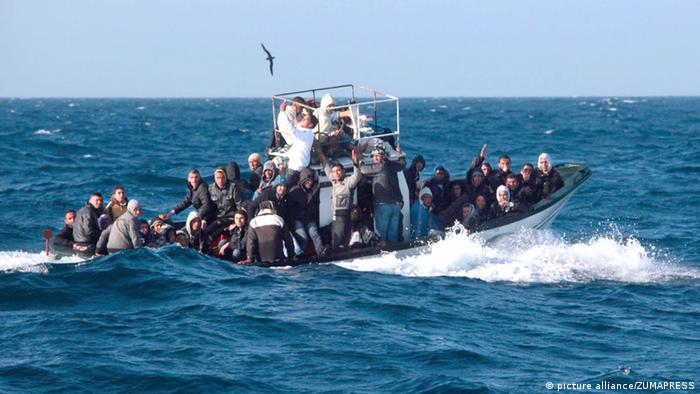 The boat was not robust enough to withstand the sea. It was hurled helplessly across the waves, taking on more and more water until it finally capsized. Several were killed, including a Syrian nurse who had braved the crossing to Europe with her husband and two children. Her body was recovered, and her husband decided that her death should not be totally futile, allowing her liver and kidneys to be used for transplants. Three Italians on a waiting list received her organs.

The young woman's death is only one of several among Syrian refugees recorded by the United Nations' refugee organization UNHCR, and the number has risen in the last three months. Though most of these try to make the journey by land, UNHCR spokesman Babar Baloch said that many attempt the more dangerous sea-crossing because the land borders are shut. Syria's neighboring countries, which have already taken in over two million refugees between them, are now becoming increasingly reluctant to accept any more. 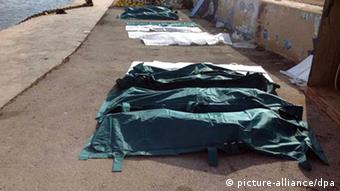 For that reason, many Syrians have begun seeking shelter in Europe. Many who have made it as far as Turkey then try to travel on to Bulgaria, a member of the European Union, explains Bill Frelick, refugee specialist at Human Rights Watch.

But those that don't make it to Turkey have to find another way. They travel south until they reach the Mediterranean coast, where more and more Syrians are now attempting boat crossings. Between the early August and mid-September, the UNHCR documented more than 30 successful crossings from North Africa to southern Italy. Around 3,300 Syrian refugees made it to Europe by this route, including 230 unaccompanied children. Most of these boats start from Egypt, though recently many have also launched from Libya. Neither route is easy.

Conditions for foreign refugees, particularly Syrians, have recently worsened in Egypt, says Baloch. Until the fall of President Mohammed Morsi at the start of July, Syrians were welcome in the country, "but since then, the authorities have become stricter and stricter," he said.

They are now required to have a special visa and have to endure countless security checks. "On top of this, according to our information, many Syrians who want to leave Egypt by sea get arrested and sent back to Syria," Baloch added. Human Rights Watch has reported this, too.

But refugees from other countries, particularly sub-Saharan ones, are also experiencing greater difficulties. The route through the Sinai Peninsula, for instance, which many Africans used to attempt in the hope of reaching Israel, has now been blocked, partly by a fence erected by Israel on its southern border, and partly by the unrest on the peninsula. 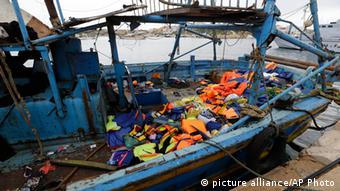 Faced with these obstacles, some Syrians travel further west to Libya, in the hope of finding a boat. But the situation there is not much better either. Frelick points out that the new Libyan government hasn't rectified the fact that there were no laws protecting refugees during the reign of dictator Moammar Gadhafi. "Libya is a black hole where xenophobia is very widespread," he said.

That means that those who make a profit from the refugees neglect their welfare and safety. The crossings, says Frelick, are poorly organized: "Unseaworthy boats are used, and if refugees don't want to go aboard, they are sometimes forced." By this time, of course, many of the refugees have already paid for the crossing, and the profiteers care little whether they survive it. Meanwhile, European governments continue to argue over how to deal with the situation.

Despite the disasters off Lampedusa, most Germans oppose admitting more refugees into the country. (17.10.2013)

Around two million Syrians - 10 percent of the population - have fled their country. But they are far alone in their lives in exile. DW looks at what the UNHCR has called the "great tragedy of this century." (17.10.2013)

Refugee policies after the Lampedusa disaster