Around two million Syrians - 10 percent of the population - have fled their country. But they are far from alone in their lives in exile. DW looks at what the UNHCR has called the "great tragedy of this century." 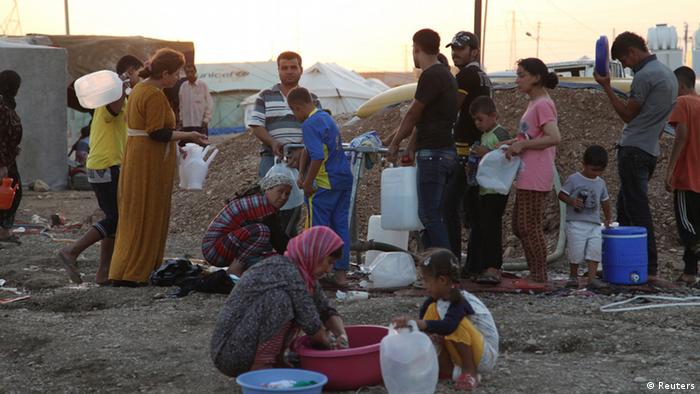 At the end of last year, UN figures estimated that there were 15.4 million refugees worldwide.

In the course of 2012, an average of 23,000 people a day were forced to leave their homes in search of safety, either in their own countries or across borders. Almost half of them were under 18 years old.

Current conflicts and disasters mean the number of refugees around the world is increasing. While the refugees struggle to survive, the resources of host countries are also being stretched to their limits in the attempt to cope with the influx.

There are hopes that the recent Lampedusa disaster, in which more than 300 East African migrants died, will spark a change in the EU’s migration and refugee policy, but the real burden lies outside of Europe. Over 80 percent of the world’s refugees are hosted by developing countries.

DW takes a look at the refugees’ plight.

The uprisings in North Africa and the Middle East have done more than topple dictatorships; the unrest has also altered migration patterns. And the journey to Europe has become more precarious. (18.10.2013)

Europe must dismantle its barricades

Refugees know gratitude and relief in a way others don't. But when reaching safety, joy is not always the overriding emotion. DW met one of Germany's newest Syrian refugee families to learn more. (27.09.2013)

As ethnic Jordanians blame the rise in the cost of living on the influx of over half a million Syrian refugees, the government is trying avoid further tensions between lower income Jordanians and the refugees. (11.10.2013)

Young refugees safer in Germany than in France

Immigration carries a negative connotation in Germany. But it is about time for that to change, migration researchers say. They have proposed corralling immigration issues into a federal Ministry for Integration. (10.10.2013)

Around 2,000 "unaccompanied under-age refugees" came to Germany last year. They need help to overcome bureaucratic hurdles - and for many the suffering is a long way from over. (23.08.2013)

Refugee Policies after the Lampedusa Disaster

Work, trade, education: How Syrians are carving out new lives in their adopted country

A small German town gets ready for new refugees

Northern Iraq does what it can for its Syrian refugees

Shelter or deportation? Refugees in Hamburg