A third of German businesses are unable to fill all trainee positions available. One reason is that more young Germans are going to university rather than take up apprenticeships after finishing high school. 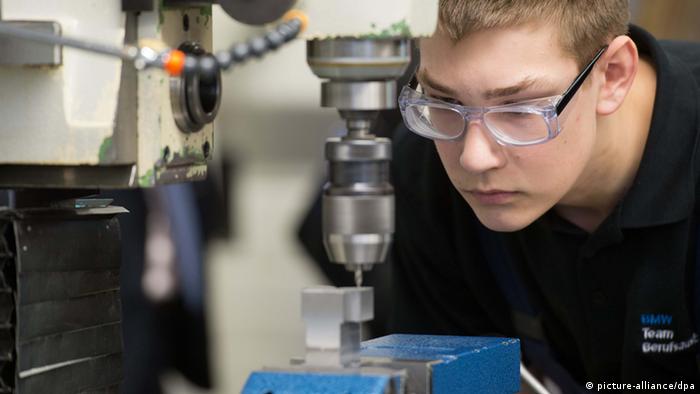 On Tuesday in Berlin, the Association of German Chambers of Commerce and Industry (DIHK) released the results of a large survey of 11,269 businesses that asked whether they had managed to fill all the trainee positions they had open last year. The survey also asked about the quality of applicants, and about the willingness of companies to hire refugees.

"The situation on Germany's labor market is getting more worrying," said DIHK President Eric Schweitzer during the presentation of the survey's results. 516,200 women and men started apprenticeships in 2015. Yet that left a lot of positions unfilled. For Germany as a whole, nearly a third of businesses surveyed - 31 percent - were unable to recruit enough qualified applicants to fill all their available trainee positions. In eastern Germany, the numbers were even worse, with nearly half - 45 percent - forced to leave apprenticeship positions unfilled.

There are two main reasons for the development, according to DIHK. First, there's demography. Germany's birthrate has been significantly lower than the replacement rate for many years. As a result, school populations are relentlessly shrinking.

Second, a much larger percentage of school-leavers is going on to study at university rather than take up apprenticeships in industry or business. According to Schweitzer, "today 7 percent fewer young people apply to an apprenticeship program compared to 10 years ago - while at the same time, the number entering university studies is 40 percent larger." 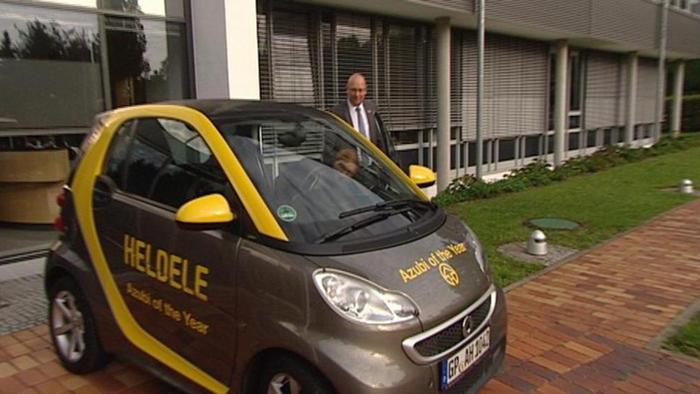 Companies are making new efforts to attract and motivate apprentices. Here, a company shows off an "apprentice of the year" car

A pillar of German economic power

They spend half their time getting on-the-job training under the guidance of qualified mentors in their chosen trade, and half their time studying in specialized trade schools. The system is government-subsidized: Trainees get a modest monthly salary, health insurance, and other benefits, such as reduced-fare access to public transit.

Companies apply to the relevant trade or professional association to become certified providers of trainee positions with the dual education system. The advantage to companies is that they get to know their apprentices, and their apprentices get to know the procedures and tasks within the company. At the end of the three-year training period, it's common for trainees to be offered regular jobs with the company at which they did their training.

Germany's apprenticeship system is one of the pillars of the country's economic strength. Arguably it's the most important pillar, alongside the no-nonsense get-the-job-done attitude that has been characteristic of German culture for centuries - which itself is transmitted to each new generation through the apprenticeship system. 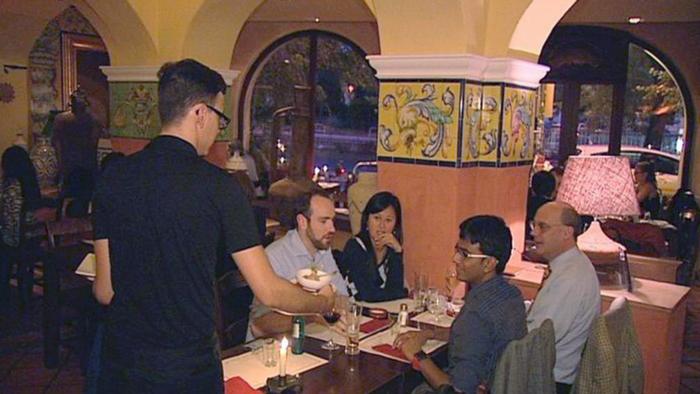 Hospitality industry apprentice working in a hotel: On-the-job training for apprentices, complemented with trade-school study, is a pillar of Germany's economic success

It's therefore a serious problem when a third of the country's businesses are unable to find a sufficient number of willing and qualified trainees to take up apprenticeships.

"The missing apprentices of today are the missing professionals of tomorrow," Schweitzer warned.

Three of four businesses surveyed said they're willing to offer apprenticeships to recently arrived refugees, most of whom are Muslims from the Middle East, South Asia or Africa - provided the refugees had gained adequate German language skills and had been given appropriate residency permits by the government.

DIHK said that a crucial first step toward enabling companies to offer trainee positions to refugees was the "3 plus 2 rule" established under the government's new Integration Law. The rule specifies that migrants with temporary residence permits who have found trainee positions cannot be deported during the three-year apprenticeship period, nor can they be deported for two years after they've finished their training, if they've found a job.

"That's very, very important for the companies," Schweitzer said, because it sets up sufficient legal certainty that they'll be able to recoup their investment of time and staff effort in training migrants. 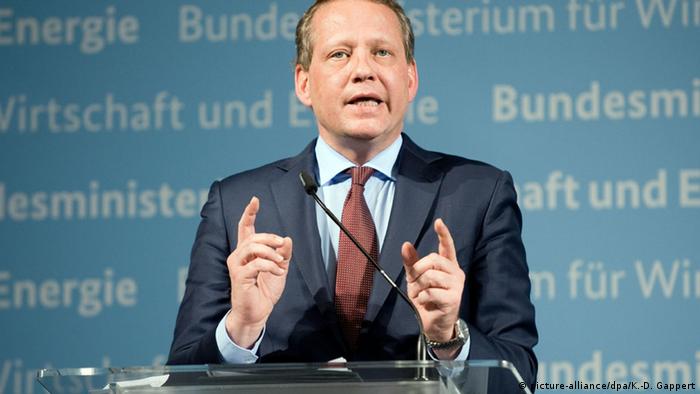 But the refugees won't be able to solve the problem of a lack of willing and qualified trainees in the short- or medium-run, he said, because "integration takes time" - the DIHK's studies show it takes five to seven years before migrants are ready for full integration into the workforce. And their numbers aren't large enough to solve the long-term problem either.

In the short run, companies have reacted to the dwindling number of willing applicants by relaxing their hiring standards. School leavers with poor academic records - even dropouts, whose peers in decades past might have had a hard time being accepted into one of the more demanding trade apprenticeship programs - are often given help to catch up in their math or language skills. And they're being offered better deals than apprentices of previous generations, including better salaries and permanent jobs on finishing their training.

The DIHK wants the government to make greater efforts to improve the quality of new apprentices. About half the businesses surveyed complained that many trainees were poor at basic math and language skills, and many had poor discipline, a weak ability to cope with work stress, and performed inadequately on the job. The school system must address these problems, Schweitzer argued. 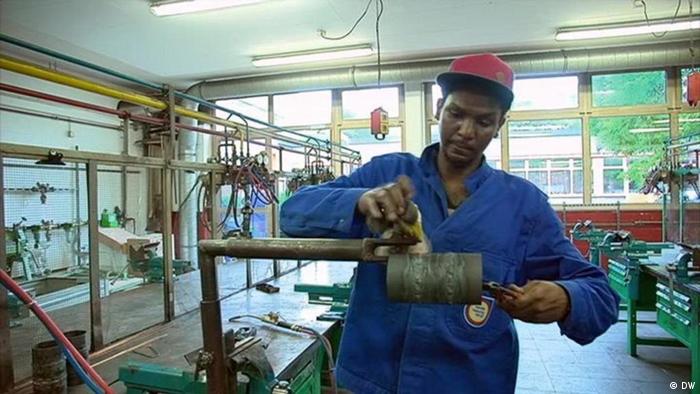 But in the medium term, even turning to less-talented applicants won't be enough to turn around the numbers, according to DIHK's analysis. It will be necessary to entice more of the young people now flooding toward university to take up apprenticeships instead.

To help with that, DIHK suggested "orientation courses" exposing students to trades and professions should be offered at grammar schools (German: "Gymnasien") - the type of high school attended by academically stronger students - in order to help students get a better appreciation of desirable alternatives to going to university after finishing high school.

"A mechatronics technician can easily earn more than many an architect," said Achim Dercks, a DIHK vice-president.

That suggests another possible approach to gaining recruits: Offer trade or professional apprenticeships to people after they've completed their Bachelor's degrees at university. Perhaps traditional boundaries between "Akademiker" and "Arbeiter," or college grads and tradespeople, need to be softened up.

The number of asylum-seeker lawsuits against Germany's Federal Office for Migration and Refugees has risen sharply in 2016. Refugees have sued the ministry over their failure to act on asylum applications. (11.06.2016)

The tech hub The Cube Athens has become a haven for entrepreneurs and tech geeks alike. Now it's offering its services to a new "clientele": young refugees deprived of schooling. John Owens reports from Greece. (31.05.2016)