Greek tech hub gives refugee kids a chance to learn | Europe | News and current affairs from around the continent | DW | 31.05.2016

The tech hub The Cube Athens has become a haven for entrepreneurs and tech geeks alike. Now it's offering its services to a new "clientele": young refugees deprived of schooling. John Owens reports from Greece. 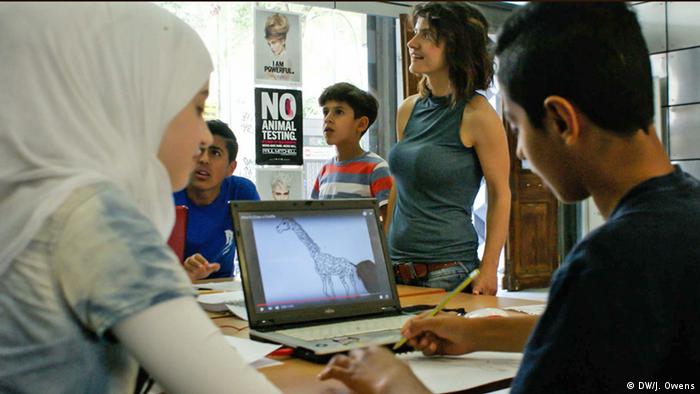 It's usually a haunt for aspiring Greek entrepreneurs and hackathon enthusiasts, but in Athens' foremost tech hangout this time 15-year-old Iraqi Ali Alkhafaji is the one getting inspired.

Along with well over a dozen other youngsters, Alkhafaji is grasping the opportunity to do what so many of his peers cannot - get back into education.

"But here," he explained, gesturing towards the open-plan expanse that makes up The Cube Athens and today doubles as a classroom, "here our brains can return to normal."

The story of Ali Alkhafaji, and the efforts of a pair of entrepreneurs who have decided to help him learn speaks volumes of the challenges faced by refugees in Greece.

The lessons are the brainchild of entrepreneurs Stavros Messinis and Maria Calafatis, the married couple behind The Cube - normally a space for bright young things to network and get their businesses off the ground, especially in the digital sector.

Launched just a few weeks ago, these classes followed trips taken by the pair last year to the Greek island of Lesbos, where they saw the extent of the needs among the hundreds of thousands who were washing up in dinghies on the coastline.

With the closing of the Macedonian border this spring blocking off a well-travelled route into the rest of Europe, and an EU-Turkey deal that involved deporting newly arrived refugees, that flow has been reduced to trickle.

But the problem has shifted. With around 53,000 migrants and refugees trapped in a country most initially hoped would be a transit point, many live in improvised camps with limited access to basic facilities as they seek asylum.

Meanwhile, a generation of children - around 38 percent of those stuck in Greece - remain largely deprived of schooling.

"They are keen to learn and bored out of their minds. We saw the challenge and thought why not start something where we can provide an education," explained Calafatis.

While they had the idea, however, they lacked any experience of teaching, access to the Greek curriculum or much in the way of a common language with the students.

Twice a week youngsters aged seven to 17 use the space and the plentiful laptops available to work in groups, researching and helping one another answer a broad question posed by the entrepreneurs before giving a presentation to the rest of the class.

Named SOLE (Self-Organizing Learning Environments), the technique is tailored to empowering students to educate themselves. 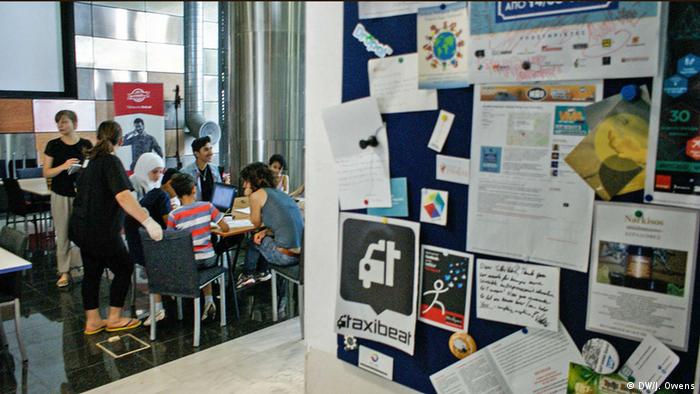 Backed by the likes of Microsoft, the people behind the TED Talks and Newcastle University, it is being adopted in countries across the world and was discovered by the couple online.

"It's like the start-up culture, in that start-ups are very resource limited - they do what they can with what they have," said Stavros.

"Often we don't understand what they're presenting, but that doesn't matter. What matters is they're being challenged and they're pushing one another."

Formerly a student at a school for the gifted, Ali Alkhafaji fled Iraq when his mother, a prominent doctor in Baghdad, received death threats, and was smuggled along with his family from Turkey across the Aegean Sea.

The informal, improvised nature of the classes wasn't quite what Alkhafaji expected, but he is delighted to be able to get back into some kind of classroom.

"I've learnt to see things from another point of view," he said. "My favorite question we've covered is 'what makes you happy?'"

But for all the questions being answered at The Cube, beyond its walls another question remains - how to overcome the ever-growing education gap opening up for those for whom a classroom is a distant memory, if a memory at all.

According to a study released last week by Save the Children, on average a refugee child in Greece has not been to school for more than a year and a half.

"It is critical for a child's development to get them back into school," said Save the Children's Alasdair Roxburgh, "and creating a mixture of formal and informal education is vital."

Alongside the efforts of those like Calafatis and Messinis, classrooms have been improvised across Greece, often in camps by refugees themselves, to help react to the problem. 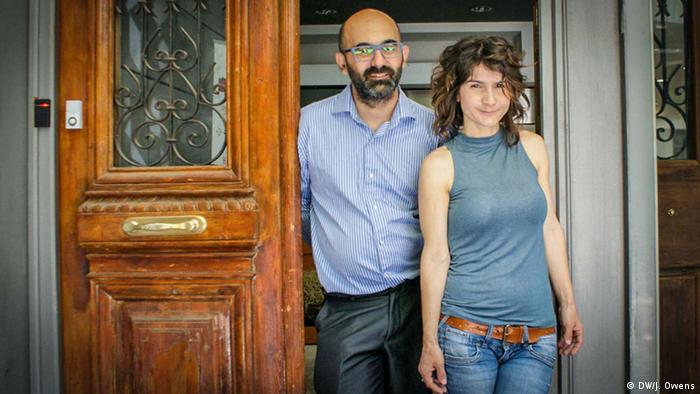 But with refugees shifting between camps within Greece the situation is particularly challenging, and the Greek state is facing its own problems.

At the World Humanitarian Summit earlier this month, Greek Prime Minister Alex Tsipras warned that his country was "facing two major crises simultaneously: the economic and the refugee crisis."

Despite the hardship, his government has pledged to bring refugee and migrant children into formal education for September - a target Roxburgh welcomes and describes as "feasible," before warning there was only "a short space of time" for such a major undertaking.

Calafatis is more blunt in her assessment of the government's efforts so far.

"Why hasn't the state been more involved [in helping refugees]?" she asked. "Why have they waited for the situation to explode?"

Surviving despite the odds

Like many in Greece, Calafatis' life has been shaped by the country's economic crisis.

She changed career to pair up with Stavros in setting up the predecessor to The Cube after Stavros had to leave his previous job amid the world's slide into economic turmoil - a turmoil from which Greece has yet to recover.

But despite the odds, the pair have managed to not just survive, but thrive, moving the hub to bigger premises and enduring the potentially business-killing imposition of capital controls.

Now, that same attitude is being brought to their improvised lessons - in the coming weeks, the plan is to take them on the road in a bid to reach more youngsters.

If such youngsters are to have a chance at re-entering education, added Calafatis, it will remain up to the private and voluntary sector to fill in the gaps left by the state.

"We're just trying to offer our little bit, but if others do, the wheel will turn." 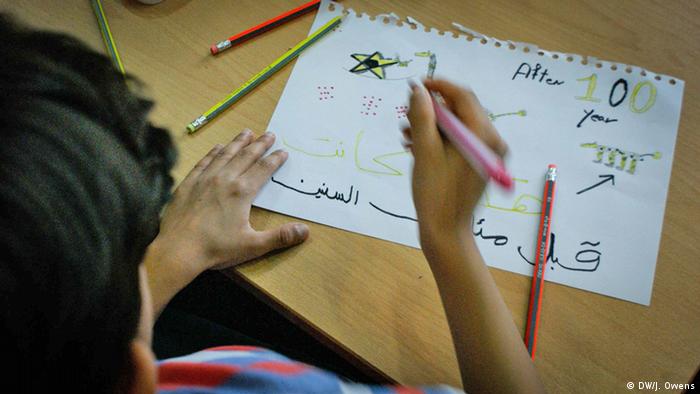 Student ranging in age from seven to 17 attend the classes, which take place twice a week

But as much as they may enjoy the lessons, those benefitting from the entrepreneurs' efforts would always ultimately rather be somewhere else.

Ali Alkhafaji is keenly looking forward to his upcoming interview with the asylum service for possible relocation into Europe.

He doesn't mind so much where he is sent.

But, one day, he hopes, he will be able to get the kind of education he really desires: training to become a dentist, his dream job.