A four-fold rise in attacks on refugee hostels has been recorded this year by Germany's Federal Criminal Office. It says far-right motives were behind most crimes, which Justice Minister Heiko Maas says are inexcusable. 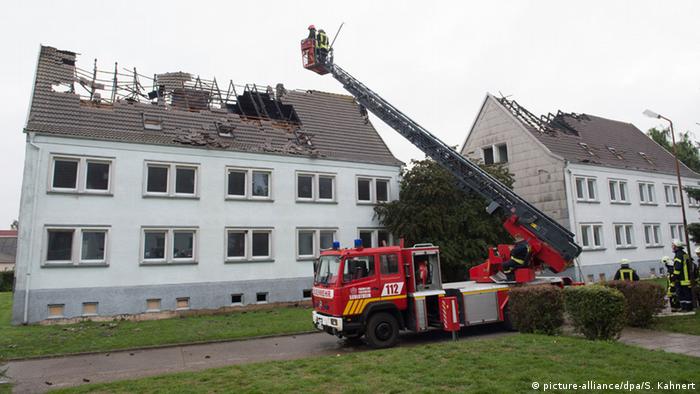 Maas reacted to the statistical summary presented Wednesday by the BKA investigative police bureau in Wiesbaden by saying it was a shameful trend for which the perpetrators had "no excuses" and "no justifications."

Police attributed at least 733 of the incidents to persons with far-right extremist motivations.

Maas said every effort should be made to identify the perpetrators and bring them to justice. 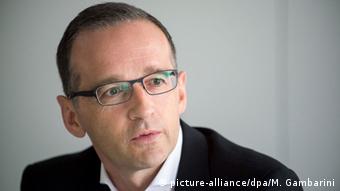 In the whole of last year, the BKA had recorded 199 crimes directed at asylum seeker hostels, of which 177 were far-right motivated.

"It is shameful when within one year the number of arson attacks soars to such an extent," Maas told the Funke media concern based in Essen, which publishes 12 daily newspapers, numerous magazines and operates online portals.

Many involved the setting of fires, but also deliberate flooding by opening taps.

In one such case in Frauenwald, a town in Thuringia state, the interior of an apartment block being prepared for refugees was inundated in October.

Only in 12 of 222 serious anti-foreigner attacks had charges been brought against single or multiple suspects, said Die Zeit.

It said the attacks were scattered across Germany, but were most clustered in the eastern state of Saxony, North Rhine-Westphalia and Berlin.

At the time, the opposition Greens internal affairs spokeswoman Irene Mihalic told the news agency AFP that the low clearance rate was "shocking."

Mihalic, herself a trained police graduate, said authorities too often down-rated anti-foreigner attackers as "local phenomena" instead of looking into a possible networking of perpetrators.

On Tuesday, the Green parliamentarian demanded that private security firms hired to safeguard hostels be certified according to international DsIN-standards and that their personnel be vetted by police.

Authorities must be sure that guards assigned were reliable, said Mihalic

A scandal unfolded last year after refugees were mishandled by guards at a hostel in North Rhine-Westphalia state amid claims that right-wing radicals were being hired as security personnel.

In Berlin, the confiscated of sports halls to accommodate refugees was accompanied by rising tensions.