Hungary's biggest opposition newspaper has been suspended, its owner company said, citing financial loses. Government opponents have rejected the explanation and called for a street rally to defend freedom of the press. 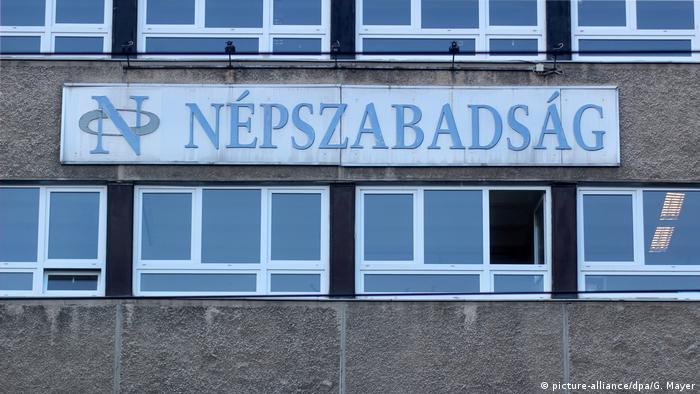 The suspension of the left-leaning Nepszabadsag newspaper marked a "black day for the press," Hungary's Socialists said on Saturday. Other opposition parties also criticized the decision to halt publication, accusing strongman Viktor Orban of trying to control the press.

Earlier on Saturday, the paper's owner company Mediaworks unexpectedly announced it would suspend both the print and online editions of Nepszabadsag. The paper was operating at a "considerable" loss and struggled with dropping circulation, they said in a statement, adding that the publication needed to find a new business model.

Mediaworks wants to "preserve Nepszabadsag for the future," according to the statement. While some reports indicated that the paper might soon be sold to an Orban ally, the company made no mention of any sale.

The company did not say when the paper might reappear.

The editors working at Nepszabadsag said they had no prior notice of the move.

"The country knew about (the suspension) before we did... our first thought was that it had been a coup," they said on Facebook.

A senior editor said that the reporters were suddenly stopped from entering their workplace.

"We are in shock," he told the AFP news agency. "Of course they will try and paint this as a business decision but it's not the truth." 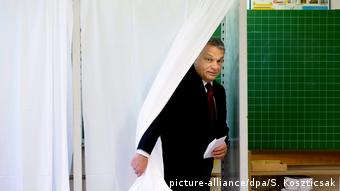 Nepszabadsag has frequently criticized Prime Minister Viktor Orban and his allies, drawing attention in a media landscape dominated by pro-government media. In the last several months, it ran multiple stories on scandals surrounding the top of the government.

"It's a huge blow to investigative journalism and freedom of the press. Nepszabadsag was the largest group of quality journalists in Hungary trying to defend basic freedoms, democracy, freedom of speech, and tolerance," the editor added.

Up until last year, the paper had been owned by a foundation set up by the Socialist party.

The Socialists called for a protest rally in front of the newspaper's office later on Saturday. The suspension also sparked sharp criticism from other political parties, including the far-right Jobbik.

"The total undermining of the Nepszabadsag is the latest example of Viktor's Orban's megalomania," Jobbik spokesman Adam Mirkoczi said. "The only aim of (Orban's ruling party) Fidesz is to either gain 100-percent control over Hungarian media or to obstruct it."

Gianni Pittella, European lawmaker and head of the main center-left group in the EU Parliament, said that the paper's financial position was merely a "pretext."

"The freedom of press is today in danger in Hungary," Pittella said in a statement.

"It is very common in undemocratic systems to shut down hostile newspapers that undermine the power of the government by uncovering - for example - clear cases of corruption. This is exactly what has happened at Nepszabadsag."

The Budapest government rejected allegations of pressuring the media. A spokesman described the suspension as "an autonomous decision of the outlet's owner." The vice president of the ruling Fidesz party, however, offered a different comment on the issue.

"In my modest opinion, it was about time for this newspaper to be closed unexpectedly," Szilard Nemeth told the Hungarian Hir TV.