The biggest international agribusiness trade fair is this year focusing on the treatment of farm animals. With consumers unwilling to pay more, producers are asking how expensive can cheap meat be? 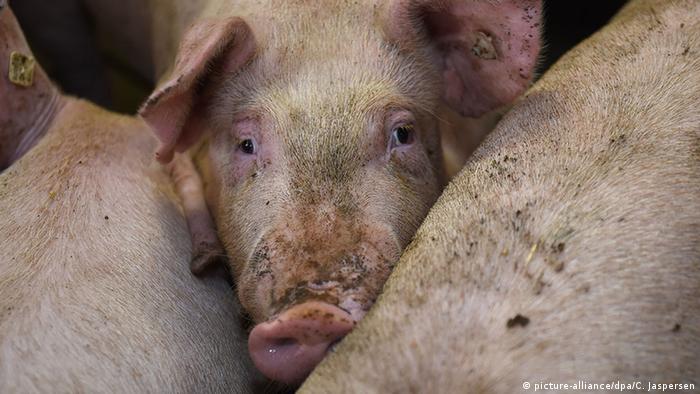 German Agriculture Minister Christian Schmidt is in his element. "For the next ten days, I've pitched my tent here," he says, looking around Hall 23a at the Berlin International Green Week. Schmidt's ministry is present at the food industry trade fair with a special show devoted to current agricultural policy issues. Visitors passing through the individual stations quickly discover that one topic is at the forefront: the welfare of farm animals.

On display, for example, is a prototype machine that allows the sex of chicks to be determined in eggs after they have been incubated for only three days. Eggs from which male chicks would hatch could then be eliminated at an early stage. Since they can neither lay eggs nor are well suited for use as poultry, each year about 50 million male chicks are gassed or shredded alive immediately after they hatch.

Animal protection emerging from the niches

Researchers from the universities of Leipzig and Dresden have been working on the machine for nearly three years. "I wish that those who have developed this device will soon be able to market it successfully," Schmidt says. Its market introduction date was supposed to have been announced some time ago. But Schmidt is unable to say when that will be, as it's supposedly being held up by a dispute over the copyright. 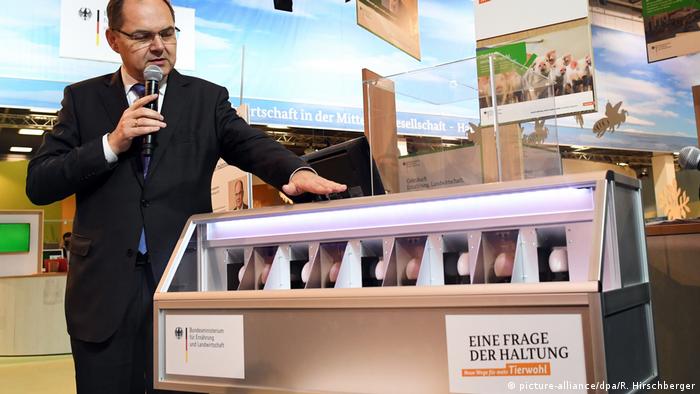 A little further along is the state-administered Mehr Tierwohl, or more animal welfare, label, which will be used in the future to identify the meat of animals whose living conditions exceed legal standards. Criteria include the size and furnishing of the stalls, the duration of feeding and the transport conditions for animals.

The Agriculture Ministry is providing 70 million euros to farmers willing to bear the greater expense it will involve to raise animals this way. The label will appear in stores "next year, or the year after that," Schmidt promises, expressly emphasizing that it is not a "niche luxury label."

But this is exactly what animal-rights activists are accusing him of, because in the foreseeable future only every fifth animal will benefit from the Mehr Tierwohl label. For the other 80 percent of animals, industrial farming will still be the order of the day.

The German Farmers' Association is less critical. "There is a willingness to improve production conditions in agriculture," says its president, Joachim Rukwied.

The association has been working for some time with its own animal welfare label, which is supported by the meat industry and large retailers. Retailers pay 4 cents for each kilogram of meat sold into a fund. From 2018 this is set to increase to 6.25 cents. With the total thus raised of 130 million euros, farmers are being encouraged to set up stalls in a more environmentally and animal-friendly manner than the law requires.

That is not enough for Rukwied. Higher standards, he says, can only be maintained in the long term if prices for food also increase.

Ultimately, he says, agriculture still has to orient itself to the market. "We expect politicians and consumers to make a clear commitment, not only through their words, but also through their pocketbooks - and  thus rewarding products that have been produced under higher standards, and correspondingly higher costs." 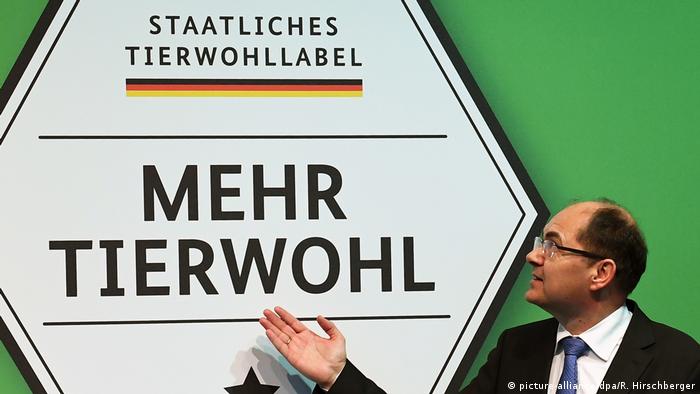 'More Animal Welfare' - Easy to say, but are consumers willing to pay more?

It's a development that the food industry does not expect to happen so quickly. "Consumers expect greater quality and increasingly more sustainability from food, but at the same price, and that is the challenge," concludes Christoph Minhoff, head of the Federation of German Food and Drink Industries (BVE). Competition in the industry is hard, while the profit margin for food is still 1 to 2 percent, he says. That means producers can pass on only a small part of the cost increases to retailers.

Despite all the problems, the agriculture and food industries are cautiously optimistic about the new year. After two years of crisis with shrunken profits, farmers are again displaying more confidence at the Green Week. The fact that the milk price has risen and pork prices have rebounded from all-time lows has had a positive effect, despite strong fluctuations, Rukwied says. "The market has recovered a bit, especially because exports to China have risen very sharply, 80 percent in the case of pork."

The Green Week's doors stay open until January 29. The 26 exhibition halls are fully booked, and 1,650 exhibitors from 66 countries are on site. It's hoped the concept - plenty of food and a lot of show - will again attract around 400,000 visitors this year.

In parallel with the colorful agribuisness showcase, the world's largest international summit of agricultural ministers is taking place at the weekend. Some 80 ministers from all over the world are gathering to talk about agriculture and food. The focus this year is water.