The zookeeper emerged from the attack on her small hatchback with only bruises. It's unclear what enraged the 30-year-old rhinoceros. 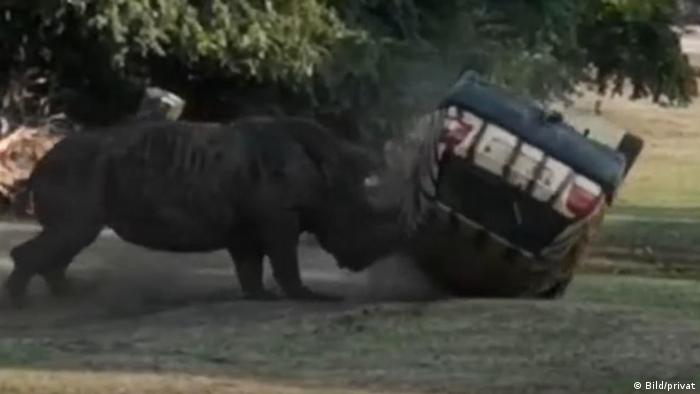 A rhinoceros at the German safari Serengeti Park attacked an animal keeper in her car, overturning the vehicle three times, the park confirmed Tuesday.

A visitor to the park in Hodenhagen, a municipality in the German state of Lower Saxony, filmed the encounter, in which the 30-year-old rhino bull, named Kusini, slammed his horns and body into the animal keeper's car before rolling it over, as seen in a video published by German daily Bild.

The zookeeper, who was driving a small hatchback painted with stripes, emerged mostly unscathed from the attack, only sustaining a few bruises, Fabrizio Sepe, the manager of the Serengeti Park, told the dpa news agency.

It's unclear what enraged Kusini, who has been living in the park for the past 18 months and was still acclimating to his new surroundings, Sepe said. 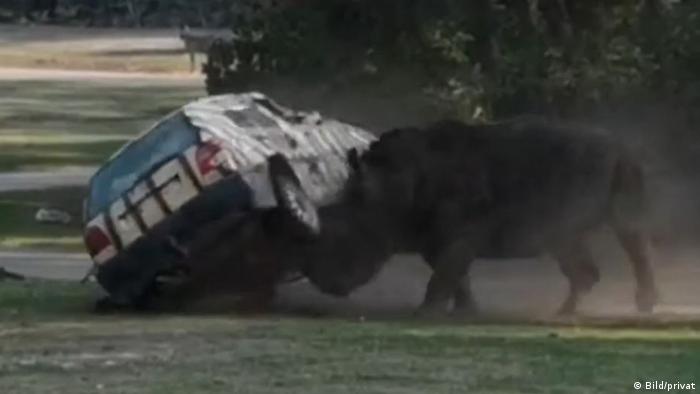 Kusini the rhinoceros overturns a small vehicle carrying a parkkeeper, who emerged unscathed.

Kusini does not present any risk to visitors, Sepe added, and is only allowed onto the park premises in the mornings and evenings after the visitors have left the park with their own vehicles.

Sepe admitted that Kusini might be better off in a zoo environment, but said the rhinoceros bull is "a very valuable animal" who had been given to the park for breeding purposes.

Earlier this year, the same Serengeti Park made headlines when another animal keeper accidentally wound up in an enclosure with two lions, and subsequently sustained injuries.

The northern white rhino, a subspecies of rhinoceros,  went functionally extinct last year following the death of Sudan, the last known male of his kind.