The ex-head of Germany's refugee agency has alleged he told Angela Merkel about the excessive demands placed on staff. A BAMF official is facing allegations she received bribes in exchange for processing asylum requests. 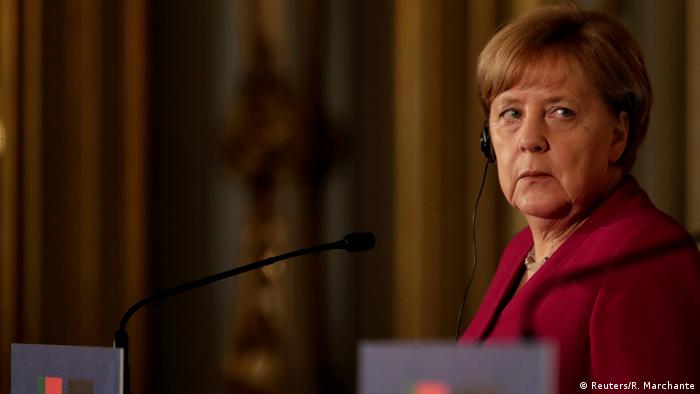 The former head of Germany's Federal Office for Migration and Refugees (BAMF) has alleged he twice warned Chancellor Angela Merkel about the excessive workload and demands being placed on agency staff.

Frank-Jürgen Weise told Germany's Bild am Sonntag newspaper that he had expressed his grievances during face-to-face talks with Merkel over how asylum requests were managed at BAMF.

After heading the federal refugee agency between October 2015 and December 2016, Weise also wrote two reports for the federal government on his experiences at the helm of BAMF.

According to Bild am Sonntag, which claims to have seen the reports, Weise alleged that new management, called in to help BAMF meet the demands posed by the influx of refugees, had "never witnessed a government agency in such a bad state of affairs."

Weise also pointed the finger at Germany's Interior Ministry for the failings within BAMF.

"The question that arises is how nobody could possibly have noticed the state of the agency's IT systems and procedural operations," Weise said. "It is inexplicable how, given the situation, it could be assumed that BAMF would be able to cope with the considerable influx in refugees."

Weise added that he had sent his findings to officials at the Interior Ministry.

A ministry spokesperson confirmed the existence of Weise's report and said many of his suggestions had "found their way into current works aimed at improving the situation."

The BAMF is currently engulfed in scandal after a regional officer in Bremen was placed under investigation over allegations she granted asylum to some 1,200 migrants, possibly in exchange for bribes, between 2013 and 2016.

The accused, identified under German privacy laws only as Ulrike B., has described the allegations as "nonsense."

Four other employees at Bremen's BAMF office are also under investigation for alleged corruption.

Regardless of whether Ulrike B. is found guilty or not, the incident has cast a light on the unprecedented strains placed on Germany's refugee agency offices following the huge influx of asylum seekers, mostly from the Middle East, that arrived in Germany beginning in the late summer of 2015.

According to officials, there is still a backlog of some 50,000 asylum applications.

The ex-head of the Bremen BAMF refugee agency is being condemned by media and her superiors before the trial, her lawyer said. She is under investigation for irregularities in processing hundreds of asylum applications. (02.06.2018)