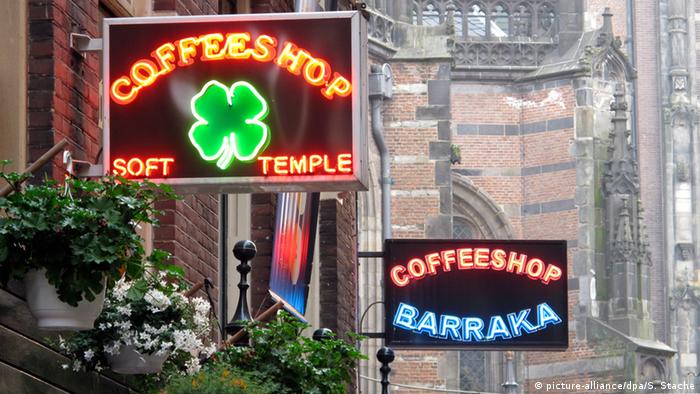 As Amsterdam's tourism industry slowly begins to recover from the impact of the pandemic, its famous cannabis cafes could be facing a new hurdle, in the form of a ban on foreign tourists.

Earlier this year, the city's mayor, Femke Halsema, touted a proposal to ban foreign tourists from entering cannabis-serving establishments as a way to reinvent the city's image. Banning foreigners from cafes, supporters say, would help to stop the influx of rowdy tourists who crowd the city's streets and annoy some locals.

However, following more than a year without much revenue from overseas travelers, cafes fear that such a ban would make recovery even more difficult, driving out legal businesses and creating a platform for street dealers.

In recent pre-pandemic years, the city attracted around 20 million tourists annually. But even after several lockdown measures were lifted, the number of foreign visitors to the city remains well below that previous total.

Eve Mcguire, who works at Coffeeshop Reefer, said that without tourists, a sizable portion of the cafe's revenue would disappear. 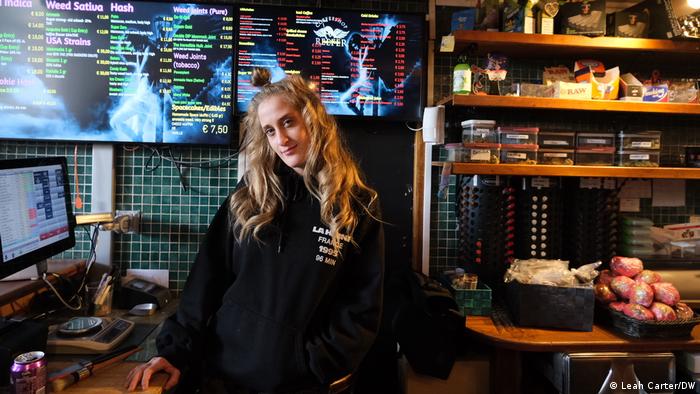 Gary Gallagher, the manager of the Amsterdam Cannabis Museum, told DW that even with newly-eased travel restrictions, the amount of cash flowing in is still only about half of what it was before the pandemic.

He believes that due to the amount of money that the industry brings in, such a ban on foreigners in cafes is unlikely to come into effect. Even if officials manage to push the ban through, he and other critics say it would likely push the cannabis industry underground. 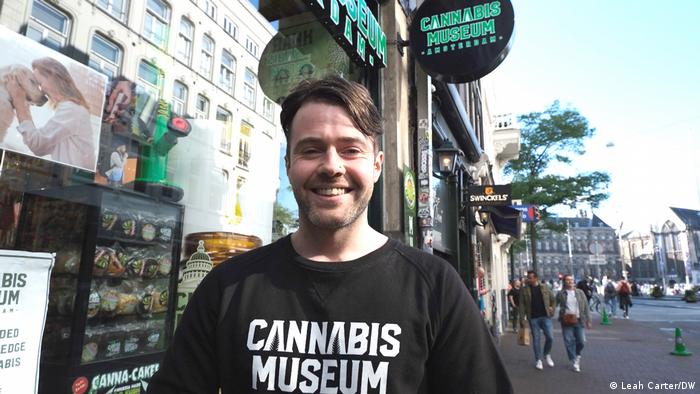 "I think they can change the rules and not the culture. Amsterdam will have this reputation forever," he said.

"When they closed the coffee shops for [the] corona[virus pandemic], there were drug dealers on every street corner. So a few days later they reversed the move."

Mcguire agrees that the chances of such a ban are exceptionally slim. "It's totally a lie," she said. "They will never ever let that come to pass."

She is also concerned that enforcing such a law would be difficult, given the number of non-Dutch European Union residents who work in the city.

"People would have to show residency, but you don't need residency to work here if you're within the European Union," said Mcguire.

However, even Mcguire herself found Amsterdam to be more peaceful without the influx of travelers. "It was nice to not hear seven days a week 24/7 people coming in and out. The street never shuts up, I didn't miss the tourists to be honest," said Mcguire.

Others have stronger feelings on the matter. Milan, a 26-year-old resident who lives in a souterrain apartment in the heart of De Wallen, told DW that a drunk tourist, one of the many who stumble around the area at night, once vomited into his window. 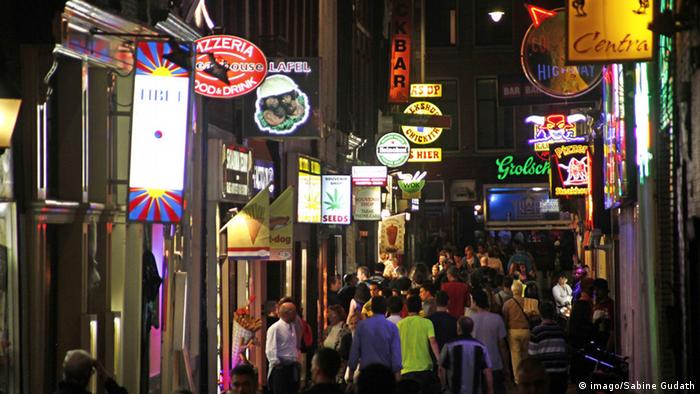 Amsterdam is known for its vibrant nightlife

"I was just chilling on my bed when I saw someone outside, who just sat down and then he puked into the window," he said.

He added that he'd be happy to see new regulations in place to limit party-going tourists. "They have no respect. It's a neighborhood but they don't see it as a neighborhood where people live."

This year, Mayor Halsema announced a plan to move sex workers from the De Wallen red light district away from the windows and to a central building closer to the outskirts of the city.

Amsterdam has also added more red tape for those wanting to rent flats out on Airbnb in the city.

In addition, city officials have introduced a tourist quota after a citizens' initiative lobbied for the move. It sets a limit of no more than 20 million overnight stays a year. Amsterdam is the first city in the world to introduce such a cap.

Officials say the proposed ban on foreigners in cannabis cafes would help the city attract a more wholesome set of travelers, as those coming to make use of the liberal policies on drug use and enjoy the sex industry are not always the same people coming to admire the picturesque canals or to see the Van Gogh House. 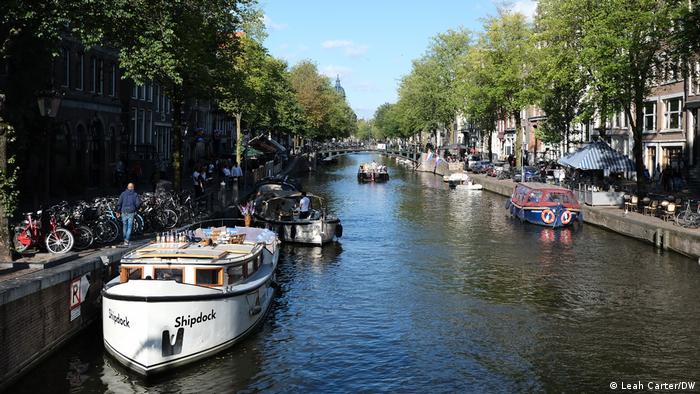 However, Gallagher believes that if officials want to tackle the kind of mayhem that party-oriented tourists create in the city's central districts, a better solution would be to simply focus on policing the central districts more heavily.

"They could have more of a police presence in the red-light district. They were just turning a blind eye, but now there's a chance for them, if they want to clamp down on it," he said. "If they want to cut down on the rowdy UK bachelor parties, we're all in favor of that, but stopping people from spending money, especially now, I don't think that's very smart."