The Netherlands' largest city has long been a haven for cannabis users around the world. But the mayor did not want the city to become only known as "a place of soft drugs tourism." Tourists' plans to enter Amsterdam's famous "coffee shops" after the coronavirus pandemic may go up in smoke as the city's mayor considered banning foreigners from entering the shops.

Mayor Femke Halsema said many of the ever-increasing-number of tourists in The Netherlands' largest city were there simply to consume cannabis in the euphemistically named "coffee shops" and had become a problem for locals.

"Amsterdam is an international city and we wish to attract tourists, but we would like them to come for its richness, its beauty and its cultural institutions," said Halsema on Dutch public broadcaster NOS on Friday.

The public prosecutor and the police supported the move.

Why is Amsterdam known for cannabis?

It is technically illegal to consume cannabis in the country, but possession of fewer than 5 grams (0.18 ounces) was decriminalized in 1976 under a so-called "tolerance" policy. In principle, only Dutch residents are allowed to purchase cannabis in so-called "coffee shops," but there is an exception for shops in Amsterdam.

There are 570 shops across the country, according to the Health Ministry. Amsterdam has about 166 shops, according to the city's own data. The shops have been allowed to remain open during the COVID-19 pandemic, but customers have to take their purchases outside. 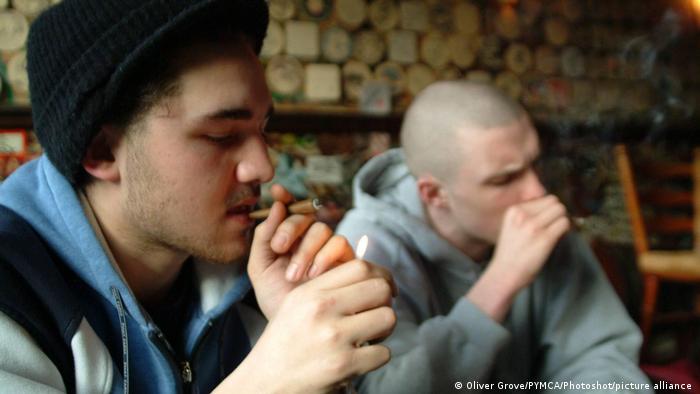 Amsterdam has long been associated with cannabis culture, especially in its coffee shops

Amsterdam also hosted the Cannabis Cup festival for decades, celebrating cannabis culture. The city's cannabis culture was also noted in some movies, including Cheech and Chong's "Still Smokin'" and "Harold and Kumar Escape from Guantanamo Bay."

In a letter to the city council, Halsema said she hopes to make Amsterdam less attractive as "a place of soft drugs tourism." Studies have shown that tourism would decline sharply if foreigners were banned from the coffee shops.

Thailand has legalised the growing of marijuana and its consumption in food and drinks. It is the first Asian country to do so, with the aim of boosting its agriculture and tourism sectors — but smoking pot is still against the law.

Thailand plans to give away 1 million marijuana seedlings to encourage growers — getting high, however, could still be punished.