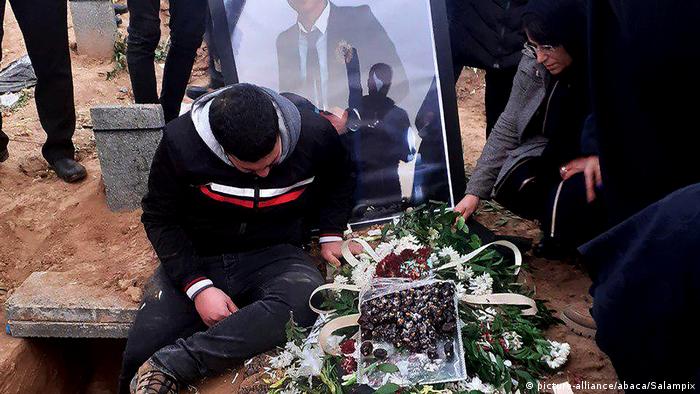 At least 304 people were killed and thousands more injured during a three-day crackdown on nationwide protests in Iran in mid-November, Amnesty International said Monday.

The London-based rights group had previously estimated 208 deaths, while the US special representative to Iran said that up to 1,000 people may have been killed. Iranian officials have not released official death figures.

Amnesty said it had collected "harrowing testimony" and analyzed videos revealing how Basij militia and Revolutionary Guard members killed hundreds of protesters between November 15 and 18.

"The majority of the deaths that the organization has recorded occurred as a result of gunshots to the head, heart, neck and other vital organs indicating that the security forces were shooting to kill," it said.

Authorities then went on to implement a "wide-scale clampdown designed to instill fear and prevent anyone from speaking out about what happened."

"Iran's authorities are carrying out a vicious crackdown following the outbreak of nationwide protests on 15 November, arresting thousands of protesters as well as journalists, human rights defenders and students to stop them from speaking out about Iran's ruthless repression," Amnesty said.

Some people have been arrested at hospitals and denied vital treatment in custody, while others were picked up from their homes and work, it said.

In other cases, detainees have been forcibly disappeared, tortured or held incommunicado without access to family and lawyers, it said.

The massive protests were triggered by an increase in the price of subsidized fuel, but quickly turned into a backlash against the Islamic Republic and deteriorating economy following the reimposition of US sanctions.

Several government officials, including the Supreme Leader, blamed the unrest on "rioters" and foreign powers. State media have called for the death penalty to be used against protest "leaders."

Information about the protests has been slow to leak out of the country because the internet was shut down for weeks.

Amnesty urged Tehran to "urgently and unconditionally release all those who have been arbitrarily detained" and called on the UN to investigate the killings and other abuses.

"The world must not stand by in silence as the Iranian authorities continue to commit widespread human rights violations in their ruthless bid to crush dissent," said Philip Luther, Amnesty's Middle East and North Africa research director.

An American graduate student detained in Iran will soon be reunited with his family, while an Iranian scientist has been released by the US in return, Iran said. Trump thanked Tehran for "very fair" negotiations. (07.12.2019)

Protesters in Baghdad have been targeted by unknown assailants, leaving 15 dead. Meanwhile, the US has imposed sanctions on three Iranian-linked Iraqi militia leaders for allegedly assisting efforts to thwart the unrest. (06.12.2019)