Amnesty International: 2021 was the year of broken promises | World | Breaking news and perspectives from around the globe | DW | 28.03.2022

Amnesty International: 2021 was the year of broken promises

The human rights monitor looks back on civil and human rights in 2021, a year of dashed hopes. According to Amnesty International, the digital sphere is increasingly becoming a space for activism — and repression. 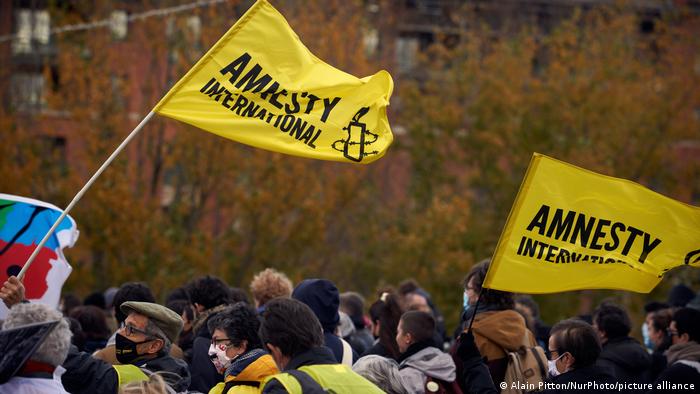 Every year, Amnesty International looks at developments around the world and compiles an analysis of the most important global trends in human and civil rights. In its latest annual report, released Tuesday, Amnesty Middle East and North Africa research and advocacy director Philip Luth says: "2021 was a year of really quite significant promises. ... The reality was completely otherwise."

There had been hope that the world might emerge from the pandemic equitably, Luther told DW, but richer countries in particular have prevented the widespread manufacture and distribution of vaccines. The annual report cites the facts: Fewer than 8% of the 1.2 billion people in Africa were fully vaccinated at the end of 2021 — the lowest rate in the world and far from the WHO's 40% vaccination target. 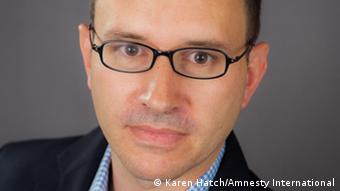 The distribution of vaccines was just one of the disappointments of 2021. The study found that many governments have used the pandemic to suppress opposition and civil society. "It's across regions and that's one of the reasons we highlighted it in our global analysis," Luther said. "Some governments very specifically used the smoke screen of the pandemic to restrict freedom of expression." Examples of countries where protests have been broken up and human rights defenders are at risk include Cambodia, Russia, China and others.

"If in 2021 those in power lacked the ambition and imagination to tackle humanity’s gravest adversaries, the same cannot be said for the people they should have represented. In 2021, people across the world stood up not only for their own rights but in solidarity for the rights of all," writes Agnès Callamard, International Secretary-General of Amnesty International, in the foreword of the annual report.

However, according to Amnesty and other international organizations, the pandemic is also having an effect on civil society and its ability to defend against injustices. "There are various strategies that are making it increasingly difficult for civil society to operate in different regions of the world," Silke Pfeiffer, head of the department for human rights and peace at the Christian-affiliated aid organization Brot für die Welt (Bread for the World), told DW. "This is quite specifically directed at individual activists, who are discriminated against, threatened, persecuted and in some cases murdered." In many countries, Pfeiffer said, governments cultivate a hostile environment. "It becomes increasingly difficult for civil society organizations to work," she said. "That goes as far as the closure of NGOs; we see that again and again."

To cite just one example: In late March, Nicaraguan President Daniel Ortega had 25 nongovernmental organizations closed. One of them is the Nicaraguan partner organization to Brot für die Welt.

Governments and NGOs are increasingly doing their work online. Luther describes the development as a "double-edged sword." Authorities clandestinely use technology in ways that have a negative impact on people's human rights, he said: "Governments in many cases were also then trying to shut down and disrupt tools that enable civil society to better communicate with each other and spread information."

Amnesty International's annual report cites multiple examples of this: the internet shutdown from August 4, 2019, to February 5, 2021, in the India-controlled regions of Jammu and Kashmir; the use of facial recognition technology at protests in Moscow; and the use of Israel's Pegasus spyware against journalists, opposition figures and human rights activists. Pfeiffer said the internet was an important way for civil society to organize and mobilize. But she added that, around the world, "governments and other actors have completely upgraded digitally and are now also taking very strong action against freedom on the internet — through censorship, by shutting down internet services, through mass surveillance."

Across the world, Amnesty noted, people took to the streets to fight for their rights and the rights of others in 2021 — in Russia, India, Colombia, Sudan, Lebanon and at least 75 other countries.