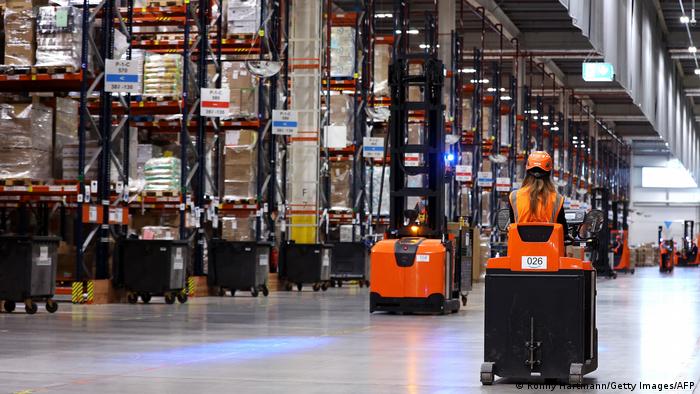 Amazon, which employs 23,000 people in Germany, said it was cooperating with investigators

The 10th amendment of Germany's Act against Restraints of Competition (GWB) allows regulators to scrutinize Amazon and other "large digital companies" — reflecting EU policy to curb and tax internet giants.

Amazon replied Tuesday that it was cooperating "fully" with Mundt's agency, known in German as the Bundeskartellamt and based in Bonn.

The agency said under the law change it could "intervene earlier and more effectively" against big tech enterprises, on a more preemptive basis against possible monopolies in the making. Mundt described this as the ability to act "before the child falls into the well," rather than trying to fix the problem after it materialized.

Amazon had many online marketplaces and other digital offerings, said Mundt, now being scrutinized to see if an "ecosystem" of economic power had emerged.

"Examples of conduct which could be prohibited under the new provision include the self-preferencing of a group's own services," said the anti-monopoly agency.

The cartel office said that it had used its new powers: to widen the scope of a probe into Facebook over its integration of virtual reality headsets.

A Munich court recently ruled that Amazon must list the origins of fruit and vegetables it sells online — amid consumer litigation and fears among street-front retailers of losing business.

In a win for Amazon last week, an EU court annulled a European Commission order that its European headquarters in Luxembourg pay back-taxes. That judgement, however, is still open to appeal.

Germany and France recently joined a call by US Treasury Secretary Janet Yellen that a global minimum corporate tax of 21% be aimed at multinationals such as Google and Amazon.

Across Germany Amazon operates some 16 logistic centers, employs 23,000 people, and logged record annual turnover of $29.5 billion (€24.3 billion) within Germany during the pandemic.

That was a gain of 32%, keeping Germany ranked as Amazon's second-most lucrative market after the US.

Africa is developing its digital infrastructure with the support of know-how and technology from Silicon Valley. Is it giving the tech giants too much power?

Handelszeitung based in Zurich, Switzerland