Almost a quarter of women experience online abuse and harassment

Online abuse against women has real life consequences including self-censorship and psychological damage. An international survey shows nearly one in four women have experienced such abuse, including physical threats. 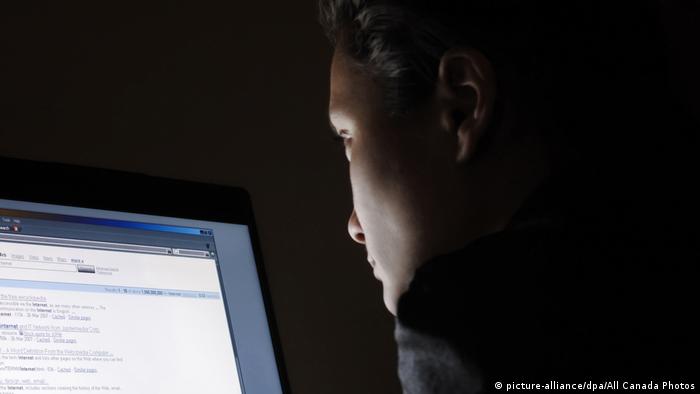 Abuse against women conducted over the internet leads to self-censorship, stress, anxiety and even panic attacks, Amnesty International said Monday.

Nearly one in four women (23 percent) in eight countries said they had experienced online abuse or harassment at least once, according to an IPSOS MORI poll conducted for the human rights group.

"It's no secret that misogyny and abuse are thriving on social media platforms, but this poll shows just how damaging the consequences of online abuse are," said Amnesty researcher Azmina Dhrodia. "This is not something that goes away when you log off."

Of those who have experienced online harassment, between one-fifth and one-quarter said the abuse included threats of physical or sexual assault. Around a quarter said they feared for their family's safety.

Half of women in Germany victim of sexual harassment in workplace

About three quarters of women said that they had changed how they used the social platforms as a result of abuse, with 32 percent stopping to post content or refraining from expressing their opinions on certain issues.

"Social media has helped enhance freedom of expression, including access to information in many ways. But as offline discrimination and violence against women have migrated into the digital world, many women are stepping back from public conversations, or self-censoring out of fear for their privacy or safety," said Dhrodia.

Amnesty called on social media platforms to do more to comply with their own standards, including tackling threats based on gender or identity.

The poll was conducted on a total of 4,000 women aged 18-55 in the United States, Britain, Spain, Poland, Sweden, Denmark and New Zealand.

Many German politicians are regularly threatened and insulted online. The Greens parliamentarian, Özcan Mutlu, is just one example. As election season heats up, so too do the reactions on social media. (27.07.2017)

You too? Sexual harassment in the German workplace

Sexual harassment in the workplace has been a serious issue for many years in Germany and beyond, yet has remained largely taboo. Will recent events prompt a major cultural shift? (02.11.2017)