Two bishops have been kidnapped by rebels in a village in Aleppo Province, according to Syrian state news. The Christian clergy members were reportedly carrying out humanitarian work when they were abducted at gunpoint. 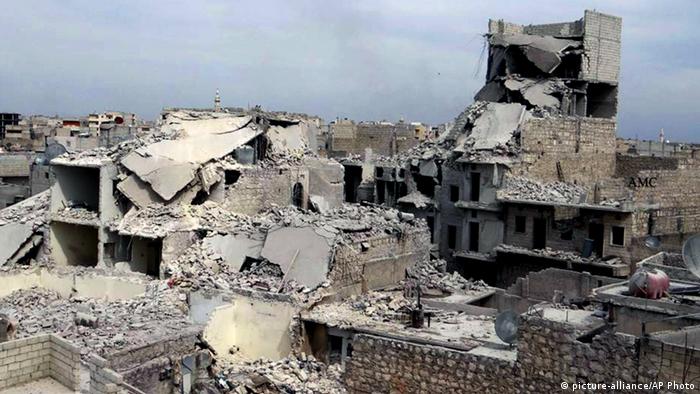 Syrian state news agency SANA reported on Monday that two bishops from the Syriac Orthodox and Greek Orthodox Churches, respectively, had been kidnapped at gunpoint in the village of Kafr Dael in Aleppo Province.

Christian residents of Aleppo told the AFP news agency that Ibrahim had driven in his car to the Bab al-Hawa crossing at the Turkish border to pick up Yaziji. The border crossing is under rebel control.

The car was then intercepted on its way back to Aleppo by gunmen, who killed the driver and then kidnapped the two bishops, according to the Christian community members contacted by AFP.

A Syriac member of the Syrian National Coalition (SNC), Abdulahad Steifo, told the Reuters news agency that the two bishops had been kidnapped on the road from Baba al-Hawa to Aleppo. The SNC is an umbrella group representing Syria's various opposition elements.

What began as protests to topple Syria's regime in March 2011 has developed into a civil war. The UN says some 70,000 people have been killed. Read DW's multimedia coverage and analysis of the conflict in Syria. (18.04.2013)

When asked by Reuters who had kidnapped the bishops, Steifo said that "all probabilities are open."

Meanwhile, EU foreign ministers meeting in Luxembourg on Monday agreed to ease sanctions against Syria, allowing the 27-member bloc to support the rebels financially by purchasing oil from them.

Under the decision, European importers can now buy Syrian oil under opposition control, under the condition that the transaction is authorized by the SNC.

Syrian rebels have captured large swathes of the north and east, where much of Syria's oil reserves are located. According to US government data, Syrian oil production stood at 153,000 barrels of oil a day, a 60 percent decline since March 2011 when the uprising began.

"The humanitarian situation is extremely alarming. The Council today adopted a decision that will allow the Syrian National Coalition to take advantage of the oil and gas reserves under its control," EU foreign policy chief Catherine Ashton told reporters on Monday, referring to the Council of Ministers, an EU body which in this case was composed of the member states' top diplomats.

British Foreign Minister William Hague said on Monday that easing sanctions sent an important message of support to the opposition.

"It is important for us to send a signal that we are open to helping in other ways, in all the ways possible, including ways adding to the finances [of the opposition]," Hague told reporters in Luxembourg.

At a meeting of the "Friends of Syria" over the weekend in Istanbul, the US promised to double its nonlethal assistance to the opposition.