An Alaskan man traveling in a one-person boat down the Yukon River accidentally entered the Bering Sea and has landed in Russia's isolated Far East. He has been detained and will likely be deported. 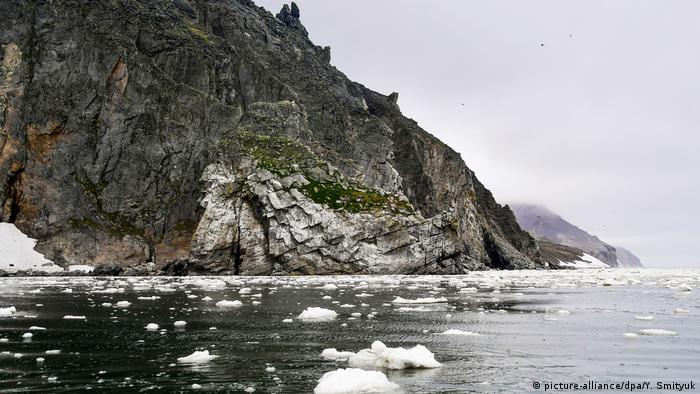 A man from Alaska spent several days in rough weather in a one-person boat after accidentally entering the formidable Bering Sea before landing in Russia's Chukotka region, officials from the Russian Foreign Ministry said Friday.

Read more: Climate change: A village falls into the sea

"It turns out he was sailing on the Yukon River in Alaska in his personal one-man boat," said Foreign Ministry spokeswoman Maria Zakharova.

"Around two weeks ago he decided to go out into the open sea and, because of difficult meteorological conditions and a lack of a navigation system, he spent a few days in the open sea and that's how he ended up on Russian soil," she said. 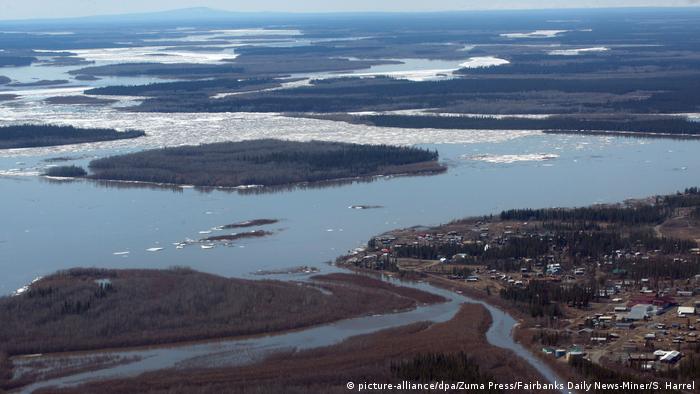 Zakharova said William was in good condition and would be transferred to Anadyr, Chukotka's capital.

The US Embassy in Moscow said it was working with local authorities to assist the American citizen, who lives in Anchorage.

The Bering Strait between Alaska and Russia is about 80 kilometers (50 miles) wide at its narrowest point. It is known for its strong currents, cold water and choppy seas.

The Russian side of the strait is heavily militarized, and access to foreigners severely restricted.

In 2006, a British adventurer and his American counterpart became only the second pair of explorers to cross the frozen Bering Sea on foot before being arrested and deported from Russia.

Two moose were found entangled in battle and encased in ice near a remote Alaskan village. The moose are believed to have been in a fight when their antlers locked and fell in the water, which quickly froze. (19.11.2016)

The director of the International Atomic Energy Agency has left the Zaporizhzhia nuclear plant after spending several hours at the site. He said experts from the UN agency would remain behind. Follow DW for the latest.

Zelenskyy said Ukrainians must not allow Moscow to "spread despondency and fear" among them. Meanwhile, Russia accused Ukraine of poisoning its soldiers. DW rounds up the latest.