After the El Paso massacre, US President Donald Trump condemned racism and intolerance. But the message that hate has no place in the United States is one he still needs to get, writes Anabel Hernandez. 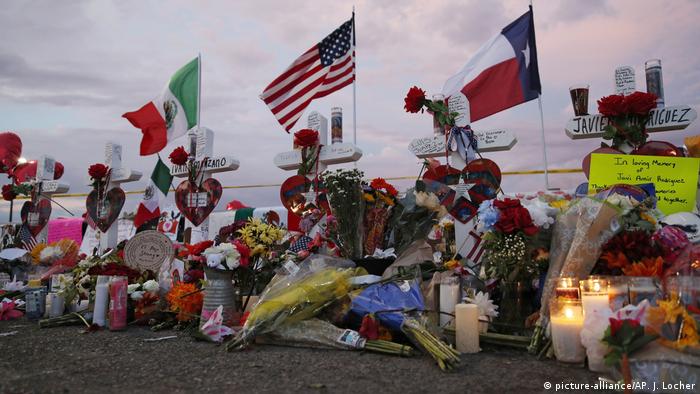 Elsa Mendoza, 59, was a teacher and principal at a school for handicapped children in Ciudad Juarez, Chihuahua. On August 3, she and her husband and two children crossed the border between Juarez und El Paso, Texas, to visit family members as she did every day. She was in Walmart, near the Cielo Vista Mall, when 21-year-old Patrick Crusius opened fire in the crowd "to kill Mexicans."

Elsa Mendoza's body returned in a hearse this week to Ciudad Juarez. She is one of eight Mexican victims of the massacre, in which 22 people were killed and more than 20 were injured. With her died Sarita Regalado and her husband, Adolfo Cerros, Maria Eugenia Legarreta, Jorge Calvillo, Gloria Irma Marquez, Iván Filiberto Manzano and Juan de Dios Velazquez. They all had three things in common: They lived and worked near the border, crossed the border regularly and were generally known as people who contributed to improving society.

It was less than 10 kilometers (6 miles) from Mendoza's house to the Walmaert. Ciudad Juarez and El Paso are a single metropolitan area surrounded by a dusty landscape. There are often members of the same family living on both sides of the border who meet at weekends either on the Mexican or US side. 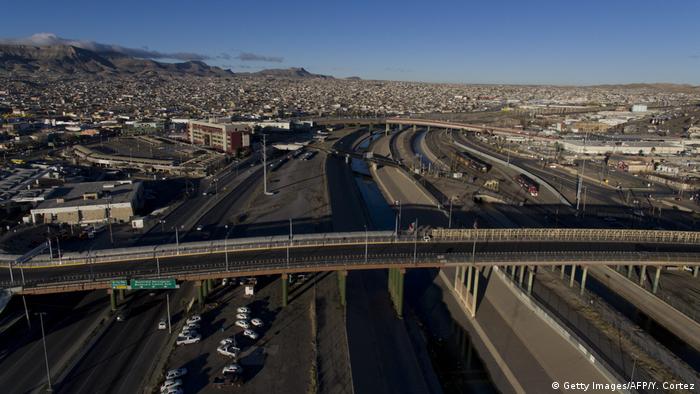 To the right, Ciudad Juarez, to the left, El Paso

All that separates the cities is the Rio Bravo, a small stream and a fence that disappears several meters in the countryside. The clearest way to distinguish where Juarez ends and El Paso begins is a red X-shaped sculpture on the Mexican side.

Nearly 10,000 people cross daily at the four border crossings by foot, with public transport, trucks or cars. Thousands of people travel every morning from Juarez to El Paso to go to work, to school or to go shopping. US citizens come from El Paso to Juarez to fill their cars with gasoline, to go to the pharmacy or doctor's office, because it's much cheaper. And, of course, to party.

It's quite different for the many other Mexicans and migrants from different parts of Latin America who cross the border in the desert in the search of employment. They risk their lives escaping poverty, violence or both.

The "Bracero Program" – when the Mexicans were welcome

The flow of people between Juarez and El Paso has a long history. It was promoted in 1942 during the Second World War by both countries with the signing of the bilateral "Bracero Programs." The aim was to employ Mexican workers, which would enable the US economy to make up for the labor deficit produced by soldiers who left to fight. Although the war ended three years later, both governments extended the "Bracero Program" until 1964 as the US economy expanded. This explains why 83% of the 680,000 inhabitants of El Paso have a Hispanic background.

For four years, Donald Trump has been waging a hate campaign via Twitter against Mexicans in particular and migrants in general. He did so on June 16, 2015, when he announced that he was running as the candidate of the Republican Party in the race for the presidency.

"When Mexico sends people, then they don't send their best. They don't send you. They send people with lots of problems and they bring these problems with them to us. They bring drugs. They bring crime. They are rapists. And some, I gather, are good people. But I have been speaking with people at the border and they tell me what's happening," said Trump the same day. Later in the election campaign, he announced that as president he would order the building of a wall along the 3,000-kilometer-long border. 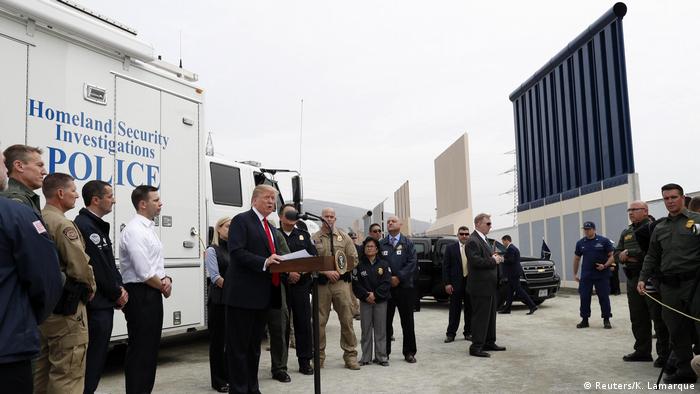 The defamatory speeches found favor with a niche of the American public that had previously been relegated to the fringes of society. I lived in San Francisco when Trump began his campaign. In this liberal area academics at the University of Berkeley made fun of the entrepreneur Trump. They called him a clown, ridiculous and ignorant and were sure that a person like him could never become president of the United States. And I was there in November 2016 when he was elected. I saw an intellectual class crying, they could not understand what had happened. A teacher in the Spanish and Portuguese department told me, "This is the worst day of my life."

The attitude of some US citizens in former non-racist areas began to change. I remember how a US academic talked about seeing a Hispanic family harassed into leaving a spot on the beach because a white family did not want Latinos there.

Trump's hate propaganda has continued unabated: "Mexico allows thousands through their country right to our dumb, open door. The Mexicans laugh at us while they drive past in the buses." "Mexico cheats the United States." "Since 2000, North Carolina has lost 300,000 jobs in production and Ohio 400,000. They are now in Mexico." "The Mexican justice system is corrupt like a large part of Mexico. Pay back the money you owe us and stop sending criminals to our border." "Mexico is not our friend. They kill us at the border and they kill in employment and trade." "I will build a wall and Mexico will pay for it."

Those are just some of his Twitter tirades from the last four years.

Not drugs from Mexico that are killing the most

Hate speech around the world is anchored in ignorance, and Trump is no exception. In his racist messages, he never mentions the "Bracero program" or the wealth legal and illegal Mexican workers have generated for decades in the United States.

He also does not mention that the drugs American citizens consume most are not the drugs traded by the Mexican cartels but the opiate medication, which is legally manufactured by American pharmaceutical companies and bought with prescriptions written in the United States. According to a report from the US Drug Enforcement Agency from October 2018, prescription medications are responsible for most overdose deaths since 2001 — more than any illegal drug.

"Mexico has used the United States for decades and made a fortune," Trump wrote in June.

A racist pamphlet, which the Texas police attributed to Patrick Crusius, described the "Hispanic invasion in Texas" and the risk that Hispanics would gain economic and political control over the state. "If we get rid of enough of them our way of life would be more sustainable," wrote the young man charged with grabbing an AK-47 assault rifle, driving nine hours to El Paso and opening fire on people at the mall. The goal was "to kill as many Mexicans as possible" he admitted after his arrest.

Hatred kills — says even Trump himself

"Mental illnesses and hatred pulled the trigger, not the gun," Trump said of the massacre in El Paso. The man who is running for a second term as president also said hatred had no place in the United States and that racism, white right-wing extremism and intolerance should be condemned. He needs to be the first person to learn that lesson.

It is impossible to foresee the consequences of the El Paso racist crime for the United States and Mexico. But I would emphasize one thing: I have read dozens of messages, published by friends, family members and colleagues of the murdered teacher Elsa Mendoza. They emphasize her kind and supportive nature as well as the fact that she never highlighted the differences but instead focused the similarities among her school children to show the potential of their shared resolve. Exactly the opposite of Trump.

Journalist and book author Anabel Hernandez has covered Mexican drug cartels and corruption for many years. After receiving murder threats, she left Mexico and now lives in Europe. Hernandez won the 2019 Freedom of Speech Award at the DW Global Media Forum for her work. "Against the Current" is her weekly column.

The human rights organization warns gun violence has led to a "human rights crisis" in the US. The killings of 31 people in attacks at the weekend have renewed pressure on President Trump to strengthen gun controls. (08.08.2019)

Nearly 30 people have been shot dead in El Paso and Dayton. Don't expect the violence to end — the US won't tighten its gun laws, and the president continues to sow hatred, says DW Washington correspondent Carla Bleiker. (05.08.2019)

Coronavirus: Germany to use new antibody-based drug 1h ago

Opinion: #MeTooInceste — A blind spot, not just in France 19h ago

Opinion: Protests in Tunisia come with a bitter taste 21h ago