The relationship between the EU and Turkey has become very frosty. At their summit in Bulgaria, Turkish officials will discuss human rights and military operations with their EU counterparts. 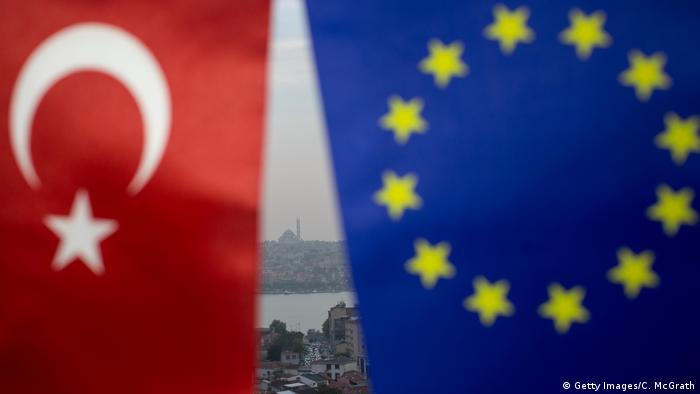 The frosty weather is set to improve at the Bulgarian resort of Varna on the Black Sea from Monday onward. However, the forecast is less promising for the political climate at the summit taking place there between leading representatives of the European Union and Turkey.

At the start of the year, French President Emmanuel Macron described relations between Turkey and the European Union as "hypocritical." And, in her address to the Bundestag last week, German Chancellor Angela Merkel was unusually outspoken in her criticism of Turkey's military offensive against Kurds in northern Syria. Turkey reacted sharply. "Some of our allies see the situation with the eyes of terrorists" was the Foreign Ministry's response.

The EU states have now recorded their current displeasure in an unequivocal declaration. In a statement published in advance of the EU summit in Brussels, the European Council "strongly condemns Turkey's continued illegal actions in the eastern Mediterranean and in the Aegean Sea" and "expressed its grave concern over the continued detention of EU citizens in Turkey."

Dialogue is clearly needed. The president of the European Council, Donald Tusk, and EU Commission President Jean-Claude Juncker will be among those in Bulgaria to speak to Turkish President Recep Tayyip Erdogan. At stake are the frozen EU accession negotiations, ease of travel to the bloc for Turkish citizens and, of course, another €3 billion ($3.7 billion) for the controversial refugee agreement.

This last will be top of the list at the summit. In her recent government declaration, Merkel made it very clear that she stands by the agreement and "will always defend it." The accord between Turkey and the EU was signed two years ago to stop refugees from Syria and other countries from traveling onward to the bloc. It's one of the reasons why the European Union, and Germany in particular, have been so restrained in their response to Turkey's attacks on the Afrin region: human rights abuses and military actions that clearly contravene international law. If the European Union alienates Turkey, the country could again open its borders to permit the movement of displaced people.

"This is a fable that's supposed to justify not exerting any pressure on Turkey," said Sevim Dagdelen, the vice chair of the Left party's group in the Bundestag. She believes that, on the contrary, the European Union should not suggest that it's susceptible to this kind of blackmail. "The EU loses credibility if it demands that countries adhere to certain values, then does nothing more than issue statements," Dagdelen said. In her view, it is preposterous that EU representatives are even meeting with Erdogan at this point. "The summit should not be taking place," she said. Dagdelen suspects that the real reason behind the European Union's forbearance is that it does not want to lose Turkey as a NATO partner. 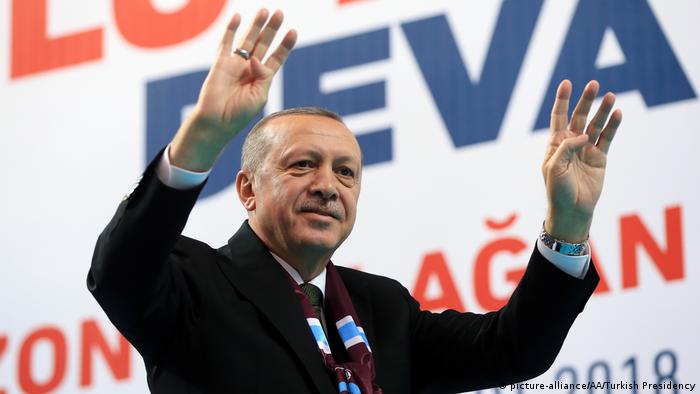 Erdogan has grown increasingly bold in his demands of international partners

There are reasons for Erdogan and his representatives to not go into the talks too boldly. "It's really not true that Turkey has tied the Europeans' hands," said Asli Aydıntasbas, a senior policy fellow at the European Council on Foreign Relations who specializes in Turkish and Kurdish issues.

There are a number of indications that the European Union could indeed exert considerable influence on Turkey — should leaders want to. The country depends heavily on its economic relations with the European Union, and with Germany in particular: "When the Turkish government makes harsh statements aimed at Berlin, stock prices and the exchange rate in Turkey fall," Aydıntasbas said.

More than one-sixth of Turkey's exports go to Germany, which has been the country's biggest customer for many years. Then there are the substantial financial contributions from the diaspora: According to Germany's Central Bank, over €800 million a year is sent back to Turkey.

Aydıntasbas, however, suspects that the German government has been reluctant to use measures to demonstrate the leverage it has. "It does deploy them on bilateral issues, as with the imprisoned journalist Deniz Yücel, but clearly there is no appetite to go beyond this," she said.