Once they took power, the Taliban have been striving to create an image of a modern Islamist movement. But behind the curtain, the journalists continue to be "a significant target," says CPJ. 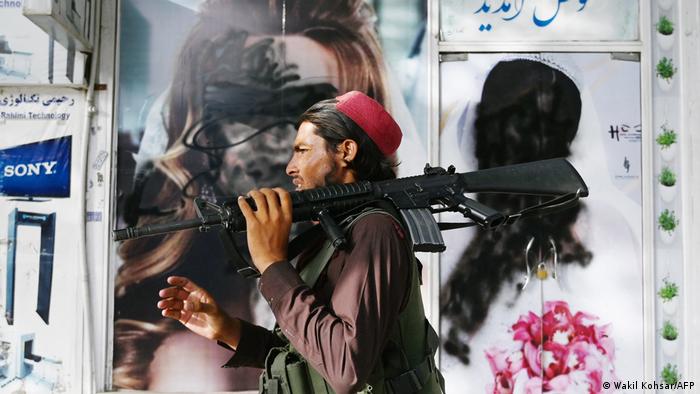 Since the Taliban took power in Afghanistan, claiming to have full control of the country, they're trying to present themselves as more tolerant than 20 years ago. Some even speak of a Taliban 2.0.

In their first press conference in late August, the militant Islamists said, journalists would be allowed to continue working in Afghanistan. Three weeks later, this statement has been contradicted by reports of detainments and beatings.

In a recent case of a brutal assault, two Afghan reporters have returned to the office with signs of torture and beatings after covering women's rights protests in Kabul.

Furthermore, the homes of some journalists had been raided by the Taliban, leading to the killing of a relative of one DW journalist who fled the country.

While many journalists have left Afghanistan fearing for their safety, others are still working or hiding. DW spoke to the Committee to Protect Journalists (CPJ) to get a better picture on the current situation in Afghanistan.

DW: How many journalists have been arrested since the Taliban came to power last month?

CPJ: In the past few weeks, we have documented multiple cases of journalists arrested and detained in Afghanistan. Over the last week alone, the Taliban detained and later released at least 14 journalists covering protests in Kabul, and at least nine of these journalists were subjected to violence during their arrests or detention.

On August 25, Taliban fighters detained Abdul Mateen Achakzai and Muhammad Ali, a reporter and camera operator with the privately owned Pakistani news channel Khyber News while the two were reporting in Kandahar. Separately, CPJ is investigating reports of the disappearance of Muhammad Iqbal Mengal, and some sources say he is in Taliban custody. For comparison, in our 2020 census, there were zero Afghan journalists behind bars.

And how many journalists were killed?

Since 1992, CPJ has documented 55 journalists killed in Afghanistan, two of those cases in 2021. We are also still looking into the case of journalist Toofan Omar, killed by Taliban militants this August, to confirm if he was killed in connection to his work. 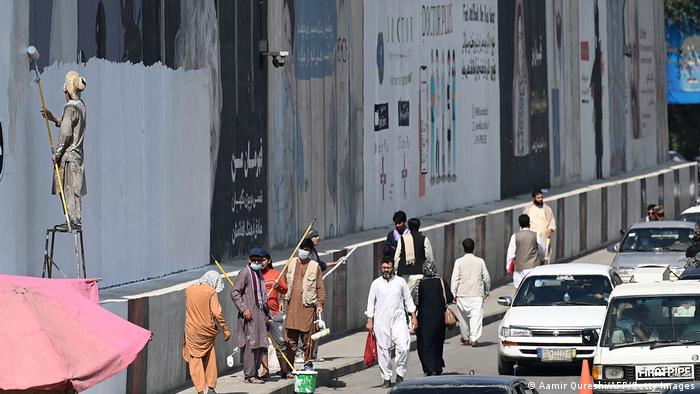 Advised by the Taliban, workers in Kabul paint over murals and pictures of women in Kabul

Some reports suggest the Taliban raiding journalists’ homes. How often is this happening and what are the outcomes?

CPJ has documented at least six incidents of journalists having their homes searched, including the DW reporters. Luckily in all cases, the journalists were already in hiding, but it only emphasizes just how real these threats are, and in many of these cases they had the equipment and personal belongings seized. That's a clear sign that the Taliban are trying to silence the voices of journalists.

Brief detentions of journalists, and this gambling between avoiding coverage and upholding the image of "new, modern Taliban" allowing journalists to work — What's your observation about how the Taliban are treating journalists so far?

Despite the Taliban's assurances to allow journalists to work, we're having serious doubts given their history of specifically targeting journalists. At particular risk are women journalists and ethnic minorities such as the Hazaras, Tajiks, and Uzbeks, who face double jeopardy because of their identities.

Afghan journalists continue to be a significant target for the Taliban. Some, as mentioned earlier, are being hunted door to door and have gone into hiding. We have also documented recent cases of the Taliban beating and whipping journalists, attacking those covering anti-Taliban protests, and female state TV anchors forced off the air. 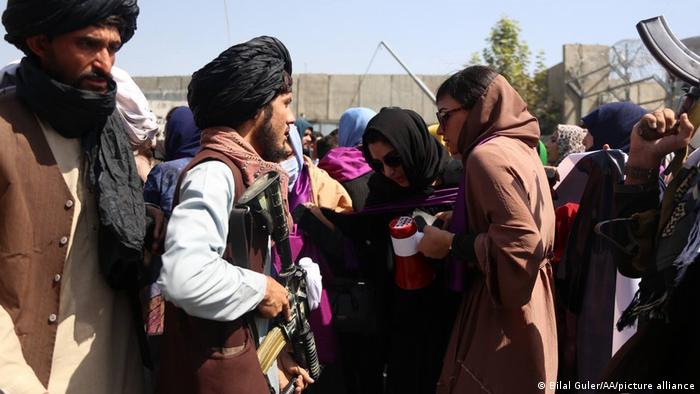 Taliban disperse a demonstration for women's rights in Kabul.

What about the evacuation efforts for those who want to leave? Are they still taking place?

Yes, there are at least three dozen cases of journalists and their families where we directly helped facilitate their escape or evacuation. Working with media organizations and governments, we have helped with hundreds of additional evacuations. We are fully committed to our work assisting journalists in Afghanistan and will continue our advocacy with governments and work with partner organizations to address journalist safety. In addition, we are calling on world leaders to ensure the safety of journalists who are still working in Afghanistan.

Nine correspondents and the only female correspondent of DW in Afghanistan were able to leave the country on Friday with their families. In total, 72 people have now been evacuated across the Pakistan border.

Afghanistan: LGBTQ people fear for their lives under Taliban rule

Less than a month after they returned to power, the Taliban have begun going after LGBTQ people in Afghanistan. Members of this group reflect on their fears and the brief moments of freedom they used to have.