The Taliban claimed responsibility for the killing of Dawa Khan Menapal — just days after they pledged "retaliatory" attacks against key government officials. 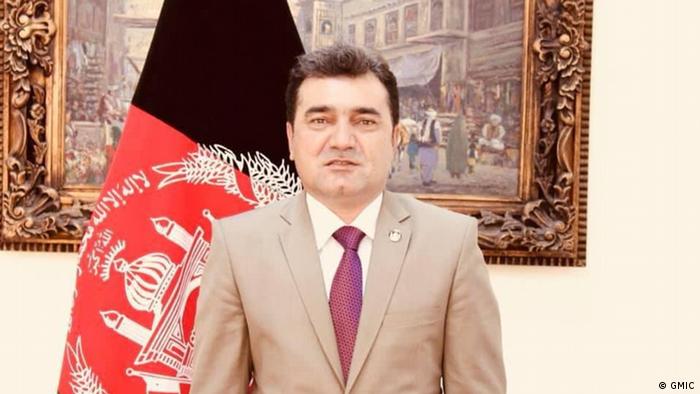 The Afghan Interior Ministry on Friday said gunmen shot and killed the director of the Government Information Media Center.

The assassination comes amid heightened tensions in Afghanistan as fighting between the Taliban and government forces escalates.

"Unfortunately, the savage terrorists have committed a cowardly act once again and martyred a patriotic Afghan," Interior Ministry spokesman Mirwais Stanikzai said of the death of Dawa Khan Menapal.

"He [Menapal] was a young man who stood like a mountain in the face of enemy propaganda, and who was always a major supporter of the [Afghan] regime," Stanikzai said.

An official said Menapal was killed during Friday prayers.

Taliban carried out a 'special attack'

Taliban spokesman Zabihullah Mujahid said Menapal "was killed in a special attack" by the group's militants and was "punished to his deeds.''

The assassination came after the Taliban carried out a bomb-and-gun attack targeting the Afghan defense minister's house on Tuesday.

Afghanistan's long-running conflict between the government and the Taliban has intensified since foreign troops began their withdrawal from the country in May.

The Taliban have since seized control of most of rural Afghanistan. They are now threatening Kabul, the nation's capital.

US and Afghan forces recently increased airstrikes targeting the Taliban in a bid to push the group back. The Taliban said Tuesday's attack was just the beginning of "retaliatory" attacks against Afghan officials.

Journalists under attack in Afghanistan

Journalists have come under increasing threat across Afghanistan, with several reports of murder and violence in a bid by the Taliban to silence voices of dissent in the war-torn country.

US Charge d'Affaires Ross Wilson condemned the killing of Menapal, who he called a friend and colleague who was focused on reporting truthful information to Afghans.

"These murders are an affront to Afghans' human rights & freedom of speech," Wilson said on Twitter.

Britain is offering refuge to Afghan journalists who worked with British media outlets and are under threat from the Taliban, UK Foreign Secretary Dominic Raab said on Friday.

"We recognize the bravery of Afghan journalists and those that have worked tirelessly to support them in the pursuit of media freedom and the defense of human rights," Raab said in response to an open letter by British media calling for the protection of Afghan journalists.