Germany wants to realign its relationship with the Taliban to meet key strategic objectives. According to a report, envoy Markus Potzel will travel to Afghanistan in the coming weeks to negotiate aid and evacuations. 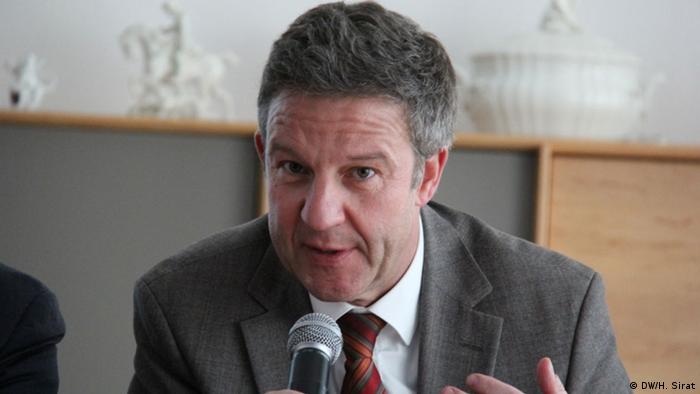 Germany will dispatch ambassador-designate Markus Potzel on a visit to Afghanistan in the coming weeks, German newspaper Welt am Sonntag reported Saturday, tasking him with updating relations with the Taliban.

The German government is seeking a reassessment of its relations in pursuit of better communication with the Islamists, who took power in Kabul in mid-August. According to Welt, there is hope in Berlin that German diplomats could return to Afghanistan in some capacity, initially just on day trips.

The federal prosecutor general is also examining the extent to which members of the Taliban can be investigated for their role in a terrorist organization if they are considered a state power, the newspaper said.

In reaching out to the Taliban, Germany hopes to be able to provide humanitarian aid to the people of Afghanistan once again.

Looking back at Germany's involvement in Afghanistan

There are also still Afghans who worked with Germans either in the German army, the Bundeswehr, or other German organizations who remain stuck in Afghanistan.

In planning steps to change relations with the Taliban, the German government is considering recognizing passports issued by the Islamic Emirate of Afghanistan, as the newly formed Taliban government calls itself. Doing so could help facilitate the departure of Afghans Germany wants to help exit the country.

Thousands of Afghans have left the country since the Taliban overran Kabul on August 15. The takeover came as US and NATO troops carried out a hasty evacuation after 20 years of war.