Two of the Bundeswehr's Airbus H145M helicopters arrived in Afghanistan to bring people hoping to flee the country to Kabul airport. The choppers will be used by special forces in combined air operations. 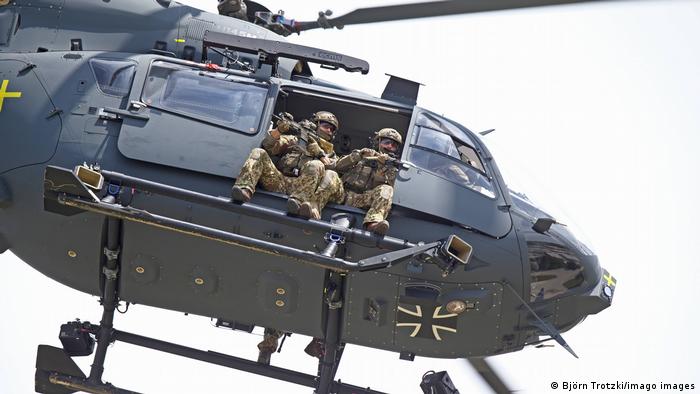 Germany has sent an additional two helicopters to Afghanistan to help with evacuation efforts in Kabul. The choppers arrived on Saturday and are expected to enhance military capability in and around Hamid Karzai International Airport in the capital.
Germany's Ministry of Defense confirmed the move in a tweet saying: "We have just informed the German Bundestag that we are expanding our operation in Afghanistan. Two H-145M helicopters are being deployed to Kabul today."

The helicopters were sent following a US military request. The Bundeswehr, Germany's military, said the aircraft will help gain access to those in danger and unable to make it to the airport precinct because of the risky security situation. Although international troops have secured the airport itself, Taliban insurgents currently surround it and have control over nearly all of Afghanistan.

Germany's head of the Bundeswehr, Inspector General Eberhard Zorn said the smaller choppers were needed in urban operations and offered more maneuverability than the larger helicopters currently being used. Speaking in Berlin on Friday, Zorn said: "This is a real air operation. This is not a taxi service." 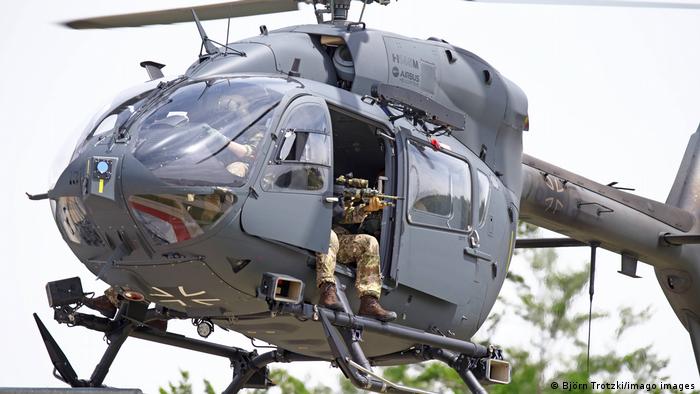 The Airbus H145M is more maneuverable than aircraft currently on hand, and is able to operate in dense urban areas

The two Airbus H145M helicopters will be assigned to the special forces and backed up by US helicopters. The choppers can land in dense urban areas due to their relatively smaller size.

Hamid Karzai International Airport has been the scene of pandemonium since the Taliban took control of Kabul six days ago. Thousands of Afghans and foreign nationals have descended on the precinct, desperate to escape Kabul. The militant group controls access to the area around the airport, which prevents many from getting to evacuation points.

The arrival of the helicopters suggests the German military could be assisting in operations beyond the confines of the airport, as measures are now being taking to get to those who cannot get close to departure points. The Bundeswehr says it has managed to evacuate 1,900 people so far. About 12,000 people have been evacuated from Afghanistan on military flights out of Kabul, and thousands more hope to leave the country.