Afghan refugees in Greece still stuck in limbo | Europe | News and current affairs from around the continent | DW | 28.08.2021

Afghan refugees in Greece are increasingly worried about their status. The EU's differing and uncertain asylum policies are making it even harder for them to cope. 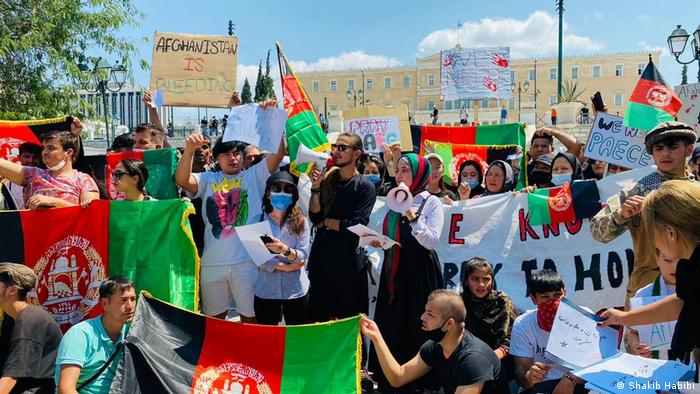 For many Afghan refugees the situation in Greece remains untenable

Forty-three-year-old Nemat Tajik had just been transferred to the Alexandria Refugee camp near the port city of Thessaloniki in Greece, when he heard that the Taliban had regained power in Afghanistan. "I felt powerless. It was like watching my mother being killed in front of my eyes," he said.

Tajik who comes from Herat, a city in west Afghanistan, left the country two years ago after a terrifying encounter with the Taliban.

"The governor of my region, who was associated with the Taliban, told me that I could continue living and working there if he could marry my 14-year old daughter. I instantly packed my bags and fled with my family. I knew if I didn't agree they would kill me and my family," he told DW.

Eager to seek protection in Europe, they traveled through Iran and Turkey and arrived at the Vathy camp in the Greek island of Samos, in November 2019.

But their lives are still in limbo as they continue to wait for a decision about their asylum status in Greece.

"Over the past few months, many of my friends from Afghanistan received negative decisions on their asylum applications. I myself received two rejections so far at the Vathy camp. I have appealed and have now been transferred to a new camp with the hope of getting my application accepted," said Tajik.

"Now more than ever, Europe needs to think about refugees from Afghanistan and not send us back. We did not escape, we were forced to flee," he said. 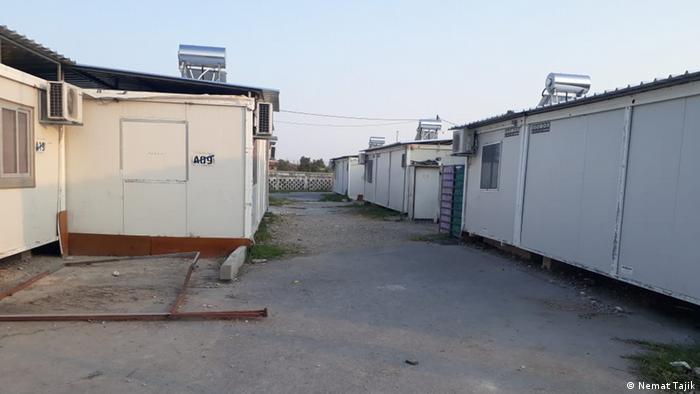 Has much changed for Afghan refugees in Greece?

Greece has been one of the main entry points into Europe for many Afghan refugees. According to a recent report by the UN Refugee Agency, around 45.3% of refugees who entered Greece by sea in June 2021, were from Afghanistan.

But their arrival in recent months has been met with deterrence. In early June, the country announced that it recognizes Turkey as a safe third-country to host refugees from Afghanistan, Syria, Pakistan, Bangladesh and Somalia.

Michael Kientzle, the director of Mobile Info Team, an organisation that assists refugees with their asylum procedure, explained how most rejections, especially for Afghan refugees, have been influenced by this new ministerial decision.

"I don't think the recent events in Afghanistan have affected asylum application rejections. What has been happening since June, is that if an Afghan refugee cannot prove why Turkey is unsafe for them, their request for asylum in Greece is rejected. They have the option to appeal but the process is long and laborious," he said.

But every rejection, and the desperation to not be deported back to Afghanistan or even a third country, has had a serious impact on the mental health of many Afghan refugees.

Simone Innico, the communications and advocacy coordinator of Samos Volunteers, an organisation which provides psycho-social support to refugees at the Vathy camp in Samos, says an increasing number of Afghan refugees are asking for support. "They're scared and worried for their family and friends back home. Some of them have been stranded on the island for a long time, waiting for their applications to be processed and are scared of being sent back under the current circumstances."

For Tajik, the past few weeks have also made it hard for him to cope. "Every time someone jokes about being sent back to Afghanistan or even Turkey, I shiver. Even my daughter starts crying if I talk to her about going back. We had a tough time there. But for the sake of my family, I hide all my worries behind a smile."

Unclear stance at the EU level for Afghans seeking asylum

Within the EU solutions to figure out how to help vulnerable Afghans seeking asylum are still vague.

"For too long the approach of Europe has been on prevention of arrivals rather than ensuring that the Common European Asylum System functions efficiently," said Catherine Woollard, the director of the European Council on Refugees and Exiles.

There has also been a lack of compliance among Member States, she said, to keep up with the common asylum obligations.

For Rathin (name changed), an Afghan refugee who recently got asylum status in Greece and moved to Mitte, a borough in Berlin, the differing asylum rules between EU countries has been very frustrating.

"I recently came to Germany and I have to apply for asylum again to be able to work. The process could take four to six months. I also have to prove why Greece isn't safe for me. If I can't do that, I could be deported back to Greece. Everything seems uncertain with the varying and complex asylum procedures," he said. 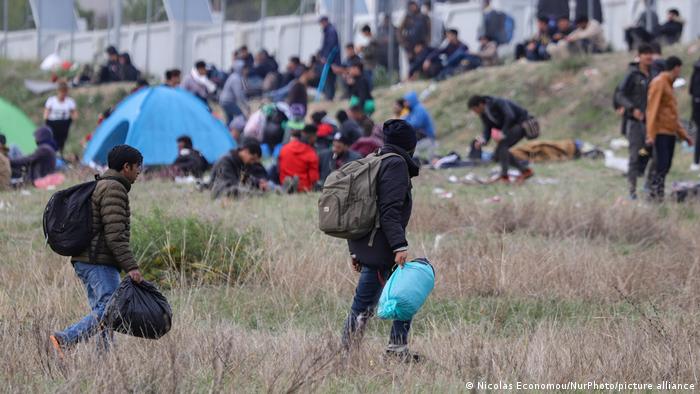 On the move with nowhere to go

Meanwhile Tajik says that his biggest worry is for all the youngsters stranded in the refugee camps.

"The lives of my daughter, son and the children of so many refugees are at stake. They are the future teachers, doctors and lawyers. If our asylum decisions are delayed or rejected, they become the victims."

Seventeen-year old Parwana Amiri, an Afghan activist and poet who lives with her family at the Ritsona Refugee camp agrees with Tajik.

"It is a very upsetting feeling because I am also a girl. We know there is no hope or future for us back in Afghanistan. We need all the countries which advocate for freedom to support people from our country and secure our future."

Asylum-seekers in Greece live in fear

As Syrians, Iraqis and Afghans pass through Balkan states, asylum-seekers from other nations remain stuck in Greece and protest against new border controls. Diego Cupolo reports from Idomeni refugee camp.