Afghan peace talks: Renewed bid to kick-start progress | Asia| An in-depth look at news from across the continent | DW | 05.07.2019

Rival Afghan factions are set to meet in Doha on Sunday in an attempt to make headway in the country's long-stalled political deadlock. Qatar and Germany are brokering the talks, but expectations are low. 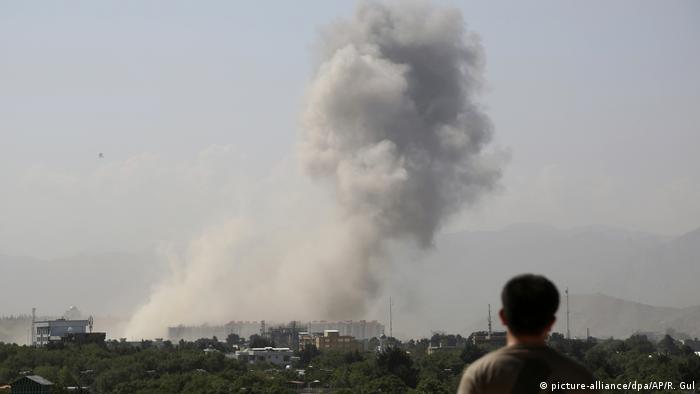 Speculation is rife in Kabul about a list of names, reportedly compiled by German and Qatari officials and kept tightly under wraps, comprising some sixty Afghan participants invited to attend a meeting in Doha this weekend. After weeks of high-level diplomatic efforts, those sixty Afghans are set to meet in Doha to kick-start discussions that could lead to more substantive peace talks down the line.

It would be the first time that representatives of the Taliban and the elected Afghan government, who continue to fight each other on the ground, would sit at one table. The meeting follows several rounds of talks in Moscow earlier this year that saw the Taliban and Afghan politicians — with the conspicuous exception of government representatives — meet for informal talks.

But details on what would be a historic meeting are hard to come by. The list "is really hush-hush," one Afghan observer told DW. "The German embassy has told those attending not to speak about it."

The names on the list could anger any number of the key players in Afghanistan. The Taliban have so far refused to directly negotiate with President Ashraf Ghani and members of his government — with one Taliban media outlet recently calling them "a bunch of war profiteers and mafia bosses" and "stooges" of the "American invaders." 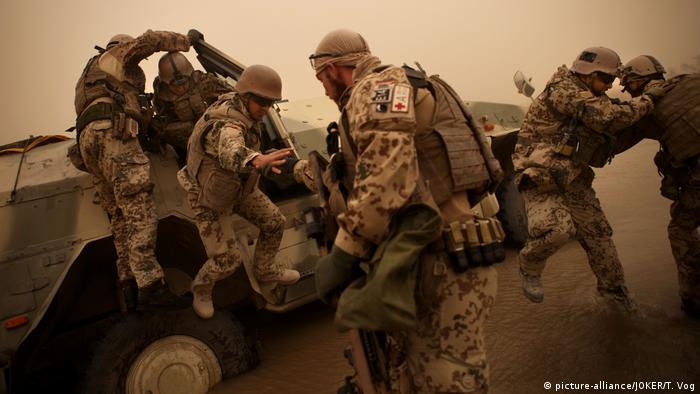 Germany provides the second-largest contingent of troops in Afghanistan, currently totaling some 1300 soldiers

Against this tense background, German officials have stated that anyone taking part will do so in a "personal capacity."

Suhail Shaheen, spokesperson for the Taliban's political office in Qatar, told DW that Germany could not serve as a "good host" to peace talks, given its military presence in Afghanistan. "But at the same time, we welcome any effort that aims to put an end to the ongoing war in Afghanistan and the presence of foreign troops in the country."

With presidential elections set for late September, the Afghan government may seek to draw political capital from the talks — or even, as some observers fear, attempt to torpedo any progress should it seem politically opportune to do so.

Many Afghans, moreover, are peeved that they do not know who will be representing them in talks that may determine the future of their country.

German officials have been shuttling back and forth to Kabul and Doha for weeks to draw up the list and prepare the meeting. They have tried to make the list as representative as possible, inviting women and members of religious and ethnic minorities in a near-impossible attempt to placate the many stakeholders.

Ahead of the weekend, one official admitted somewhat wryly that even just getting the participants onto the charter plane to Doha for talks would be somewhat of an achievement. Officials are extremely cautious about the outcome of the event, given that a previous attempt to bring the insurgents together with government officials in Doha collapsed in April in a dispute over attendees.

On the ground, the Taliban and the government continue their protracted and deadly conflict: According to the UK-based Armed Conflict Location & Event Data Project, or ACLED, Afghanistan is one of the most lethal conflicts in the world. In 2018 alone, 41,000 people died in the war.

None of the rounds of talks kept the Taliban from launching their annual spring offensive. Just earlier this week, at least six people were killed and dozens injured, including many children, in a Taliban attack targeting the defense ministry. The Taliban are in control of large swathes of the country, according to some estimates more than fifty percent of the territory and are seen as negotiating from a position of strength. At the same time, officials stress that the Taliban's foot soldiers are weary of fighting.

While it is up to the Afghan delegation to set the agenda, a cease-fire agreement is likely to be high on the list of priorities at the talks, which will see the German and Qatari delegations leave the room once the discussions begin.

Markus Potzel, the German government's Special Representative for Afghanistan and Pakistan has been a key player in pushing the talks ahead. In a statement released earlier this week, he expressed his "hope that this event will contribute to trust-building among key stakeholders" and "foster peace and stability in Afghanistan and the wider region."

Ahead of the weekend, Germany's foreign office refused to speculate on whether the meeting could lead to further rounds and eventually even peace talks, preferring to "take it one step at a time." It further noted that down the line, other important regional actors such as India, Pakistan and Iran would have to be involved in the process as well.

Sunday's meeting comes at a time when the US and Taliban representatives are scrambling to finalize a draft agreement that will outline the withdrawal of American and NATO troops from Afghanistan — a key Taliban demand. The US, in turn, wants Taliban guarantees that the group will not allow Afghanistan to be used as a base for foreign attacks — which was a major factor in the US invasion 18 years ago.

There seems to be some progress, according to Taliban spokesman Shaheen, who told DW there "have been some developments, but they are not finalized. The US is pushing for a deal before September, which would allow Afghanistan to hold elections later that month — a development many fear could inject new instability.

Risking it all to play soccer

The girls who risk their lives to play soccer

But Washington is also forging ahead, because US President Donald Trump has stated he wants to withdraw all American troops from Afghanistan as soon as possible. Should America do so without a political agreement between the Taliban and government, however, the troop pullout could leave a dangerous vacuum in its wake.

The Americans' haste has worried many: Sima Samar, a former Afghan women's affairs minister, who now chairs the independent Human Rights Commission, told DW that "we should not rush, because peace building requires patience and deep understanding and planning.”

Samar said she was not invited to join the talks, but hoped it would lead to a process and "outcome" that would benefit the country as a whole. "I think we know that the Afghan problem does not have only a military solution," she said. "We need to talk to the enemy."

As US and Taliban negotiators make progress in their talks on the issue of foreign troop withdrawal and counterterrorism, Germany is mulling over a strategy to continue its engagement with the war-torn nation. (20.03.2019)

How chickens are improving Afghan lives