Afghan President Ashraf Ghani has turned down the resignations of three senior security officials and ordered them to find ways to halt militant attacks. The trio had offered to quit over rising violence in the country. 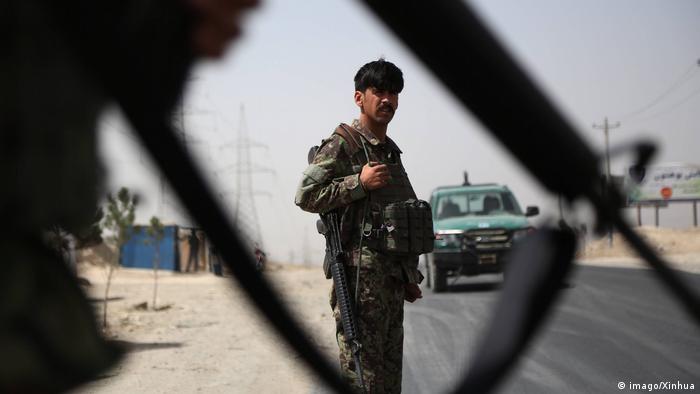 "President Ghani did not approve their resignations... and gave them the necessary instructions to improve the security situation," a statement from the presidential palace said.

The offers to step down followed the resignation of Ghani's national security adviser and close ally, Hanif Atmar, on Friday. Atmar, one of the country's most powerful politicians, has been replaced by former ambassador to the US Hamdullah Mohib. 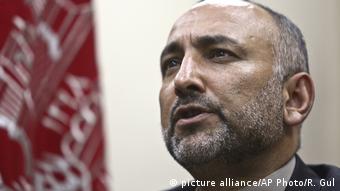 Atmar has been a mainstay in Afghan politics since the late 1980s, when he began his security career under the Soviet Union-backed government. He served as interior minister under former President Hamid Karzai and had been the country's top security official under Ghani since 2014.

Afghan local TV station Tolo News reported Saturday that his resignation was a result of his disagreements with the government on issues such as national unity, peace and security, as well as regional and international relations.

The security situation in Afghanistan has rapidly deteriorated over the past few months. A number of recent deadly attacks by the Taliban and suspected "Islamic State" militants, including a rocket attack on the presidential palace in Kabul, have shaken the nation.

On Saturday, at least two people were killed and four others wounded when a suicide bomber attacked the office of the Election Commission in eastern Nangarhar province. Afghanistan is set to hold parliamentary elections on October 20, which has elevated the risk of attacks throughout the country.

Afghanistan will not attend peace talks with Taliban in Moscow

Kabul will not be sending a delegation to Russia-led peace talks with the Taliban in September, the Foreign Ministry told DW. The Afghan government said only it can initiate a peace process. (22.08.2018)

At two least gunmen have been killed while attempting to lay siege to an intelligence facility in the Afghan capital. A day before, scores of students were killed in an attack described by rights groups as a war crime. (16.08.2018)

At least one cleric and several civilians have been killed in the city of Herat, despite Taliban claims they have improved security.

IS militants and other insurgents now comprise the biggest military threat to the Taliban in Afghanistan. Militant groups do not have the capability to launch international attacks this year, according to a UN report.