Advertisements That Watch You Smile | Germany | News and in-depth reporting from Berlin and beyond | DW | 10.07.2007

Advertisements That Watch You Smile

German researchers have developed a new tool to recognize emotions as they flicker across the human face. Rapid facial analysis has huge potential for advertisers, but some are concerned about protecting privacy. 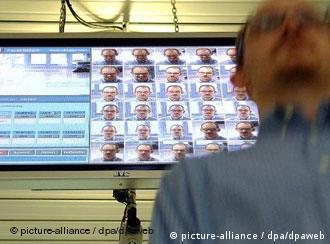 Faces tell a lot about likes and dislikes

Imagine the following scenario: a perfume advertisement hangs in the departure lounge of an airport where thousands of people see it each day. Some people stop and stare. Others walk by amused. Still others seem puzzled.

Usually, advertisers can only guess at the public's reaction to a new ad campaign. But new technology under development by researchers at the Fraunhofer Institute for Integrated Circuits (IIS) in the southern German town of Erlangen makes that type of data instantly accessible to advertisers.

A small video camera records the face of each person who passes and registers whether the person looks happy, surprised, sad or angry. Complex algorithms find faces in a video image, count the number of people watching an ad, distinguish between men and women and analyze their expressions. Plus, it all happens in real time. 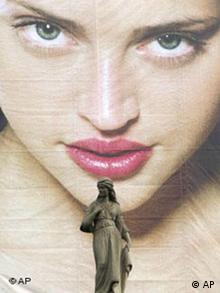 Does she make you smile?

If finished, such new software could change the way advertising is done, said Ross Anderson of the Foundation for Information Policy Research, a leading think tank monitoring new technology, based in Great Britain. Instead of a slow process which relies on focus groups, advertisers can see the response to their campaigns and change tactics quickly.

The IIS has finished a basic prototype and can distinguish between happy and unhappy, but is still working to fine tune other emotions. The recognition rate for differentiating men and women is at 90 percent, project manager Christian Küblbeck said.

While Anderson said he doesn't see any problem with advertisers using technology to find out whether people like what they see, facial analysis presents broader privacy concerns.

"There's an enormous drive these days to identify everybody, everywhere," Anderson said. 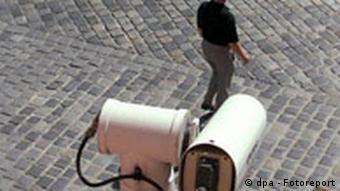 Video monitoring is already common in stores and for security reasons. In Great Britain many large cities have video cameras on public streets. In Germany, cameras are commonly used in railroad stations and airports as a terrorism-fighting tool.

Video monitoring brings up a variety of issues about privacy rights, said Melissa Ngo, of the Electronic Privacy Information Center in Washington, D.C. This is particularly true when people are being watched for commercial purposes.

Ngo said any time there is video surveillance, people need to be informed and understand what the information will be used for, who will see it and how long it'll be kept.

"With this type of technology there are always going to be significant questions," Ngo said. "People should have the right to say 'no' as well."

In the case of the IIS technology, the software doesn't identify individual people and then store the information for later. Instead, it compiles information and offers it as statistics, Küblbeck said.

"We do not store any patterns and try to re-identify the person," he added.

Berlin has announced it is investing 14.6 billion euros ($18.7 billion) in high-tech over the next three years. Germany's education and research minister says the goal is 1.5 million new jobs in high-tech fields. (31.08.2006)

While exhibitors at the CeBIT technology fair introduce the newest ways to keep tabs on consumers and their personal information, privacy activists and police are concerned about how technology can be used and abused. (13.03.2006)