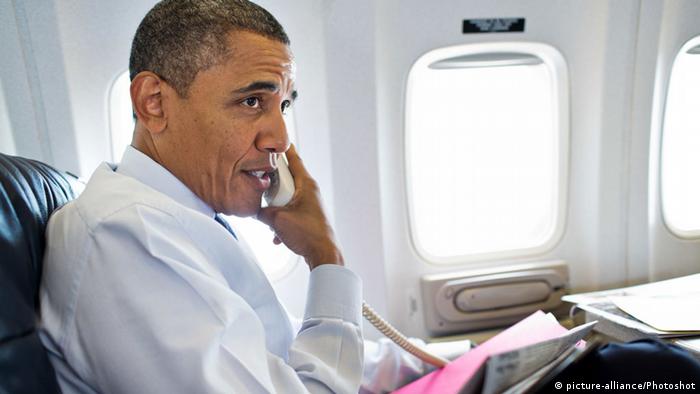 Russia's Foreign Ministry suggested President Putin expel 35 US diplomats after Washington ejected Russian diplomats. But he said he will keep his options open after examining US President-elect Trump's policies.

Israel's education minister, Naftali Bennett, has vowed that a two-state solution will be "taken off the agenda" in January when Trump takes office. He repeated a call that Israel annex most of the West Bank.

Israeli Prime Minister Benjamin Netanyahu called a speech by US Secretary of State John Kerry "deeply disappointing" and "anti-Israel." Berlin said the speech was a "call to action" for a two-state solution" for peace.

Weeks before the end of his second term, US President Barack Obama has made significant policy decisions, including expelling Russian diplomats and allowing a UN resolution criticizing Israeli settlement activities to pass.

Obama's decisions have raised questions as to whether they are aimed at solidifying his legacy in his final days in office or whether they represent an attempt to block President-elect Donald Trump from reversing his policy decisions.

Irwin Collier, director of the John F. Kennedy Institute at the Free University of Berlin, told DW that the Obama administration had effectively operated on the basis that his successor would have been former Secretary of State Hillary Clinton, and that she would have carried on with policies formulated under his tenure.

"President Obama and his administration doubtless labored up through the presidential election under the presumption - with the benefit of hindsight one might say 'illusion' - that Hillary Clinton would become the 45th president of the United States," Collier told DW.

However, the divisive November election witnessed Trump, a self-proclaimed billionaire and real estate mogul, outperform his rival in key battleground states, making him the next US president.

"Now, instead of handing off sets of policy initiatives that would span the administrations, what we are witnessing are ad hoc attempts to salvage work begun and/or completed during Obama's two terms," he added.

'Not that big of a deal'

The outgoing president announced on Thursday the expulsion of 35 Russian diplomats, and the closure of two compounds used by Russian intelligence operatives, in response to alleged interference in the US presidential elections.

But Steven Fish, politics professor at the University of California, Berkeley told DW that although this appears to be a momentous decision by the administration, "it's the kind of thing you would expect in this kind of situation."

"The sanctions aren't really that serious in terms of the effect they are going to have on Russia," said Steven Fish. "These are people who the United States have known for some time are spies. Applying sanctions to intelligence agencies in Russia that were involved in this kind of spying - it's not that big of a deal. It's rather symbolic."

Collier noted that it also served Trump's interest by placing him in a better negotiating position when he takes office on January 20.

"With regard to the sanctions for the 'cybergate' break-ins of Russia and the 'electionized' use of the illegally obtained information by a foreign power, President Obama is actually doing President-elect Trump a favor, namely it allows Trump to play 'good cop' to Obama's 'bad cop,'" Collier said.

American-Russian relations have soured since Moscow illegally annexed the Crimean Peninsula in 2014 in the wake of pro-Kremlin President Viktor Yanukovych's ouster.

Another policy decision that raised questions concerning Obama's final days in office was the US' abstention on the UN Security Council resolution that strongly criticizes Israeli settlement activity.

While the US views Israel as a key ally in the Middle East, offering more than $3 billion (2.84 billion euros) in military aid in 2015, the Obama administration has faced challenges attempting to revive peace talks, which it says will continue to be blocked by settlement activity.

However, the abstention at the UN Security Council vote last week marked a shift from Washington's traditional veto of resolutions targeting Israel.

"One can say that the US was put in a position to say something now, rather than hold its tongue for however long the Trump presidency will control US foreign policy," Collier said.

In a marked policy shift, Trump has vowed to relocate the US embassy from Tel Aviv to Jerusalem, which would undermine any two-state solution to the Israeli-Palestinian conflict. East Jerusalem is cited as the future capital of a Palestinian state, according to UN resolutions.

Meanwhile, Republican lawmakers have vowed to reverse any "midnight" decision taken during Obama's administration in the wake of the presidential election, a moment often labeled the "lame duck" period.