Access to health care a distant dream for most Indian women | Asia | An in-depth look at news from across the continent | DW | 21.08.2019

Access to health care a distant dream for most Indian women 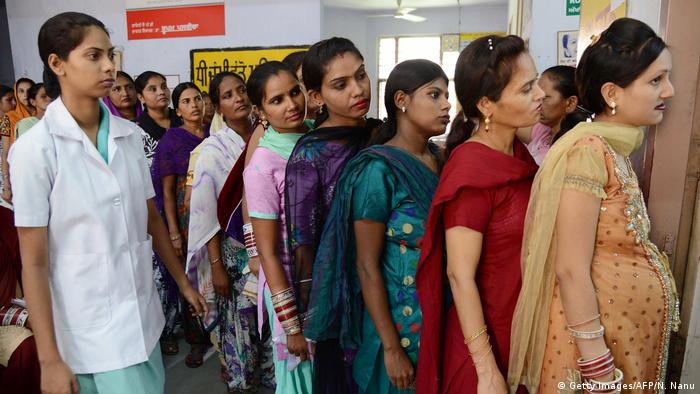 Gender-based discrimination is having a negative impact on women's health in India, according to a joint study conducted by researchers at the All India Institute of Medical Sciences (AIIMS), the Indian Statistical Institute, Prime Minister's Economic Advisory Council, and Harvard University.

The research examined the records of 2,377,028 outpatients who visited the AIIMS medical facility from January to December 2016. The experts found only 37% of women got access to health care, as compared to 67% of men.

AIIMS is the biggest tertiary care hospital in Asia, offering highly specialized treatment. The institution treats over 2 million patients annually. Some 90% of these patients are from the four states — Bihar, Haryana, Uttar Pradesh and Delhi — with a combined population of over 390 million people. 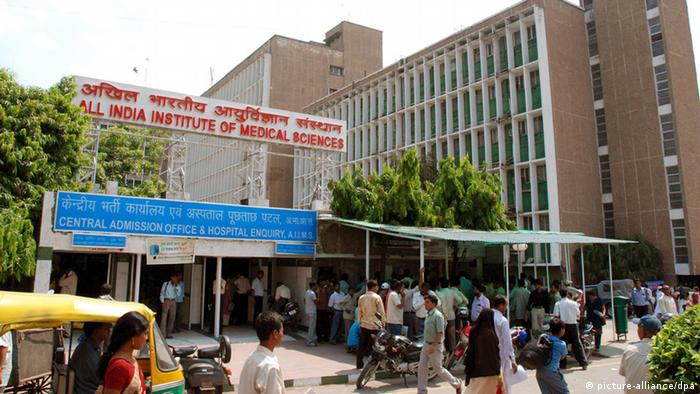 The study also revealed that gender bias increased with a region's distance from the capital, New Delhi. States like Bihar in the east, or far-flung areas of Uttar Pradesh, witnessed a lower number of women patients reporting for treatment as compared to Delhi, where access to medical care was comparatively easier.

"The study found that the cost incurred on travel has a direct bearing on access to health care for women. The higher the distance of the female patient from the hospital, the lesser the probability of women turning to healthcare," said Ambuj Roy, lead author of the study and professor of cardiology at AIIMS.

In other words, a family would not bring female members to specialized hospitals like AIIMS if it meant spending a lot of money on travel.

"This is a story of gross neglect of women's health across India," Shamika Ravi, the study's co-author and member of the Prime Minister's Economic Advisory Council, told DW.

"I think it's a national trend which, apart from gender-based sensitization and a big mass movement like Swacch Bharat [Clean India], requires the strengthening of local health care at the district level," she said, adding that improving local health care would help women gain access to it as well.

Experts like Ranjana Kumari, women's rights activist and director of the Centre for Social Research in New Delhi, feel there is a social aspect responsible for the skewed sex ratio in access to healthcare for women.

"The mental conditioning of Indian society has led to women having a very high threshold of patience and silence. Health of a woman is not a priority in our country. No one wants to invest in women's health. It works both ways because most of the time women also keep silent about their health issues," she told DW, adding that their upbringing often made them shy if they were young, or their low self-esteem came in the way of demanding access to a doctor.

Furthermore, a shortage of doctors has exacerbated the problem. According to the National Health Profile 2018, published by the Indian government every year, the South Asian country has one doctor for every 11,082 people — a figure that is 11 times more than the WHO's standard of one doctor for every 1,000 people. 75% of India's health care infrastructure is based in urban areas.

Activist Kumari underlines several reasons for this. "The attitude of the medical fraternity in the rural areas has been irresponsible. A large number of doctors are unwilling to work in remote villages as it is not financially lucrative," she said. As a result, health care facilities are operated by private companies, which are too expensive for poor people and those who have retired from their jobs, she added.

Figures released by the Indian government in its annual National Health Profile report 2018 highlights low government spending on public health care. The government spent only around 1.3% of its Gross Domestic Product (GDP) for healthcare, significantly lower than the global average of 6%.

The World Health Organization's (WHO) country health profile for India shows that Indian women have a higher life expectancy compared to men.

Health experts have called for a greater government involvement to improve women's access to medical facilities.