A new home for E.T. and countless other cinema-related iconic items: Los Angeles has finally fulfilled its dream of establishing an industry museum. 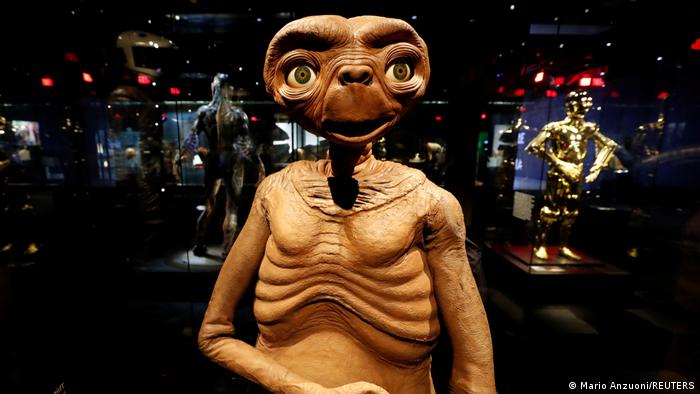 E.T. has found a home at the Academy Museum of Motion Pictures

Film buffs will now have a new pilgrimage site to visit in Los Angeles besides Hollywood's legendary Walk of Fame.

The Academy Museum of Motion Pictures will finally open its doors on September 30, after many delays.

It was founded by the US film organization of the same name that hosts the renowned Academy Awards. The annual awards ceremony is one of the world's most spectacular media events, with the Oscar — a gold-plated statuette — considered the industry's most prestigious award.

The US film industry had already begun pushing for its own museum as far back as 1929, two years after the Academy was founded. But those plans soon fizzled out, with a later attempt in the 1960s falling through too. Cinema was probably not ready then for its own museum.

The 2008 financial crisis saw the venture faltering again, but a few years later, plans for a Hollywood museum finally gained momentum. The prestige project took almost 10 years, and the inauguration of the museum was postponed several times, most recently due to the COVID-19 pandemic. 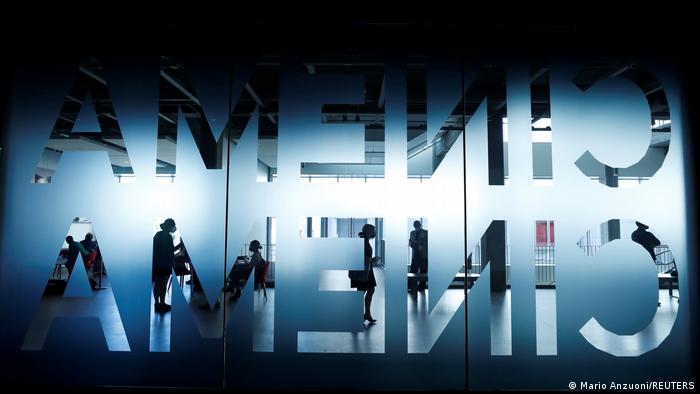 Now it has finally come to fruition. "Our inaugural exhibitions and programs tell the celebratory and diverse stories of filmmaking — the technology, artists, history and social impact on our past and present — while not shying away from critical perspectives that can only enrich our future," said Bill Kramer, director and president of the museum, in a press statement.

The Academy has spared no expense and effort and built itself an impressive institution, which actually consists of two buildings. The fully renovated historic May Company building — now renamed the Saban Building — dates back to 1939. It is connected via three largely transparent bridges to a dome made of glass, steel and concrete called the Sphere. 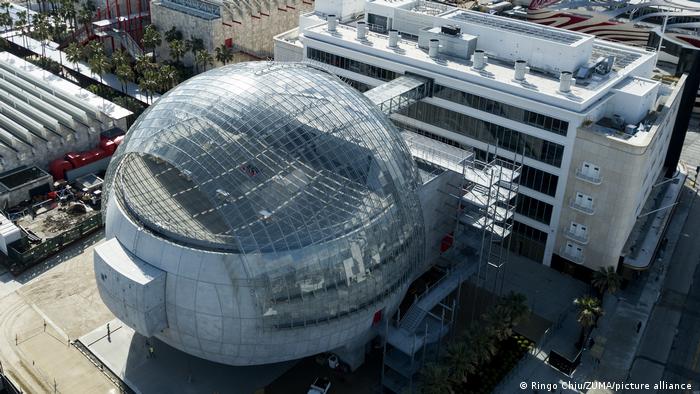 Lots of bling: A bird's eye view of the Academy Museum

The Sphere houses a huge cinema for 1,000 viewers — with red upholstered armchairs, a large screen and perfect acoustics.

It is the brainchild of Pritzker Prize-winning star architect Renzo Piano, who became famous for buildings such as the Centre Pompidou in Paris and London's triangular skyscraper, The Shard.

If Piano hadn't become an architect, he said in a press statement, he could have become a filmmaker. Thus, his work on the Academy Museum gave him the opportunity to combine both passions.

The Academy also paid tribute to the Tongva, the indigenous people who lived in this area long before it became a glitzy film center. "We honor and respect the Tongva ancestors and the Tongva community who have nurtured this land and water through traditional practices, commitment, art and education, and have worked to protect cultural resources," the Academy said in a letter.

"My personal highlight in the museum is the Aries 1B from Stanley Kubrick's 2001: A Space Odyssey," Jessica Niebel, former curator of the German Film Museum and now curator at the new Academy Museum in Los Angeles, told DW.

But picking a single favorite exhibit in the museum is definitely a challenge. By its own account, the Academy owns the largest collection of film-related items in the world, including more than 13 million photographs, 250,000 film and video recordings, 71,000 scripts, 67,000 posters and 137,000 works of art, remnants of film sets, storyboards, newspaper clippings, personal correspondence and bequests from Hollywood icons such as Alfred Hitchcock and Katharine Hepburn.

Some of these are now on display in the new museum, such as the head of the creature from Alien (1979), animation masks from Tim Burton's film The Nightmare Before Christmas (1993), the typewriter on which Joseph Stefano wrote the screenplay for Psycho (1960), and Judy Garland's shoes, which she wore as Dorothy Gale in The Wizard of Oz. 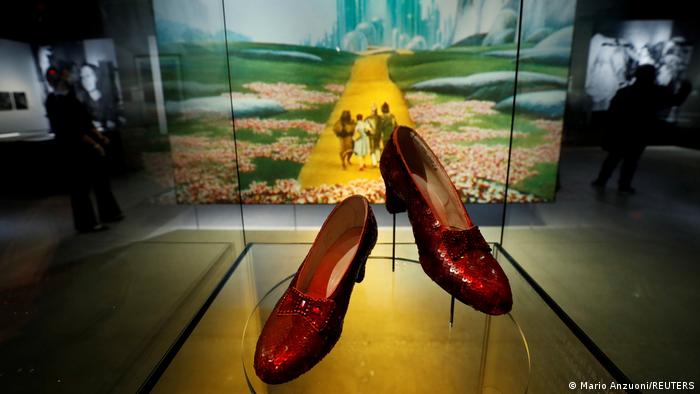 Dorothy's Ruby Slippers from 'The Wizard of Oz'

Some printed and research materials from the Margaret Herrick Library will also be on temporary display, such as a page of the screenplay adaptation of To Kill a Mockingbird (1962), on which lead actor Gregory Peck had jotted down all sorts of notes.

But the museum also highlights not-so-glorious moments. There's the 1940 Academy Awards, for example, when Hattie McDaniel became the first African-American to win an Oscar for her supporting role in the Southern epic Gone with the Wind. At the awards, however, she was not allowed to sit at the same table as the team because of her skin color; she was actually relegated to the back of the room.

Another example of racism is also addressed. In the area exhibiting costumes and makeup, there is an installation with the makeup that white actors used to paint their faces dark for the screen. Labels on make-up cans bear designations such as "Chinese" and "Black (Minstrel)." Minstrel shows were American theatrical performances developed in the 19th century where white entertainers caricatured African-Americans. 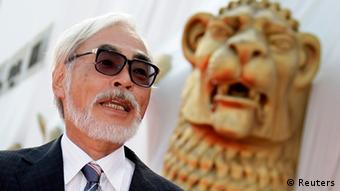 Not wanting to focus only on the US film industry, the Academy Museum has dedicated its first temporary retrospective to Hayao Miyazaki, the Japanese director and grand master of animated film, or anime. He is credited with bringing animated films to the fore at the major film festivals in Cannes, Venice, and Berlin.

A co-founder of the legendary Studio Ghibli, Miyazaki created films such as My Neighbor Totoro, Kiki's Little Delivery Service and Ponyo. Miyazaki's world of animation, which is alternately touching, imaginative, childlike, and educational, can now be viewed at the museum.

"He is one of the most important and influential filmmakers of our time, still active even though he is over 80," says Jessica Niebel, who adds that there aren't any other Hayao Miyazaki exhibitions in the world, making theirs exclusive. The show also allows the new institution "to emphasize that we are a film museum dedicated to international filmmakers, not just US films, and certainly not just Hollywood." 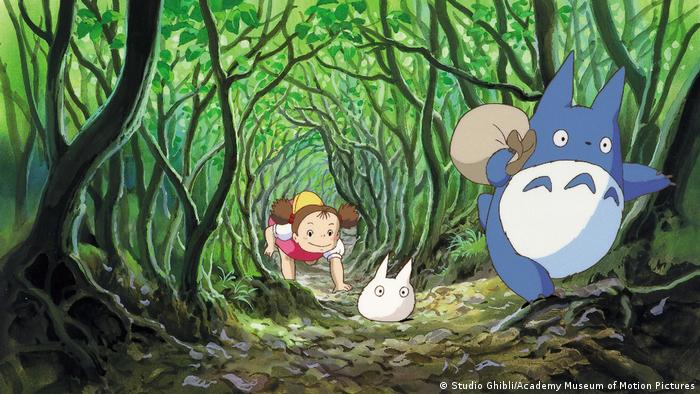 Relegated to a museum?

The #MeToo debate, which originated in the film industry in 2017, has exposed the dark underbelly of this dream factory.

Even before the COVID-19 pandemic caused financial damage to many movie theaters, streaming services like Netflix, Amazon, and Hulu started encroaching into theatrical distribution territory with star casts and glossy formats.

Will cinema and actual film theaters become dinosaurs that can only be revisited in a museum? Curator Jessica Niebel is not worried: "Cinema is 120 years old. It was the most influential medium of the 20th century," she points out. "In a modified form perhaps, it will continue to reach people from all over the world and stimulate discussion."

Of course, Niebel adds, "the film world has changed as a result of the crisis, but cinema has survived several crises, it is not doomed. So that's not why the museum was created. It should be a place where you can exchange ideas about the medium."

This article was translated from German. Following its publication, it was updated with quotes from curator Jessica Niebel.